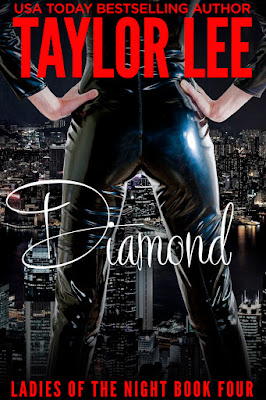 
“USA Today best-selling author Taylor Lee brings the series to an stunning conclusion with Diamond, the final book in Lee’s provocative new series, Ladies of the Night.  The Ladies are covert agents in a highly secret, off the grid security organization.  Highly trained fighters, they’re as gorgeous as they are dangerous to the evil men they’re hired to bring to justice. The only thing these formidable women are NOT is “ladies.”

Riley Davis, Code Name: Diamond, founded Ladies of the Night after she was fired by the third off the grid security firm for not being a “team player”. Riley filled her company with women like herself—former military hotshots who were tired of being dismissed by their male counterparts because of their beauty and independence. To fund her insurgent company Riley appealed to Ian Ross, a Washington power broker who agreed to fund her firm for a percentage of the profits. The arrangement works in the beginning but begins to rankle as the two tussle for control.

Surprised when Col. Ross asks her to partner with him on a covert operation, Diamond finds herself plunged into the cesspool of Washington Politics at the highest levels.  When their client turns out to be the #1 suspect in the murder of the man running against him for the U.S. Senate, the two agents are caught in an untenable situation.  A situation almost as conflicted as the one that has been brewing between Diamond and her attractive investor. In a deadly mix of murder, lust and politics, Diamond finds herself faced with losing her company or her heart—or both. 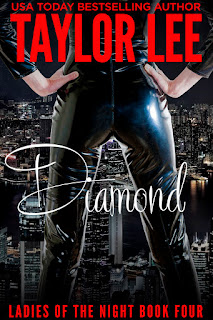 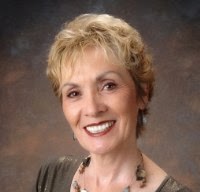 In the less than four years that she has been writing, Taylor has written more than thirty books.  Her six, soon to be seven, series track her Special Operatives, Covert Agents, Cops, Firefighters and other iconic heroes and heroines, through the harrowing situations that make up their lives. From human trafficking rings to corrupt politicians, Taylor investigates the underbelly of society and the criminals who flourish there.

Taylor says:
“From the residue in my personal blender of mixed races, cultures and world views, my characters emerge. It comforts me to know that while evil slinks in the shadows, the “good guys” of the world sniff it out – and snuff it out.

My characters are arrogant alpha males and the feisty women who bring them to their knees – and vice versa… They fight hard, love hard and don’t mince words. They are dangerous men and women in dangerous times. Love, passion and ridding the world of evil? What’s not to like?”