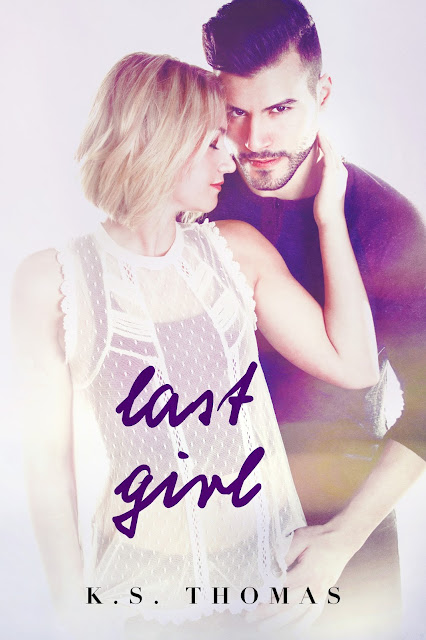 When Beatrix ‘Trix’ Daley loses her twin brother Bo in a tragic accident, she inadvertently gains his best friend, Penn, whether she wants him or not. Penn is the exact opposite of her brother. Obnoxious. Cocky. And out to sleep with as many women as possible. But he knows. He gets it. Because he lost Bo, too.
Penn’s been going out of his way to piss off Trix since he was six. Twenty years later, and getting under her skin is still his favorite pastime. And Bo’s still the only thing that keeps them tied together. Even if he has been dead for eight years.
For better or worse, Trix and Penn have been the constant in each other’s lives, and the line between love and hate continues to blur at a steady rate…but Trix is the last girl on earth a guy like Penn should fall for. So there’s no telling which side of love and hate they’ll wind up on when all is said and done. And whether they’ll wind up there, still together...or not. 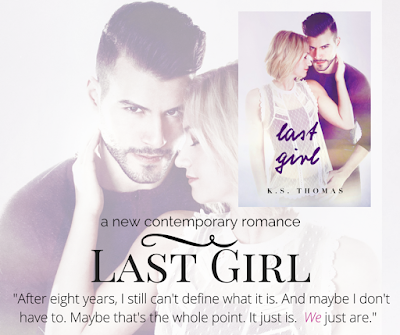 Trix smells like Lucky Charms and her cherry pomegranate soap. I hate when she stands this close to me. She always makes me hungry. And not for cereal.
“You wanna talk about where you were when I walked in here?” I know where she was. Getting sucked in by the darkness. I’ve seen it happen often enough over the years to recognize the signs, I just can’t figure out how to stop her from going.
“Just thinking about starting my new job tomorrow.”
Liar.
But I’ll go along with it. For now. “Private practice this time, right?”
She nods, and her eyes shoot straight up again until they’re laser locked to my forehead and the work she’s doing there. “Yeah. Dr. Patterson. He’s a plastic surgeon who specializes in reparative surgeries. Does tons of pro-bono work helping families whose babies were born with birth defects.”
That explains her interest in working for him. Trix doesn’t do anything unless it’s for some cause or another.
I notice her gaze drop automatically expecting my response. It’s funny how it happens even when she’s so clearly fighting it.
“Sounds like your kind of doctor.”
I can feel her pressing down the small strips of tape over my brow. Then she steps back, examining her work. “Hope so. I interviewed with his office manager, so I haven’t actually met him yet. Kind of nervous, actually. What if he doesn’t like me? I really need this job.”
I rest my hands on her hips, twisting them back and forth playfully in hopes it will get her to smile.
“Come on, Trix. Not like you? How would that even be possible?”
She arches her brow skeptically. “You don’t like me.”
“Yeah, but that’s different.”
Her eyes widen and she throws her hands up at me. “How exactly is that different?”
“Because.” Still, I grasp her hips again and move her toward me, staring straight up into her teal eyes which are currently trying to ice me to death. “I love you, so liking you isn’t necessary.”
“Yeah well, I’m not sure what you feel for me is love. It’s more like hate that got so old and moldy it became unrecognizable to the point it could be easily confused for love.”
I smirk.
“You sound like you’ve put some thought into this. Are you saying that what you feel for me is nothing but old and moldy hate?”
She presses down on my shoulders to push herself away from me and out of the hold I keep placing on her. “Yeah. Pretty much.” Then she busies herself cleaning up the bloody gauze and leftover supplies from fixing up my face. She pauses briefly, a look on her face like she’s just thought of something. “Do me a favor and don’t pick at that. I’ll check it when I get home tomorrow and change it out if I have to. It should be fine though. Couple of days and it’ll be well on its way to healing.”
“Thanks.” But I don’t move. I just sit here and continue to watch her clean up. She’s back in her head, unraveling. And I can’t stop it. 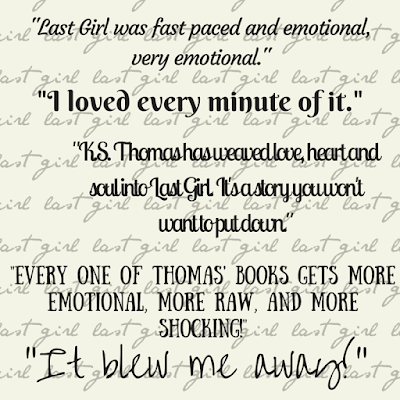 So, Penn. You're a single, attractive guy. Let's jump right in with some of the more important questions. When it comes to women, what are some of the qualities you're looking for?
Trix: It's not so much their qualities as it is their parts. If they've got double ds and a vagina, he's pretty much interested.
Penn: Shows how much you know. Shocking though it may seem to you, I actually do have some standards.
Trix: Name one.
Penn: Alright. Here's one. They have to know how to match their damn socks.
Trix: Jackass.
Now, now you two. Let's keep this friendly, shall we? Alright, so maybe we should approach this from another angle. Why did your last relationship end, Penn?
Penn (glances at Trix) : What? You didn't want to jump in on this one?
She shrugs.
Penn: My last relationship, if you can even call it that, ended because she was a psycho who liked to watch me in my sleep.
I feel ya, Penn. No one likes the psycho-stalker types. Next question, lets see...okay, now that we know what you're not into, lets talk about you. What would you say is your greatest quality?
Penn: My loyalty. Which some might find ironic, but the people I care about, they know I've always got their backs.
I'm sure that's something your friends really appreciate knowing about you. One last question before it's Trix's turn.
Penn: Shoot.
What is in your refrigerator right now?
Penn: Um, probably some water bottles, a half empty jug of OJ and a box of Pizza from Julian's. We don't tend to do a lot of grocery shopping at the house.
Trix, you're up. Since it's pretty apparent the two of you have a rather close, albeit rocky, relationship, what would you say is your biggest pet peeve when it comes to living with Penn?
Trix: You mean other than him leaving the toilet seat up? I don't know. There's the way he drinks and eats everything straight out of the containers. Or, the way he insists on walking around naked...yeah, I know, like what's my problem, right?! Well, you try talking to him about day to day stuff while his junk is hanging out. It's not all that easy.
No, I imagine it wouldn't be. Although, I'm not sure I'd be complaining about it. Anyway, moving right along. What would you say is your greatest accomplishment to date?
Trix: I don't know that I would call it an accomplishment, but what I'm most proud of is the work I've been able to do through Doctors Without Borders. It just means so much to me to be able to go out and do what I was trained to do in places where help is so lacking and so desperately needed.
That's really admirable, Trix.
Trix: Thank you.
Wow, that was some serious stuff, let's lighten things up a bit. What would you say is your all time favorite movie.
Trix: Practical Magic. I could watch that movie over and over again.
Penn: No shit.
Trix: You love that movie and you know it.
Penn:I do NOT love that movie and YOU know it.
Trix: Then why do you have it memorized?
Penn: Oh, I don't know. Maybe because you've made me watch it a hundred million times.
Trix: Be serious, Penn. I can't make you do anything you don't secretly want to.
Well, I get the feeling you two are getting derailed here again, so I'm going to close the interview with my last question for Trix. What is on your nightstand at this very moment?
Trix: On my nightstand? That would be my lamp and a framed picture of my brother,Bo, Penn and myself, taken when we were kids shortly after we started school together.
Where it all began.
Penn: You have no idea...

Dog Lover who likes her pastries full of cream and sugar….oh…and I write some ;-) 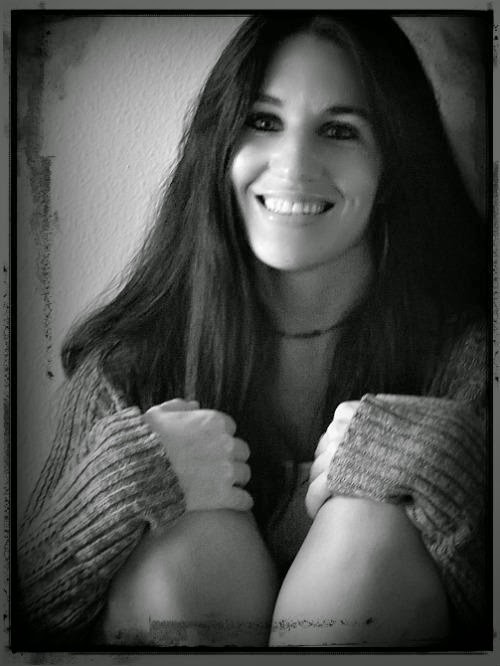 Aside from being an author, I am also a mom to a beautiful 5 year old little girl. I tell everyone I named her after my great-grandmother (because that’s the mature answer), but really, I named her after my favorite princess – just so happens I got lucky and they had the same name…If I wasn’t a writer, I would work on a horse ranch – I’m an animal lover (in addition to dogs, horses are at the top of my list). I wear flip-flops pretty much everywhere I go. I would rather stay awake until 5 am than get up at 5 am (years of bar tending have left their mark), if I can, I’m going to the beach AND I will always be nice to people who bring me chocolate…or coffee…if you bring me both, I’ll probably love you forever.A gypsy at heart, I write the way I live, following the story wherever it may lead, always ready to start the next one. This is clearly reflected in my body of work which to date includes everything from Children’s Lit to Thrillers.
I happily reside in sunny Florida (for now) and always enjoy hearing from fellow readers!!