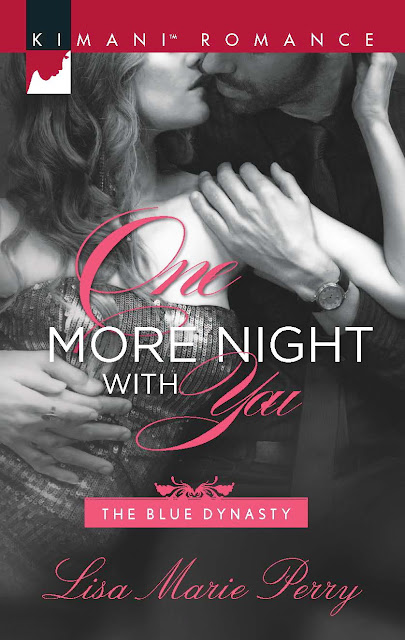 Loving him is a dangerous job…

Former DEA agent Josephine de la Peña loved Zaf Ahmadi once—and she's got the bullet scar to prove it. No wonder she holds a grudge against her hacker ex. But now, just as Joey's preparing for a new job with the Las Vegas Slayers, Zaf reappears, insisting she's in danger. The sexual pull between them is still as intense, and liable to hurt more than any gunshot.

Even if Joey could forgive him for the botched drug bust that got her injured, Zaf can't forgive himself. Obsessively hunting for the criminals who killed his cousin warped his judgment. To protect Joey, he suggests he pose as her boyfriend. As long as he can keep emotional distance, he can keep her safe. Until the case presents him with a choice: pursue the vengeance he craves—or try to turn one smoldering night into so much more… 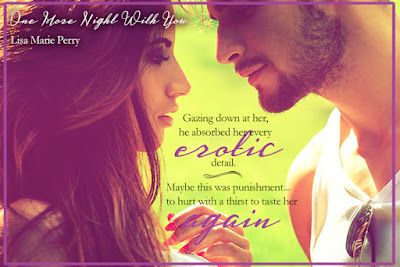 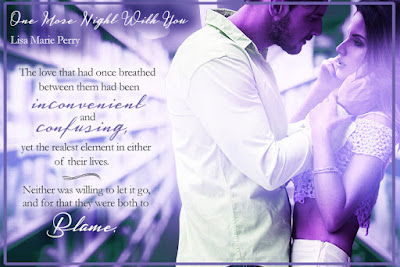 He didn’t find the boldness in her tone authentic but accepted the words as a gauntlet thrown. He wasn’t shy; he was desperate and venturing into trouble he couldn’t mend.

Zaf leaned, angled his head, and she met him halfway. Her glossy lips were slippery under his kiss, teasing him as if she was flicking a feather across his face.

“Can’t seem to make a solid landing there, can you?” she uttered against his mouth.

The almost and not quite and close misses were a game to her.

But not to him. For Zaf, this was life and death.

“Shh. Tell me something. You hacked Willa Smart’s company to get to me. Was it for this, for a kiss from a woman you used to screw?”

He’d done it because he was her protector. Compromising a matchmaker’s compatibility program was the means he’d taken to fulfill his obligation to her. Even if he’d lost his morality, he still possessed a sense of duty—whether he wanted it or not. “You were more than that. You’ve always known it.”

The love that had once breathed between them had been inconvenient and confusing, yet the realest element in either of their lives. It had struck them unexpectedly. Neither was willing to let it go, and for that they were both to blame. Because something that good couldn’t last. Not for people like them who’d done what they had.

“I got to you because I’m on a job,” he told her. Yeah, it was a vague explanation, but he wouldn’t divulge particulars now. “The kiss is because I can’t fight it. I’ve thought about you constantly since that night. It hasn’t been never-ending death, but it’s been a never-ending mindfuck.”

“It needed to happen.”

“Down deep, Zaf. You didn’t turn up at your parents’ place in Jersey or even in Pakistan. There was talk that you were dead but I didn’t think that. I knew you wouldn’t get time, either, that they’d rather have you on reserve than in a cell. About a year after… What I’m trying to say is I tried to bring you back and I couldn’t find you.”

His mind spun through the past five years. The US government had dragged his ass up for a few missions that needed a sharpshooter of his caliber on the front line, but had thrown him back afterward at his request. He was freelance—off record, off the FBI’s payroll, damn near a ghost. He wanted it that way.

“Why’d you want to bring me back?”

“To ask you why you went dirty. You cut a deal with those bastards when I thought we were on the same side. You killed me when you turned, damn it.”

So she still believed he’d defected to the drug-funneling terrorists he’d been quietly hunting since they’d captured, tortured and murdered his cousin eight years ago. The feds hadn’t gone out of their way to clean up his image, but what did it matter now? There was so much that Joey didn’t know. But she’d been a thread in a web that was bigger than DEA and even now it was necessary to lead her with lies.

“The kiss,” she said finally as fresh tears welled. “Don’t fight it.”

There was something he didn’t altogether trust about her spurring him on, but as he’d said—he couldn’t fight it. Nor would he try. Giving her what she provoked, he let go of her hand to hold her head steady. She yielded, opening her mouth to bring him home. 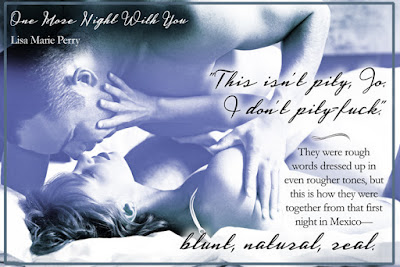 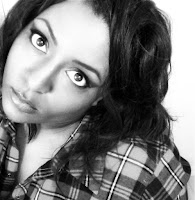 Lisa Marie Perry encounters difficult fictional men and women on a daily basis. A firm believer that variety is the spice of her life, she’s the author of sizzling, smart contemporary romance fiction featuring flawed guy-next-door heroes and larger-than-life alphas who are brought to their knees by the love of complicated women.

Lisa Marie is a Romance Writers of America member and her publishers are Harlequin, Grand Central Publishing, Kensington and Random House/Loveswept. She has received high praise from USA Today and has been nominated for an RT Book Reviews literary award. She lives in America’s heartland, drives a truck, enjoys indie rock, collects Medieval literature, watches too many comedies, has a not-so-secret love for lace and adores rugged men with a little bit of nerd.

She’s been told that she frowns too much, but she loves to laugh and appreciates pretty things, okay people and clever jokes. 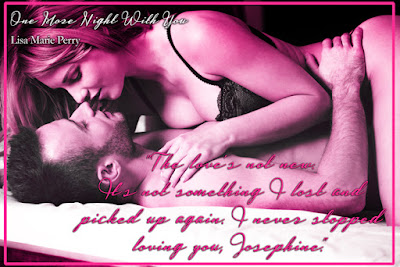