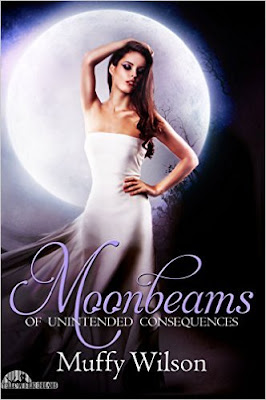 THAT night...
SHE wore a flowing, form fitted white spaghetti strapped gown that cascaded in tumbled silken folds to her abdomen and revealed her breath in the soft rise of her alabaster breasts. Her eyes reflected an emerald depth with gold flecks that edged to hazel and were framed by neat, arched brows that narrowed to her temples where her heartbeat announced the rhythm of her life. Her only adornment was a starkly white gardenia nestled in the curves of her auburn curls. The heavy floral fragrance of the corsage announced her arrival as she glided elegantly to her aisle and settled, like a dove, into her center seat. She was alone...but not for long.
Would she regret her indulgence?
HE was a towering, self-assured giant of a black man, chest broad and arms outstretched in opulent black leather. His dark mahogany eyes locked irresistibly onto her and declared his desire. The opera house erupted with his full bass-baritone harmony. His musical seduction began, and his hypnotic gaze was met by her eager response as she answered his desire with a blush.
His hypnotic gaze met her heated blush with hunger.
THEY spent an insatiable night together in Room 457 of the Historic Whitcomb Hotel locked in a magnetic embrace riding moonbeams of passion and ribbons of desire. He took her to the edge, to a special volcanic place inside, somewhere she had never before been and never been since: fiery, impatient, burning, yearning. That magnetic connection fueled a love that wove them irretrievably together in ways that only the future would disclose--a future neither of them ever anticipated.
Would the only man she could turn to help, as the secrets of the past reveal her betrayal? 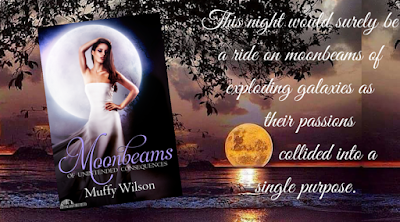 “A bientot, mem’selle,” he had said. She hung on every word with rapt expectation for their next meeting as he moved into the crowd of admirers.
She watched as he worked the room, seducing male and female alike with his charisma and brilliance. He was a master in the simple ministration of his charm. He spoke with confidence, smiled at nonsensical nervous banter and made everyone most relaxed in his presence with an effortless touch.
The night edged on and she resigned she was like all the others, seduced by the sheer presence of the man. She sought out the Morrisons and bid them a grateful goodnight. She went into the library where her wrap was hung. A manly black hand extended and took it from her grip and as she spun, he curled her into his embrace with her shawl.
“My room key at the Hotel Whitcomb. The town car service I called to take you there is waiting outside. Room 457. Have I presumed too much, mem’selle?” as he pressed himself into her body and the key card into her hand. The low melodious tone of his voice melted any thought of resistance.
“I, ah…No, you have not presumed beyond expectation. I long to taste you; I ache to feel you inside me, truly, and I thank you for your discretion. The Morrisons are long time friends of my parents who don’t yet consider me a grown woman,” she smiled into his down-turned eyes and smelled his heat.
He ran his fingertips from the wrap on her shoulder down the inside of her arm to the soft swell of her breast and lingered. His fingers caressed her naked flesh under her arm above the cut on the satin of her gown. Her knees buckled under the weight of her desire and he caught her as she fell into his full embrace.
“Oh, God,” she breathlessly gasped and looked up into his dark eyes. “Do all women respond to you like this?”
“You are not all women. Go, now. I will be there within the hour. Sooner if I can get myself out of here. Room 457, do not forget. It isn’t written on the card.” He bent and put his full lips, so soft, warm and pliant, on hers in a sweet parting kiss.
Jordan reached up and touched his ebony cheek, in a promise, then left for the town car waiting out front.
* * * * *
When he arrived, he wore a black, red silk lined cape black as he. He shed it to the easy chair and crossed the room in three long strides. He cupped her left cheek in his right palm, magically raised her to her feet in one motion, clasp her flute of champagne in his left hand, then set it on the table. He wrapped his left arm around her waist and pulled her into him and off her feet with a kiss. She melted to his will, sharing it beyond measure.
She thought she died in his embrace, time so seemed to arrest. And in some ways, she did die. She relinquished all that was she, opened herself to him and him alone in ways she had never before done or felt. She was electrified by his touch, magnetized by his kiss - destined to be his.
No, she did not die in his embrace but came alive in his arms. 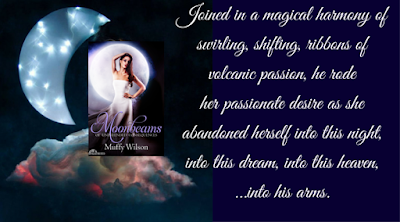