Convicted.
Imprisoned.
At only nineteen.
Just when I thought it couldn’t get any worse...
I met him.
Cohen Shephard.
The Warden.
With his sexy eyes, controlling demeanor, and badass attitude,
I was his for the taking.
And he wants me...
To help him.
In return, he’ll clear my name.
After all, I’m Benedicta Cruz.
And I’m innocent.
To an extent.
But I want more.
So much more. 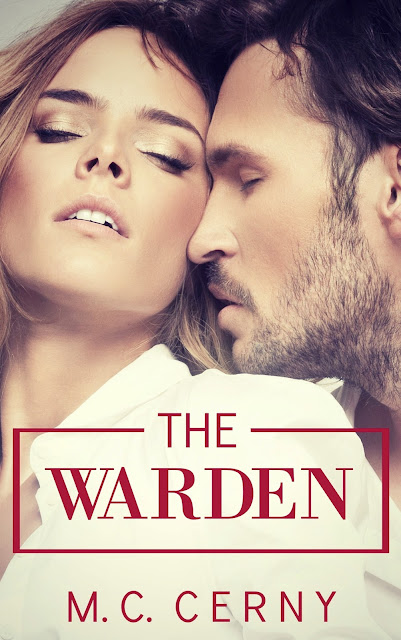 The Warden - A sexy new novella by M.C. Cerny.

“Benedicta Alejandra Cruz, you are found guilty of manslaughter and sentenced to…” I stopped listening when the verdict was read. I’d never experienced depression, but I was sure my parents had to be rolling in their graves. Their only daughter, their hope for the future, was about to be shackled in silver, skin biting cuffs and sent to prison.


In all of this chaos, the reading of the verdict was the first time I lost my last shred of hope. The grain striations of the wooden table where I sat looked more interesting than the man in robes yammering on about my debt to society. What about the debt society owed me? This wasn’t a fair trial. It was a speedy trial with an easy conviction because I fit the bill, not because I was guilty.
Circumstantial evidence, my ass.
The judge continued speaking to me, but my eyes had glazed over. “…at least five years in prison and not more than ten as per the Texas statute. Given your youth and the likelihood that this act was committed out of provocation for your safety, I have no choice but to remand you to the state correctional unit in Colby. You will stay there for the duration of your incarceration until your parole hearing. Since your arrest, you have accumulated four months of time served.”
And then there was my lazy ass lawyer who was more interested in trying to bone me in the back of his powder blue 1991 Caddy Seville than getting the evidence to prove I didn’t do it. My anger simmered and with it my jaw clamped shut. Freaking out now would only give the entire courtroom justification for the sentence. No need to show them my crazy Latina side.
I clasped my hands together to keep from punching my thighs or slapping the table in anger while the judge droned on. “That time will be credited to your remaining sentence. Do you have anything you wish to say?” The judge graced me with a fatherly glance before giving a deep sigh that marred his weathered face with a frown. He was gruff, and no-nonsense, looking me over as if he waited for my meltdown and only hesitated a moment for my response, which wasn’t forthcoming.
My face flamed, hot and shamed, but not with guilt for the crime I’d been charged with and found guilty of, but because there was nothing for me to say. People who knew me would have said I was full of fire, but today, it felt like a torrential rain had beaten me down to sputtering smoke and ash.
“May she burn in hell! Puta!” Damp air speckled my cheek from the spittle that flew in my direction from just a dozen feet away.
“I make her suffer too! An eye for an eye is my vengeance!” A pencil hit my cheek, grazing the skin, and I ducked down to avoid further abuse. The prosecutor stood up defensively as I sat there numbly taking the verbal insults. My hands were high over my head in surrender.
“Enough! Sit down, Mrs. Espina, or I’ll hold you in contempt! Bailiff!” the judge fired back, because hey, what’s a blanket threat when I’ve already been convicted? Bailiffs standing against the wall took one step forward in a languid attempt to hold her back from the first lunge at me. She managed to knock papers and glasses of water over, spilling the liquid on my lawyer in her effort to hit and slap me. I knew better than to touch her when the judge slammed his gavel down repeatedly urging those lazy guards to break it up. She got lose, able to reach me and my cheek rung with the violence of her backhand. I nearly toppled from my chair, my shoulder and arm up to protect me from a second strike.
Anything I did now would have been self-defense, not that this court understood that at all. After all, she was the mother of the man I’d supposedly killed almost five months earlier. Grant’s mother thought I deserved what I got. It’s kind of hard to convince the world you’re innocent when your fingerprints are all over the tire-iron that bashed his head to smithereens. 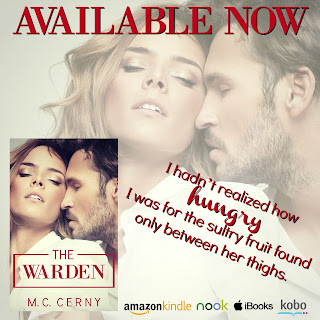 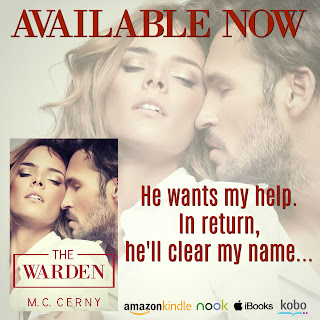 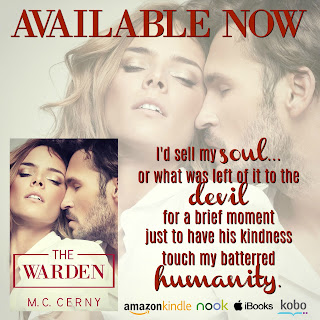 M.C. Cerny fell in love with books after experiencing her first real ugly cry reading, Where The Red Fern Grows. Her debut romantic suspense novel, Flashpoint was written in a series of post-it-note ramblings that would likely make her idol Tom Clancy and her mother blush. She is a post graduate of NYU and calls rural NJ home with her menagerie of human and feline fur-babies. When M.C. is not writing, you’ll find her lurking in Starbucks, running stupid marathons, singing Disney show tunes, and searching out the perfect shade of pink nail polish. 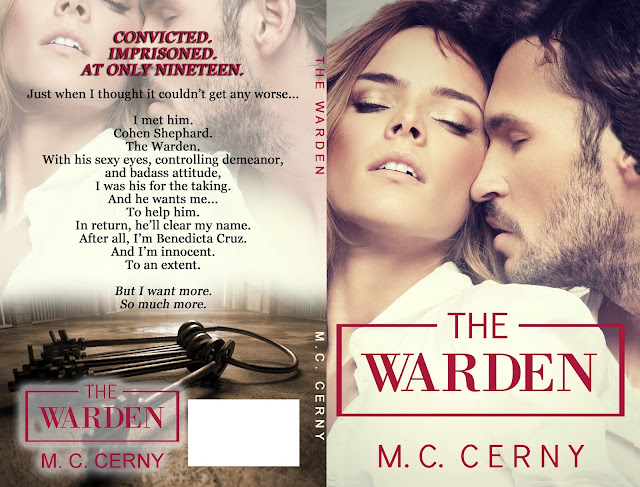