Release Tour - THE HOUSE THAT ADELIA BUILT by Mya O'Malley

THE HOUSE THAT ADELIA BUILT
by Mya O'Malley 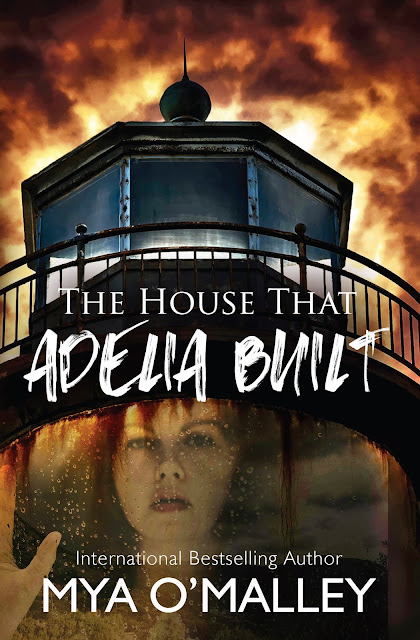 It all started with a woman and a lighthouse. The House that Adelia Built spins a tale full of love, lies, and betrayal at the hands of a man Adelia calls Augustus—her own husband.

In the late 1800s, Augustus finds a job as lighthouse keeper on a beautiful, but isolated island. He can’t wait to bring his new bride home to the lighthouse, set on majestic bluffs, which have laid claim to many shipwrecks.

Augustus soon suffers from the effects of self-induced isolation, as Adelia watches him slowly lose his grip on reality until he turns mad, bringing forth dire consequences.

Meet Hope, a modern day quiet, quirky young woman with a case of agoraphobia—or so it would seem. She feels an inexplicable pull toward the lighthouse and the bluffs beyond. Hope struggles with her internal battle and seeks to find the truth about her unsettling, recurring nightmares. Maybe then she can discover why she has always felt so alone and unusual.

Enter Clooney, a handsome, unassuming stranger who soon becomes so much more to Hope. The very woman who has guarded her heart in the past will soon find herself wrapped in a web of denial, leading to a heart-wrenching reality.

For every truth she exposes, more heartache is found. Hope must come face-to-face with her worst fears as she uncovers the mystery surrounding her spellbinding connection to the lighthouse.

It was an evening like any other, yet it was to be a night that she would never forget—for it was a crucial piece of the puzzle that would ignite the course of Adelia’s destiny.

Sharp, crisp wind bit at every inch of her exposed skin. Almost completely winded, Adelia spun her head once more, just to be sure she hadn’t been followed here to the towering cliffs. A darkened sky matched her desperate, dismal mood.

Augustus never disappointed in stealing any smidgen of brightness from her mind, but tonight he had pushed, until, she, too, had crossed the thin line over to the brink of madness.

Yes, her husband was going mad.

Insane with rage, jealously, control, apparently sparked by boredom and gin. Adelia couldn’t imagine a worse possible combination. One could activate a fire sure to burn through and destroy any soul with those caustic ingredients.

Whenever Augustus would finally place his head on the pillow beside her, Adelia would wait out the thickness, the raw stench of alcohol and bitterness, until she could finally allow herself to breathe once Augustus began to snore. It was only then that her hands would grip the quilt which rested upon her body. Then she would cautiously count to fifty. Fifty usually did the trick, but at times she had added a few seconds more, just to be sure.

Tonight, she had run for her life before his head had hit the pillow.

Now safely outside, her fists unclenched and her breathing slowed until she could release the soft wail that fought to escape. As if she couldn’t control it, her neck craned to spy behind her once more. Augustus had been at the gin for hours today, starting much earlier than ever before; she could only hope he wouldn’t give chase, that he would pass out cold.

Recently, she had fooled herself into thinking that if only she could try hard enough, perhaps they could get back to that sunny place where they had first fallen deeply for one another.

Was there such a spell? She frowned, knowing such a spell ceased to exist. Her trick no longer worked; she couldn’t fool herself into thinking everything would be okay.

Months of self-reflection had consumed Adelia. She could hardly think of anything else. At first, she wondered if their downfall could have possibly been partly her own fault—Adelia may have played a hand at her heart’s demise. But, no, she had yet to find one shred of proof that argued against the fact that Augustus had been the one who had changed. Oh, it had been ever so slightly at first. An offbeat comment here and there, a sideways look. But then, as surely as the dark tides shifted, it seemed that once they made the lighthouse on the cliffs their home for more than several months, the very beacon which served to steer ships to safety in these treacherous waters diminished her own brightness and replaced it with a gradual shift to darkness.

She clung to the small sliver of a chance that she could fix this. Yes, she could throw her shoulders back and help this stranger her husband had shifted into, before it was too late.

Surely some came back from the brink of madness, right? But then the horrifying image that haunted her dreams plagued her mind once more. She shut her eyes tight, pushing the vision out of her head.

Tonight her husband had sunk to a new low, even for him.

Before the hole proved too expansive to dig out of, she told herself she needed to act—now.

Was that a shadow lurking in the distance? Was it Devon, arriving early, or had Augustus found her?

Her heart leapt with fear. No, nobody was there. It must have been the wind or possibly her mind playing tricks, for once she focused her gaze on the spot, she could see nothing but the trees close behind her.

But, there was the sound again. This time, she was sure she heard footsteps, and when she called out, nobody responded. Now she stood, hands clenched in tight fists, determined to face the unidentifiable figure approaching from beyond.

There was nowhere to go, of course. No choice but to face the unknown. Adelia turned her head, her vision lit by the full moon above. She judged the distance from the edge of the cliff. There was no place else to go but down. 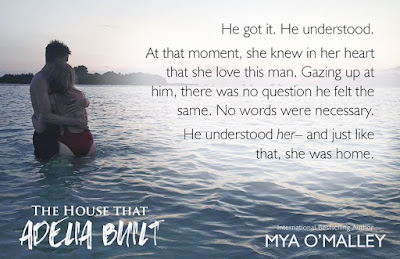 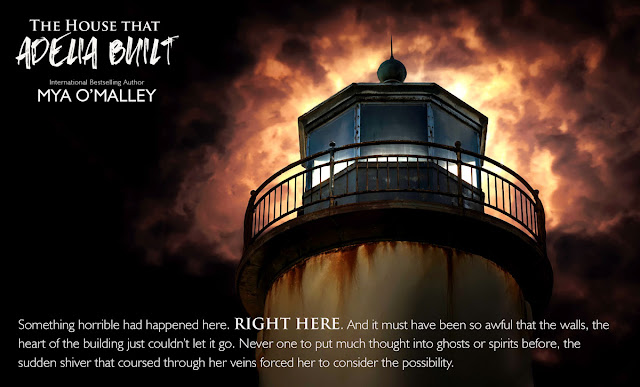 Mya O’Malley was born and raised in the suburbs of New York City, where she currently lives with her husband, daughter and step-daughters. The family also consists of a boxer named Destiny and a ragdoll cat named Colby. Mya earned an undergraduate degree in special education and a graduate degree in reading and literacy. She works as a special education teacher and enjoys making a difference in the lives of her students.

Mya’s passion is writing; she has been creating stories and poetry since she was a child. Mya spends her free time reading just about anything she can get her hands on. She is a romantic at heart and loves to create stories with unforgettable characters. Mya likes to travel; she has visited several Caribbean Islands, Mexico and Costa Rica. Mya is currently working on her eleventh novel. 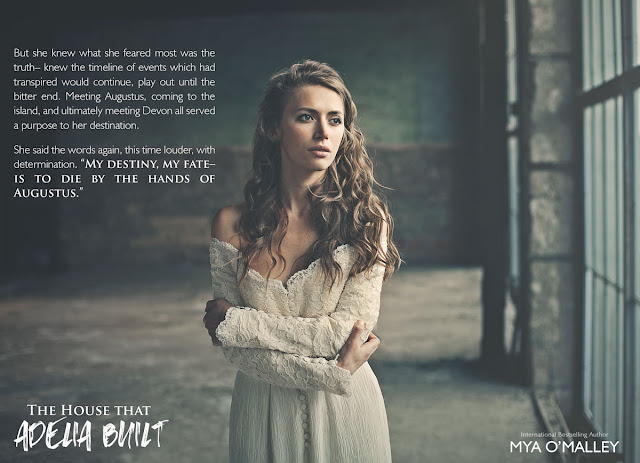