Release Tour: The Lady and Mr. Jones by Alyssa Alexander 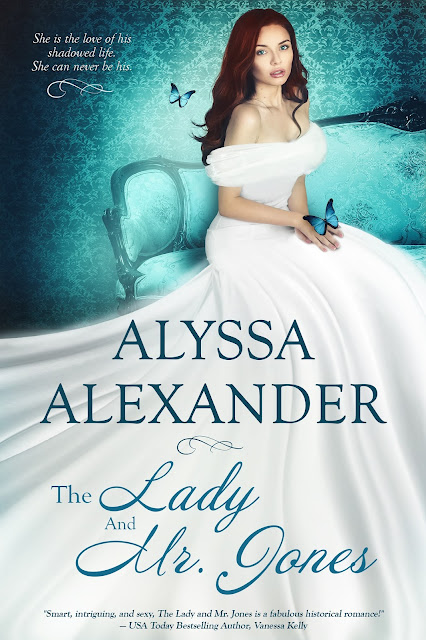 She can never be his…

Born in the rookeries, the hard life is something Jones is all too familiar with. Saved as a young boy, he was trained to be a spy, one of the best--elite, in fact. He now spends his days serving His Majesty in espionage, hunting rogue spies. His latest assignment, though, has him tracking a fellow spy…

Cat Ashdown is a baroness. Nothing is more important than protecting five hundred years of heritage. She knows every detail of every estate that commands the largest income in Britain— yet her father placed her inheritance in trust to her uncle who is forcing her to marry a man she has no desire for. The baroness’s battle against law and convention leads her to Jones and results that are surprising … and possibly unwanted.

“Are we finished under the desk? I would like to stand, please. My legs are aching.”

There was a dry humor to her words, and he wondered if she were amused by their situation.

Certainly the two of them hiding beneath a desk, one after the other in order to avoid discovery, would be comical to witness.

“It’s probably safe.” Etiquette warred with protection in his mind, as he debated allowing her to leave the cubbyhole in advance as a lady should, or leaving before to ensure her safety.

She did not wait for his direction. She solved the dilemma by shifting to her hands and knees amid the swish of linen.

“This is so odd,” the baroness muttered as she crawled from beneath the desk. Her nightshift caught beneath her knees and she wrestled to free the fabric. He was treated to the most delightful pulling and stretching of thin linen over her bottom. “It’s also embarrassing,” she finished.

“I’m finding the view enjoyable.” The words fell from his lips before he could stop them. It was the most ungentlemanly comment he could make. Surely she would see, with a single statement, that he was nothing but a boy from the streets.

“I beg your pardon?” On her hands and knees, the baroness turned to look over her shoulder at him. She narrowed her eyes, but did not move. That lovely bottom stayed in front of him. Taunting him.

“My apologies, my lady.”

She scooted out from beneath the desk, movements quick and sharp.

“My words were inexcusable.” He did not look anywhere but into her eyes as he crawled from beneath the desk, refusing to allow his gaze to stray to any other part of her anatomy. He hoped it would put her at ease and make him feel less like a clod.

“It was.” But she did not sound panicked or prudish, only drew in a long breath and let it out again. “You should not say such things.”

“No, my lady.” But time mattered, so he unfolded himself to his full standing height, leaving her sitting on the study floor and looking up at him. She hesitated, then began to struggle to her feet.

“Please, allow me.” He spoke softly, holding out a hand and hoping she would not be so disappointed by his lack of finesse as to refuse his offer of assistance.

She stared at his hand with an expression he could not read. He looked down, expecting to see something frightening or strange attached to him, but he saw only his hand, gloveless to ease his search. It was not smooth or elegant as a man of her station’s would be, but wide, with blunt fingers and calluses.

Still, she set her hand in his and let him assist her to stand. Soft and smooth skin moved against his hand with none of the roughness marking his own flesh.

He wondered if she could feel his base birth through his very skin. 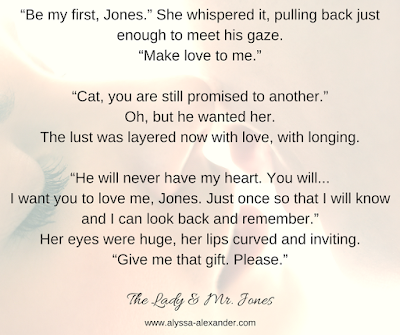 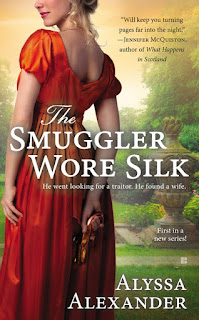 "He went looking for a traitor. He found a wife."

After he is betrayed by one of his own, British spy Julian Travers, Earl of Langford, refuses to retire without a fight, vowing to find the traitor. But when the trail leads to his childhood home, Julian is forced to return to a place he swore he’d never see again, and meet a woman who may be his quarry—in more ways than one.

Though she may appear a poor young woman dependant on charity, Grace Hannah’s private life is far more interesting. By night, she finds friendship and freedom as a member of a smuggling ring. But when the handsome Julian arrives, she finds her façade slipping, and she is soon compromised, as well as intrigued.

As she and Julian continue the hunt, Grace finds herself falling in love with the man behind the spy. Yet Julian’s past holds a dark secret. And when he must make a choice between love and espionage, that secret may tear them apart. 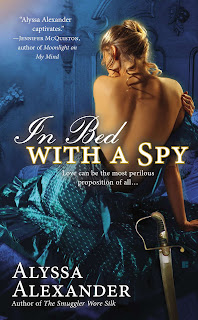 In Bed with a Spy

Revenge has never been so seductive.

When her husband is killed at Waterloo, Lilias Fairchild takes up his cavalry sword and boldly storms the front, earning herself the nickname Angel of Vengeance. But there is another angel on the battlefield who is just as single-minded, and just as ruthless…

Alastair Whitmore, the Marquess of Angelstone, is a British spy. Code name: Angel. Still haunted by a first love felled by assassins, his mission draws him to Waterloo, where he is captivated by a beautiful and mysterious woman fighting amongst the men—a woman who becomes his most intoxicating memory of war.

Passion has never been so dangerous.

Two years later, Lilias and Angelstone lock eyes in a crowded ballroom and the memory returns in an exhilarating rush. The history they share, and hide from the world, is as impossible to ignore as the heat of their attraction. But it’s that very connection that spells doom for their scandalous affair. When someone from the shadows of their past proves a dire threat to their lives, passion might not be enough to save them. 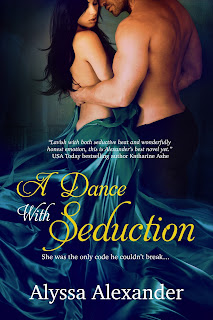 A Dance with Seduction

She was the only code he couldn't break...

Vivienne La Fleur is one of London’s most sought after opera dancers and one of England’s best weapons: the spy known as the Flower. When a French agent pressures her to change allegiance by abducting her sister, Vivienne is forced to seek the help of the only man in London who doesn’t want her.

Maximilian Westwood, retired code breaker, doesn't like surprises or mysteries and the Flower is both. When she sneaks into his study in the middle of the night with a coded message, he’s ready to push her out whatever window she arrived through. Except Maximilian is unable to turn away a woman in trouble. Determined to rescue Vivienne’s sister, they engage in a game of cat and mouse with French spies that requires all of Vivienne’s training and Maximilian’s abilities. Bound together by secrecy, they discover there is more between them than politics and hidden codes, but love has no place among the secrets of espionage...

Despite being a native Michigander, Alyssa Alexander is pretty certain she belongs somewhere sunny. And tropical. Where drinks are served with little paper umbrellas. But until she moves to those white sandy beaches, she survives the cold Michigan winters by penning romance novels that always include a bit of adventure. She lives with her own set of heroes, aka an ever-patient husband who doesn’t mind using a laundry basket for a closet, and a small boy who wears a knight in a shining armor costume for such tasks as scrubbing potatoes. 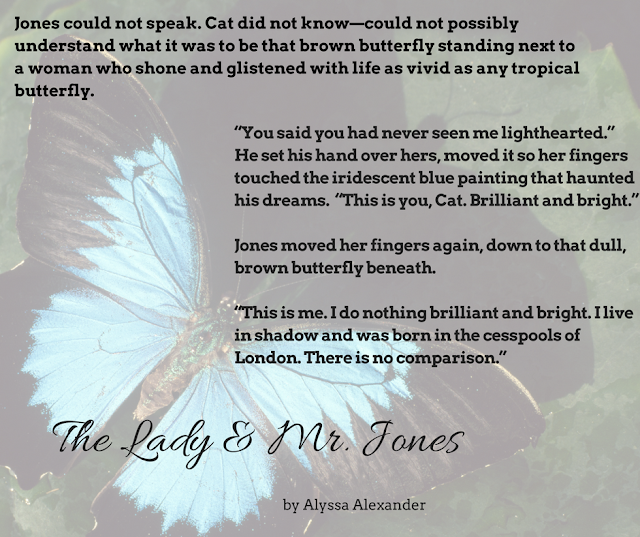