There are three things Jeannie Jackson knows for certain: 1. Relationships are more trouble than their worth.
2. There's no such thing as too much of a good thing.
3. She's never going back to Cotton Creek.
When tragedy strikes, pulling her back to her hometown and right in to the arms --and bar--of the last man she ever expected to see again, Jeannie starts to wonder what else she's been wrong about and whether love, like every other vice, is too addictive to walk away from.... 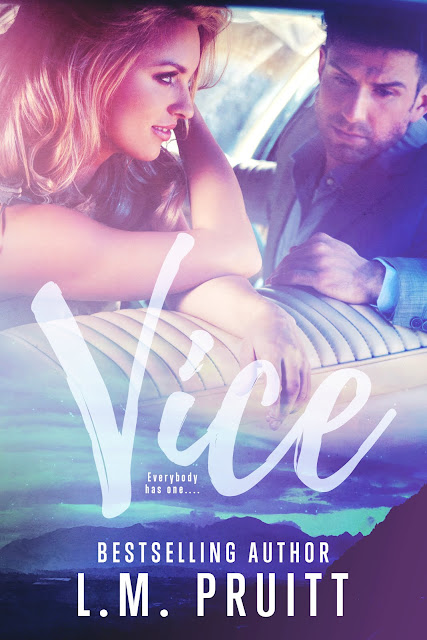 Morning came far too early, but at least I didn’t greet it with a hangover. I opened my bedroom door just as Tammy stepped out of the bathroom, shiny and prim and proper. We both stared at each other for a moment, Tammy recovering before I did. “I didn’t hear you come in last night.”
“You were asleep.” I crossed my arms and leaned against the doorframe, studying what was no doubt her church dress. All she needed was a hat and some white gloves and she’d fit in perfectly with the Baptists. “Call your friend and tell her you don’t need a ride. I’ll take you kids this morning.”
“What?” She widened her eyes, her jaw dropping open for the briefest of seconds before she regained control. “I mean, why?”
“Maybe I feel like I need God this morning.” I stepped back in my bedroom before she could accuse me of being sacreligious, cursing myself for being impulsive even as I flipped through my mental closet, trying to determine if I even owned something church appropriate.
It turned out the only thing even close was the dress I’d worn to Loretta’s viewing and funeral and while it wouldn’t have been my first choice… well, you made do with what you had.
I paid absolutely no attention to the sermon, going over the mental list of things I needed to do at the magazine and the house next week. I was picking out paint for my office when Tammy elbowed me in the ribs and all but pushed me out of the pew and in to the aisle. Scowling over my shoulder at her, I said, “What?”
“The service is over.” She nudged me aside, shooing Dolly and Conway out in to the aisle ahead of us before linking her arm with mine. “Normally we’d go back to Sandy’s house and eat lunch.”
“Why don’t you pick another restaurant and we’ll try it out.” My smile faltered when I caught sight of an all too familiar figure. He was wearing a suit instead of jeans but I’d recognize that ass anywhere. Leaning toward Tammy and lowering my voice, I said, “Who’s the guy?”
“Which guy?” She followed my gaze and rolled her eyes, ruining the attempt at disgust when she also let out a small sigh. “Oh, him. Yeah. He’s the reason about half the women are here.”
“Right, but who is he?”
“That’s Abraham. Abraham Hansom.” She glanced up at me. “Do you know him?”
“Yeah.” I all but felt the color drain from my face as memories from last night flashed through my mind. “Yeah, I know him.”
Fuck. Me. 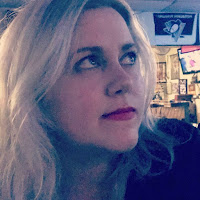 With roots sank deep in Florida soil—the land of oranges, alligators, Publix, and hurricanes—L.M. Pruitt has been writing about the peculiarities and quirks of the region and its people for years. There may not be actual vampires in the area but there are mosquitos which, quite frankly, is close enough.
Ms. Pruitt holds a bachelor’s in criminal justice (hence the more macabre nature of books such as Silk and The Andersons) from Florida State University and is in the process of earning two additional degrees in history and political science (because you never know when the intrigues of the Tudor Court will come in handy). She resides in Florida with one black cat who happens to be a champion mosquito killer.