After eighteen months in the Mediterranean, newlyweds Polly Benson and Leo Xanthus can barely keep their hands to themselves. The Greek isles, sun and salty air has warmed their skin and their hearts, but each long in their own private way for a different life—a life where they never have to hide from the world and the mafia that forced them into seclusion. The Marcello crime family is on the brink of going under. Major players have been killed or died off. Others have been put in prison to rot. With their revenue streams of heroin dealing drying up and the feds ever-present on their tail, aging crime boss Alfonso Balivino looks to steal a diamond owned by his one-time boss, Kostas Xanthus to fund the family. Because of the untimely death of Kostas’ grandson Leo, the diamond should be in the family safe in New Orleans at Jackson House. But when his son and grandsons break into the antebellum mansion in the heart of the Garden District nearly killing the caretaker Oscar, they find an empty safe and walk away knowing they’ve been duped. Now, presumed dead but under protection, Leo and Polly will be forced to leave their unknown location and find their way home to New Orleans and Jackson House before the Marcello crime family murders their way through everyone they love and care for, forcing them and the four carat diamond engagement ring on Polly’s hand out of hiding. But the diamond is more than a stone. It’s a puzzle. A password to something monumental. And when Polly and Leo discover the ring she’s been wearing is the key to riches far greater than anyone could imagine, the race is on—not only to keep everyone alive, but from potentially funding a crime family with billions that could fuel a heroin empire.

Kris Calvert is a former copywriter and PR mercenary who after some coaxing, began writing novels. She loves alliteration, pearls and post-it notes. She's married to the man of her dreams and lives in Lexington, Kentucky. She's Momma to two grown kids and is also responsible for one very needy dog. When she's not writing, she's baking cupcakes. 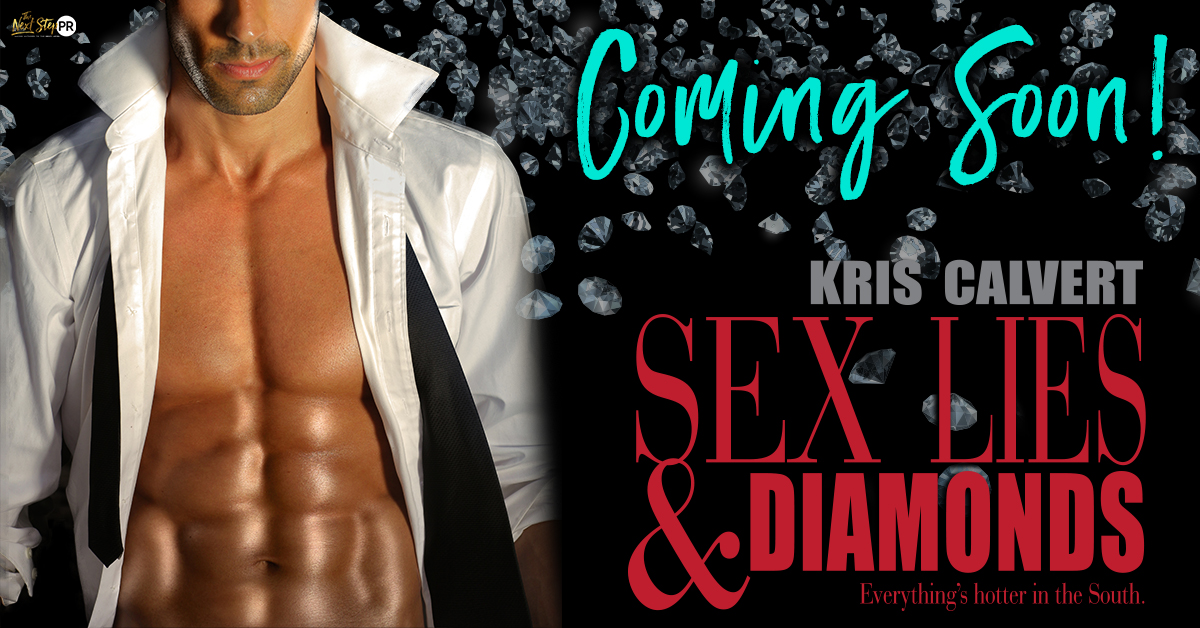