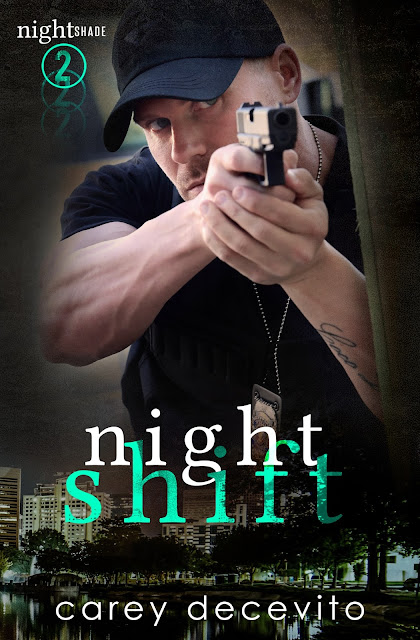 A serial killer…
A past that haunts no matter how much the distance…
Which one will strike first?


Eighteen deaths over eight years has left Shane Peters itching to find his mark. The death that started it all ensured his obsession with the murderer who had turned his life into a living hell, leaving him to raise a newborn daughter on his own.
Starting over wasn’t the easiest thing, but Emberlyn Roth had managed by shear grit and the skin of her teeth. It’s too bad one can’t outrun their past.
A protector of the wronged, Shane is torn between his duty as a detective for the Jacksonville PD and a quest to find himself some peace. Red tape binds his capabilities and moonlighting as an investigator for Nightshade Securities has him feeling stretched thin. Late nights on the streets and his sense of duty keeps him from being the father he wants to be. Throw onto his already rickety house of cards, an attraction to the mysterious Emberlyn, the lead he’s got on the murderer he’s been hunting for nearly a decade, and threats his woman is receiving by an unsavory character from her past, and he’s seriously tempted to take Dalton Kipper’s offer to join his team in a permanent basis.
Rules have a place, but when you’re faced with losing the one that means most to you, lines can become blurred. With the fate of his family’s future hanging in the balance, he’s ready to risk it all.

“What are you doing here?” The tension around me palpable, she hurried aside to let me enter before closing the door behind us.
My blood boiled.
My skin crawled that she’d let him do that to her.
I had to get rid of it.
The taint.
Purify her.
“What have you done? You’re mine, Evie. I told you, when I came back, you’d be mine and now look at yourself.” Disgust was as clear in my voice as it was in my expression.
“Wh-whatever it is…we can talk this out,” she stuttered, her feet inching her backward as I followed her movements.
Reaching to the small of my back, my fingers wrapped around the grip as I pulled it from its sheath. The eight-inch blade caught the glint of the afternoon sun, mesmerizing me, causing me to admire the play of light against it before I focused on the woman before me.
Her eyes shone with terror. “You don’t…” She shook her head left to right, swallowing hard, stumbling against the side table next to the sofa. “You don’t have to do this.” She righted herself. “We can still be together. Now that…now that you’re back–”
I shot her an incredulous look. Did she think me a fool? “You’ve gone and done the unthinkable. You had his child!” I hollered, my knuckles gripping the knife tightly. “This is the only way…the only way to get rid of the stain.”
Her steps froze momentarily. “Stain?”
“It’s what I should have done a while ago,” I spat, cornering her as her steps were halted by the wall at her back. “What you took from me…what should have been mine,” I raged, “is what I’ll take from you.”
One moment my eyes darted toward the hallway where I knew the devil lay in slumber, and the next, Eva Peters was making a mad rush toward the door that separated me from saving us all.
“No!” she panted. “You’re crazy!”
If she only knew. “Move, Evie,” I growled, “it’s the only way.”
“She’s not here. Please!” Tears streamed down her face, her body shaking with fear.
Using the tip of the blade, I ran it over her soaked cheek, the metal sharp enough to catch on her ivory skin, causing a streak of blood to suddenly materialize.
I felt lighter instantly.
Powerful.
In control. A feeling I hadn’t had in quite some time.
Manning my knife, I proceeded to run the tip of it down to her bottom lip, nicking it just enough for another bubble of her essence to form.
“Mmm…” I groaned, leaning forward to press my front against hers, taking the time to lick her damaged lip, then whispered my new realization while rubbing my impossibly hard cock against her stomach. “I was wrong. This…” I ran my finger through the blood on her cheek, watching its movement, “is what I need, Evie.”
The sadness was overwhelming as I stared at the beauty laying limp and lifeless beneath me.
The rage I’d felt had all but dissipated with each slice of my blade through her flesh. Like a hot knife through butter, each time blood began to pour out, a weight lifted within me.
What once held pleading in her eyes, was now long gone.
She was nothing but a piece of art, trussed up by her silk scarves, a vessel conveying my message.
I’d be back…
Chapter 1

The moment I walked over the threshold, I knew a clusterfuck of epic proportion awaited me.
Blood was everywhere. Spatter by the front door, smears over the walls, and droplets leading to where I knew the victim would ultimately be laying in a pool of her life’s essence.
Forensics was going to have a field day with this one.
Just like with the other fifteen.
Donning the protective gear the lead officer had ordered me to change into before entering the scene, I made my way toward the back of the house.
Carefully avoiding one evidence marker after another, I entered the master bedroom. The grizzly sight of Victoria Spark’s mutilated body, lying face up on the bed, greeted me. The standard ligatures on her wrists and ankles proved that she’d been restrained and alive through most of her torture; the killer leaving her to die in excruciating pain from her wounds and ultimately, blood loss.
The scent of copper on the air thickened as I made my final approach, slipping my hands into a pair of plastic gloves. I was looking for something I knew was meant for me.
Setting my evidence kit down beside the bed, I bent toward the body in search of my next clue.
The sickening crack of the victim’s jaw set my stomach to roiling as I pulled her mouth open, locating the three pieces I had come to expect after so many years of chasing this perp. Letting go of the victim, I grasped my digital camera and photographed my findings. Setting the camera down, I whipped out the small evidence bag from my kit and opened it, manning my tweezers.
Fishing the objects out one by one, I dropped them in the bag, then photographed them again. Fragments of a photograph were what this sicko leaves. Camera in hand, I shot a few frames of the room, as well as the rest of the premises. The team would have their own photos, but I liked being thorough with my investigations, thus preferred gathering my own shots, comparing them with the others’.
Closing up my kit, I stood to take my leave.
Fucking sadistic bastard and his games.
It pissed me off that he was always one step ahead of me.
Thinking on those tiny pieces—the unknown subject, or unsub’s calling card—I was confused more than ever as to why he was leaving them at every scene. The letter I’d received at the precinct, a week after the first murder, had eluded that they were all part of some demented countdown…a puzzle of sorts. One thing was clear however, the perp was after me, and after sixteen murders, I still wasn’t any closer to finding this guy.
In my career as a detective, I’ve come across a lot of questionable characters. I’ve done my fair share of arresting the dregs of society and making enemies along the way. You can’t be a cop without that happening.
“I take it that Rosie is in for another disappointing birthday dinner?” Will asked, coming to a stop at my side as I exited the victim’s home.
For the last seven years, it had been the same fucking story. That in itself was enough to confirm that the unsub was gunning for me. That, and the fact that he’d started this spree of his claiming none other than my wife as his first victim.
My only problem was, my list of suspects had next to nothing. This perp was meticulously careful. Treating his kills like artwork: from the placement of limbs, to the blood spatter surrounding the victims…even those fucking pieces.
“I hate going back on my promise,” I growled. “She’s going to be pissed.”
“I know it’s your case, Shane, but I’m your partner,” Will said. “Take a few hours, go to her, then come back if you have to.”
I nodded. “I have what I need right now. You sure you can handle everything without me?”
He patted me on the back as I straightened from the body and backed away. “I’ll call if something comes up.”
Thanking him, I handed him my evidence bag, then made to leave the scene, my camera and evidence kit in tow.
Caught up in my own memories, I drove home on autopilot, scenes from eight years ago playing in my head.
The same black hair. The same look of terror in her open eyes.
Eva had been bound too.
And cut up.
Blood. God! There’d been so much blood everywhere.
I’d been the one to find her. I hated to think what would have been had my Rosie been there that day.
“Daddy!” was squealed, knocking me out of my grizzly thoughts.
Opening the car door and letting myself out, I caught her as she launched herself into my arms.
My princess.
The light of my life. 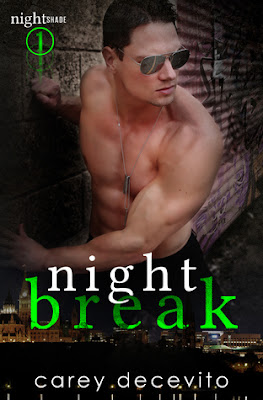 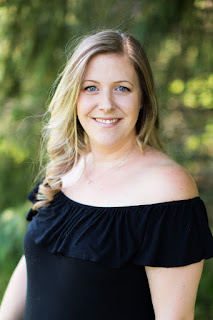 Born and raised in small town Northern Ontario, Canada, Carey Decevito has always had a penchant for reading and writing.


More than a decade later, with weeks of sleepless nights, where exhaustion settled into her everyday existence, she finally gave in and put pen to paper (more like fingers to keyboard!) She submitted to the dreams that plagued her. And the rest, as they say, is history!
A member of the RWA, Carey Decevito enjoys spending time with family and friends, the outdoors, travelling, and playing tourist in Canada's National Capital region. When life gets crazy, she seeks respite through her writing and reading. If all else fails, she knows there's never a dull moment with her two daughters, her goofy husband, and cat who she swears is out to get her. 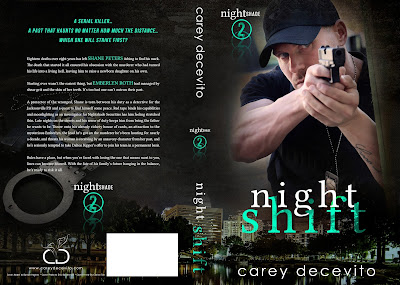