Release Blitz with Review: A Thousand Cuts by Melissa Toppen 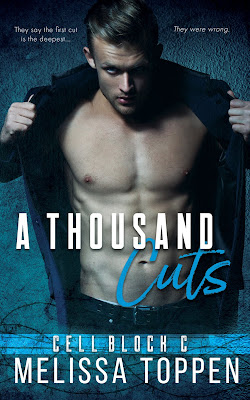 I used to believe in fairy tales.
But then I grew up and I realized that life isn’t like the books I once loved so much.
There are no princes riding in on their white horses.
No magic wands or fairy god mothers.
And no happily ever afters.
Ryland Thorpe taught me the hard way that good doesn’t always win and sometimes the people we trust the most are the ones that can hurt us the deepest.
At fifteen, my world began and ended with him.
He was my older brother’s best friend.
He was my protector.
He was the boy I had loved since I was old enough to understand what loving someone meant.
And he was a liar…
It’s been five years since I’ve seen him.
Five long years and the memory of him still haunts me like it was yesterday.
Only he’s not just a memory anymore.
Prison has hardened him, changed him, altered him in ways I never expected. But beneath it all I can still see a glimmer of the boy I used to love.
When lies are exposed and secrets are revealed, I find myself questioning everything I thought I knew.
They say the first cut is the deepest.
They were wrong…

A Thousand Cuts is the first book by Melissa Toppen that I have read. I loved following Ryland and Ainsley story, and for those who love a slow burn this is the book for you. I look forward to reading the rest of the series and more from this author. 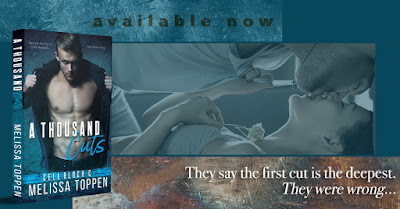 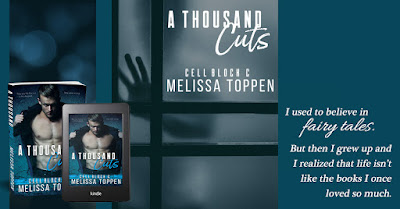 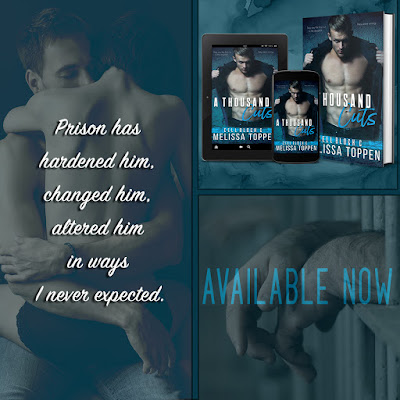 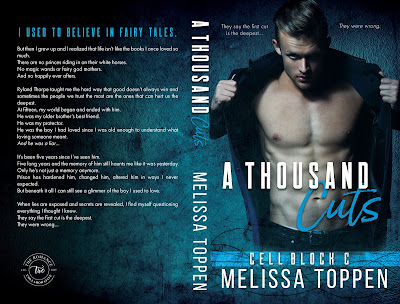