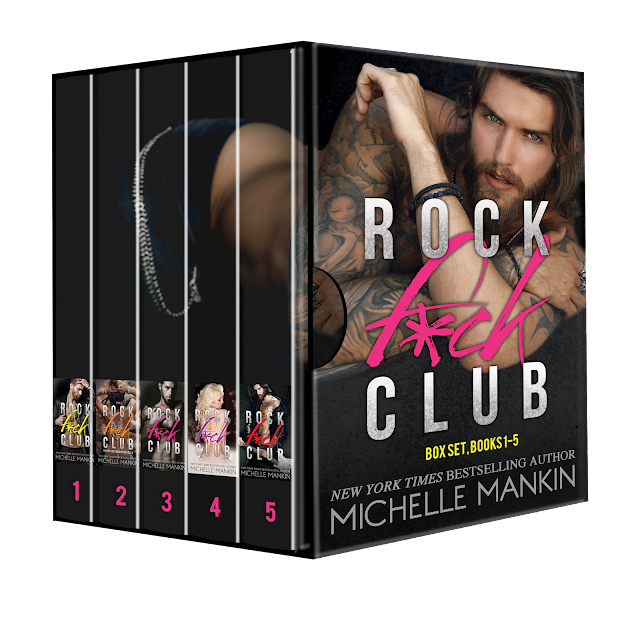 Warning: Girls Ranking the Rock Stars Series by New York Times bestselling author Michelle Mankin is so hot it will likely melt your e-reader.
ROCK F*CK CLUB is sexy, yet sweet, and emotional. If the boys can play, why not the girls too?
Inside each book in the box set is one girl figuring out what she likes and how she likes it on her path to love and her happily ever after.
It is girls with rock 'n' roll attitude. Girls on a journey to find their best true selves. Girls who love music and the rock stars who create it.
This box set includes books 1-5. Over 1200 pages. Book 6 is a full-length novel to end the series. It is available separately.
BOOK 1
10 cities in two weeks 10 famous rock stars
On my knees
Against the wall
On my tits
I don't care. As long as I get the evidence to prove it.
Why?
Because I caught my former prick of a boyfriend from Heavy Metal Enthusiasts doing a groupie doggie style backstage on the night we were supposed to be celebrating our 1 year anniversary.
He told me I was too uptight.
Too vanilla.
Too boring.
So I got drunk with my bestie, Marsha West, the aspiring videographer. I ranted. I raved. I came up with a crazy idea.
What I didn't know was that my best friend recorded me. Marsha put the video up on YouTube. It went viral with 10 million hits. Now I've got fans and sponsors offering me big bucks.
Rock stars are volunteering to be my f*ck buddy.
Hollywood is calling.
I get to choose which rock stars I want.
The stakes are high.
This sh*t just got real.
What could go wrong?
BOOK 2
10 cities. 10 famous rock stars f*cked.
Raven Winters has chosen the one rock star she wants to keep. She has completed filming for the Rock F*ck Club. Her season of the reality show is about to debut on the World Media Organization channel. Her once very private sex life is about to become public.
Can her life ever return to normal?
Does she want it to?
And what about the next season of RFC?
Who will be the next star?
Who will be f*cking whom?
BOOK 3
The Gods of Rock Tour.
4 summer concert venues. 10 famous rock stars to f*ck.
Two at a time. Maybe even three.
I know what I like and how to get it.
I'm Marsha West. Raven Winter's best friend. A sidekick no longer, I'm in the starring role.
I'm going to f*ck whoever I want. However I want. Whenever I want. I have my reasons for being the way I am and doing the things I do. I've warned WMO they might have to stretch the rules to keep their TV-MA rating for me.
It's Rock F*ck Club. Season Two.
What could go wrong?
BOOK 4
Marsha West has completed filming for her season of the Rock F*ck Club. Actually, she is one rocker short of the ten she contracted to f*ck.
Can she get her contract changed?
If she can't will she lose the rock star she wants to keep?
And what about the next season of RFC?
Who will be the next star?
Who will be f*cking whom?
BOOK 5
I'm all for the girl power and sh*t.
Guys are a disaster.
Trust me. I know.
My rule is f*ck a guy only once, then move on to the next one.
I'm Josephine Poet.
The Rock F*ck Club reality TV show is no different from my real life. Only there's cameras rolling, and they're offering me a ton of cash. The money and publicity are just what Joey's Band needs. A means to an end for a bad girl who knows how to rock but isn't looking for anything good.
But what happens when wrong and right collide?
It's naughty versus nice in Rock F*ck Club's Season Three.
What could go wrong? 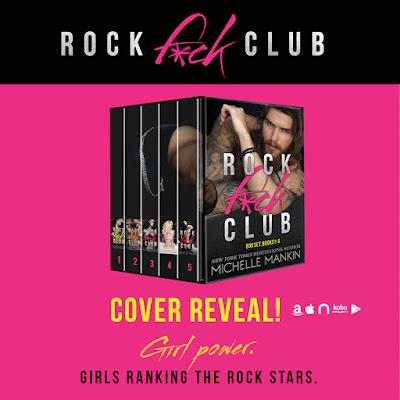 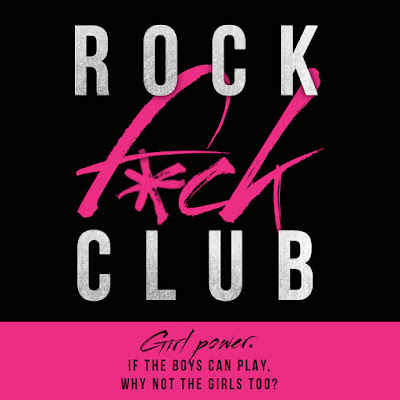 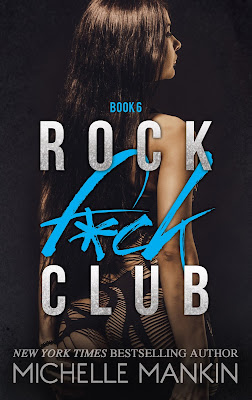