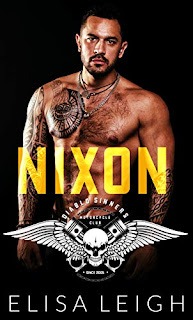 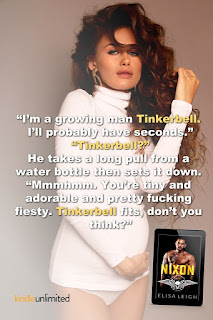 Nixon Santiago
I keep my life simple. I ride my bike, run my club, and protect my club brothers. I don’t need or want anything more than that. Women are a dime a dozen and I’ve never met one worth giving more than a few hours. Until Bellamy, the only woman to make me stop and take notice, walks into my clubhouse. She’s pregnant AF and says my little brother is the father. My heart doesn’t care.
I’m the president of the Diablo Sinners Motorcycle Club and I’m falling for a woman I have no business chasing. In my world rules are meant to be broken and I’m about to break the biggest one to get the woman I need on the back of my bike.
Bellamy Blake
My life is complicated. I thought saying yes to a date with the bad boy biker seemed like a good idea. Seven months later I’m pregnant with his babies and he doesn’t believe they’re his. I don’t need him, but my daughters might.
I do the only thing I can think of and search him out at his club. He’s nowhere to be found, but his brother is. Nixon is dangerously handsome and the president of the biker club that took over my town years ago. I should not be staring at his beautiful tattoos or the way he fills out his jeans, but I can’t help myself. I’m blaming my crazy pregnancy hormones for my lapse in judgment.
Love will take you on the ride of your life. Can Nixon and Bellamy survive the ride with their hearts intact or will they crash and burn? 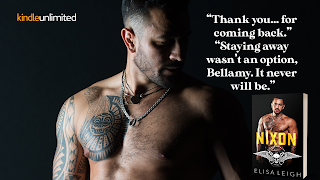 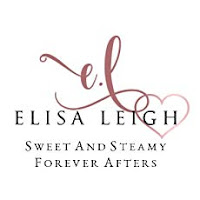