Release Book Tour for REMNANTS OF YOU by Kyra Fox 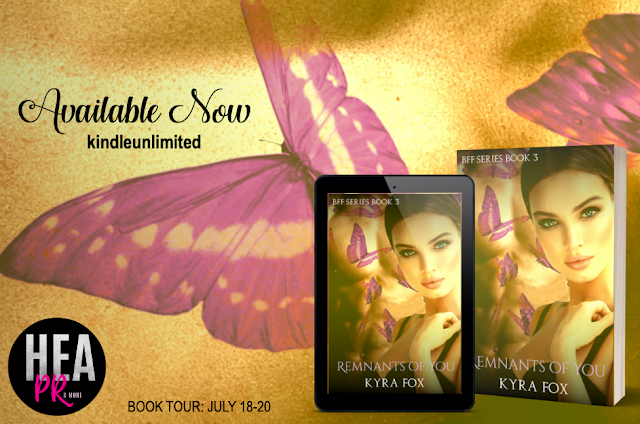 Remnants of You by Kyra Fox is live!!!

Available on Amazon and free in Kindle Unlimited: http://mybook.to/RoYBuy

Add it to your TBR on Goodreads: https://bit.ly/RemnantsOfYouTBR 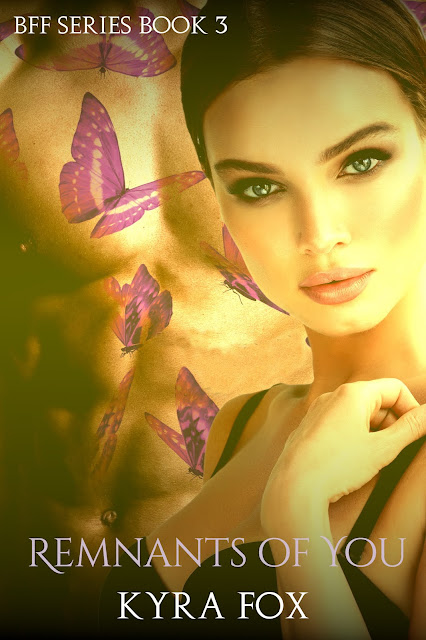 When letting go isn't an option...

Together since they were seventeen, Andy and Phoebe were college sweethearts with big dreams to change the world together. All that ended, however, after Andy enlisted, leaving a broken-hearted Phoebe behind.

Five years later, their paths collide in the most unexpected way.

Sitting on opposite sides of a legal dispute, they are forced to spend time together in Andy’s hometown.

The past and present start to mix as they try to navigate between old and new feelings. One thing is certain, though - they're not the same people they fell in love with all those years ago.

Now, they have to figure out if they have a future together or if they’re risking it all for feelings that only exist in their memories. 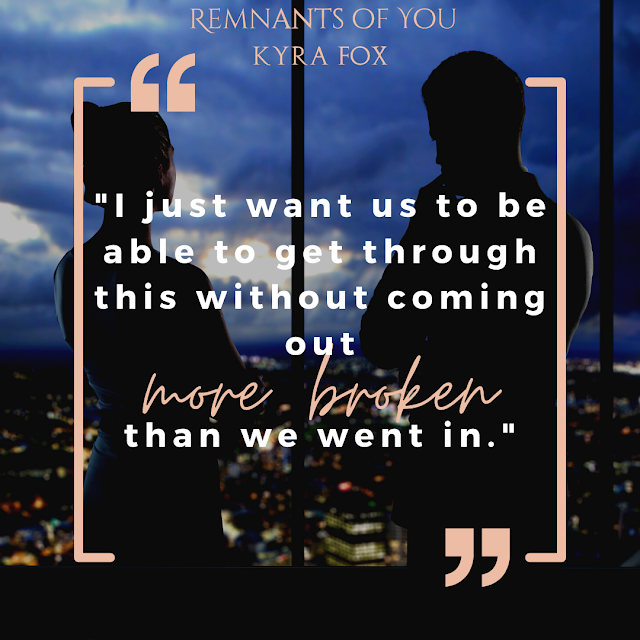 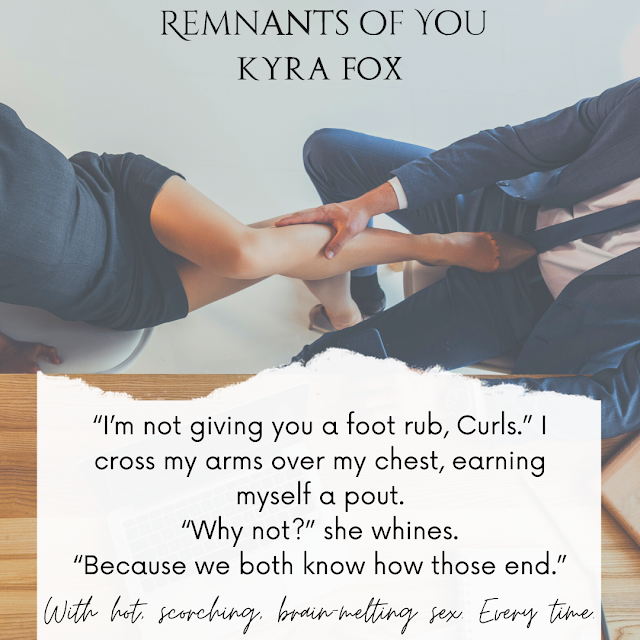 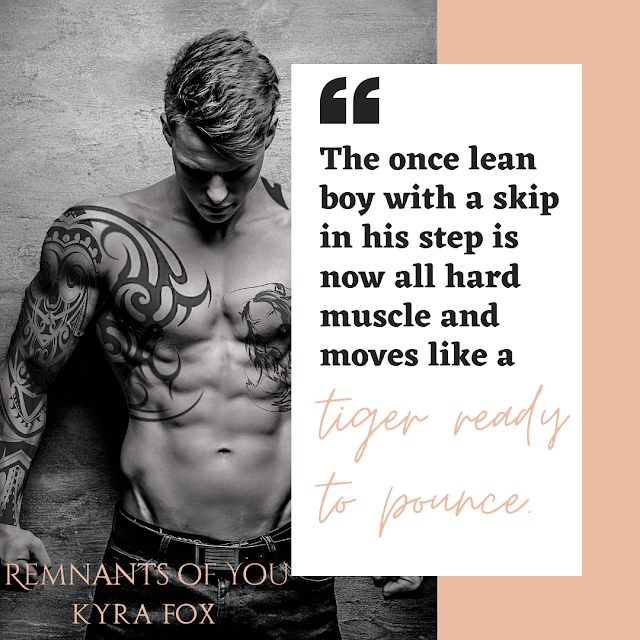 Be sure to check out the other books in the BFF Series. While each book can be read as a standalone, it’s recommend reading them in order as they are interconnected.
Pass Me By, Book One: http://mybook.to/PMBBuy
Dare to Look, Book Two: https://mybook.to/DtLBuy
Remnants of You, Book Three: http://mybook.to/RoYBuy

Meet The Author:
Kyra Fox is the pen name of a big city girl with a severe case of wanderlust whose hobby is planning non-touristy food-oriented world travels, married to her own perfectly imperfect man, and a Montessori mom to one sparkle loving ninja toddler.

A night owl to the core, I am extremely bad a sleeping and equally awful at waking up.

Bitter black coffee fuels my brain, Islay scotch fuels my soul, and all my stories start from the sex scenes.

This is a second chance story to illustrates that "if it is meant to be, it will be". Phoebe and Andy always had a love connection. Now that Andy is back from the war and they are pushed together by a meddling friend, he and Phoebe need to clear the air about what happened the five years prior but also get to know the people they are now. I enjoyed the relationship with the BFF's (aka the girls) but also to know the guys. This story has a strong sense of family and camaraderie. I enjoy connecting the strings to the all of the side characters. I really enjoyed it and want to go back the rest of the series. This is a story that has all of the feels and has you cheering for the c