Release Date: October 12
“Your task is not to seek love, but merely to seek and find all barriers within yourself that you have built against it.” ~ RumiLena Montgomery’s time and energy is spent making her dreams of wealth and power a reality, no matter who she leaves in her wake. She’s taken risks, climbed the ladder, and doesn’t intend to take a step back. Her hardline is involving herself with employees, and the last thing on her mind is blurring the lines with a man twelve years her junior.As danger nears, it’s not her mind that wants to break her own rule; it’s her body.What happens when the lines are blurred?Are you ready for Lena’s story?Hold on tight.
Have you been Aleatha’d?From New York Times bestselling author Aleatha Romig comes a brand-new age-gap, forbidden romance, contemporary romantic-suspense novel in the world of high finance, where rules become blurred. *SILVER LINING is a full-length stand-alone novel
Grab Your Copy Here! 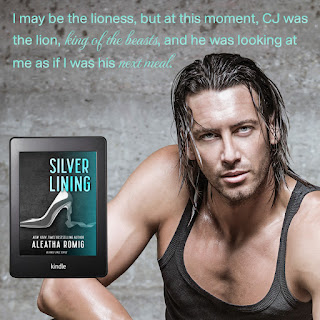 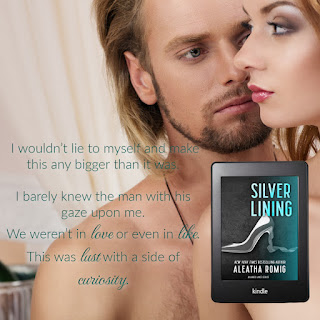 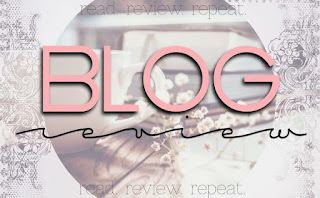 Thank you Aleatha Romig for giving us readers Lena's story and HEA. Your stories and characters take us readers and fans on a journey. Lena has always been a force and CJ just happens to be the man that she can relinquish control with. This is a story about connection and revenge and ultimately trusting your gut. I loved every page.