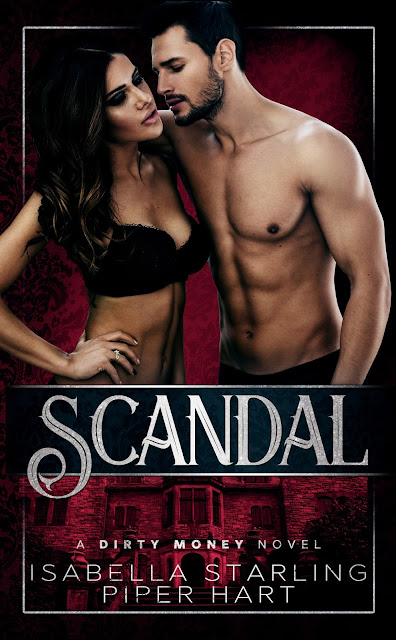 Chloe Carlyle is totally off-limits. The one girl I can’t touch. Her mother is about to marry my dad, her father is in prison for murdering my mom…and I want her more than anything. Yeah, I never said this wasn’t fucked up.

And things are about to get a whole lot more fucked up.

This town has seen a lot of scandals, but this one’s gonna blow them all out of the water…

A town like Claremont Bay is used to sinful scandal, but this latest one has shaken everyone to the core. My father has been accused of murdering his mistress, and my mother is marrying the man who put him in prison—Robert St Clair. Despite how messed up that is, it's not Robert I'm worried about. It's his son.

I can’t fall for him. Can’t let him get under my skin. I have bigger things to worry about, like my father’s innocence. I’m the only one who believes he didn't kill that woman.

The answer may lie closer to home than I know… 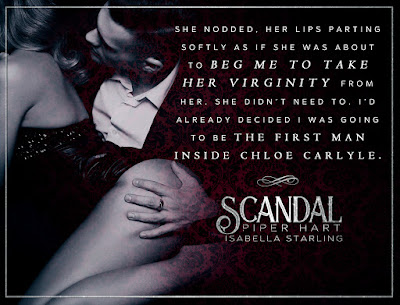 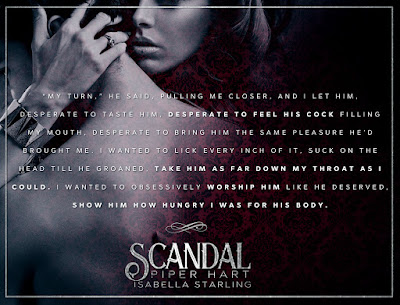 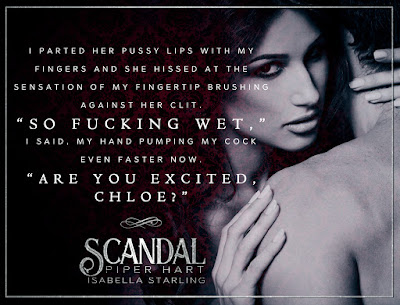 Isabella Starling started out as a voracious reader of dark romance, and has since evolved her love of reading into writing dark, twisted romantic tales. When not spending time with her boyfriend, two cats & a Labrador pup, she's chatting away to author friends and plotting her next release.Besides reading and writing, Isabella is a fan of photography and graphic design, and writes a beauty blog in her spare time. Obsessed with the next big project she wants to work on, she can always be found perusing the web for ideas and inspiration. Isabella's dream is to reach as many readers as possible and make them feel all kinds of emotions when they read her books - from fear to love and affection, just like the characters in her books.