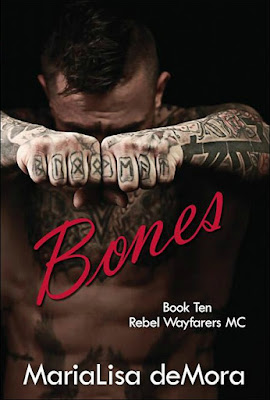 #PreOrder NOW!
Amazon: http://getBook.at/RWMC-Bones
Nook: http://bit.ly/Bones-BnN
iBooks: http://bit.ly/Bones-iTunes
Raised in a hellhole echoing with the sounds of conflict, Bones most profound childhood memory is of the day he died. Decades later, he has built an empire where he is king. His brothers have his back, and life is good. So good, he doesn’t realize what’s missing until he meets her. Ester seems to be the one woman capable of looking beyond his mask and seeing … him. 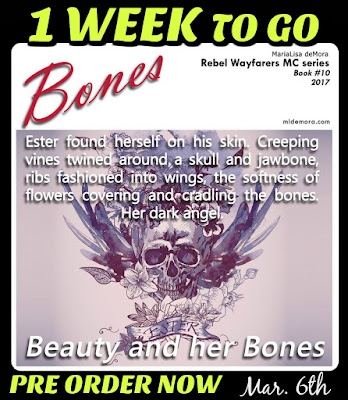