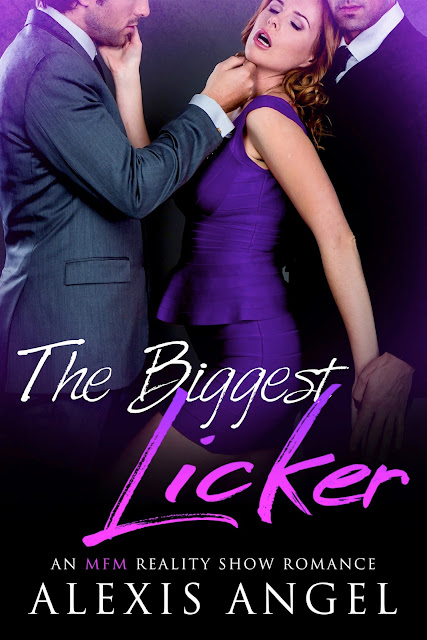 Move over Thursday Night Football. It's time to crown The Biggest Licker.So you think you can dance? You think you got talent? Well, there's a new title in TV Land.It's called The Biggest Licker.The show is simple. Put 7 virgins in the same house with 7 eligible, lip smacking, red-hot, billionaires looking to seduce them. If a billionaire conquers a virgin she gets kicked out and he chooses one of the other billionaires to leave the house as well. Whoever lasts till the end gets the prize - $2 billion dollars and a dream apartment in the heart of New York City.Sound fun? Well it was until this season.All of a sudden, because of an immunity challenge, we have Tristan and me as the last two billionaires chasing after one lone virgin.But Megan Wright is something entirely different. Every inch of her makes my blood boil. Her curves tempt me to desire. Her body teases me to madness. And it's all live on prime time.But she's doing more than arousing lust. She's making me experience thoughts and feelings I never thought possible. And she's doing it for both of us.We both want to claim her as ours individually.

But what happens when we join forces and take her together?Well, America...open wide, because I guarantee you ratings won't be the only thing exploding here...Tune in to this full length standalone romance from Alexis Angel! No cheating or cliffy's but it's a scorcher that will fry your signal in the most delicious way! HEA? You know it, babe

Alexis Angel writes steamy contemporary romance about bad boys for the bad girl in all of us. She is still single at 30, in case anyone is interested to know, and still very much looking for love. Her favorite things in the world are flowers, chocolate, lingerie, high heels, lipstick, perfume, and the credit card award miles that she gets from buying all that. Prior to writing, Alexis used to be a financial analyst in New York City. She quickly decided that working for a faceless corporation run by men was not her dream job. So she began to write. And as she began to write, she began to use those credit card award miles to travel all over the world. Alexis is still single, in case you forgot from above. She spends winters in California, fall and spring in New York City, and summers in Europe.