Tall, dark, sexy, blue-eyed Gunner Davis wears a leather kutte that he believes to be his father's.


His mother was holding onto it the morning he found her dead.
All the dreadlocked biker ever wanted was to be part of a family.
When the faces of danger come looking for him, so does a link to a family lost.
Tamara's father Randall, is the VP of the Head Hunters MC Club. He is over-protective, and the last person he wants anywhere near his daughter, is a carefree and careless associate of a rival club.
Gunner and Randall do have one thing in common... They will kill for those they love.
This is the third book in the Southside Skulls MC Series.
This is a Standalone Romance Novel but is intended to be read after books 1 & 2… “DAX” and “CODY” where characters in those novels are main players in this story too.
HEA and No cliffhangers. Intended for Mature Readers. 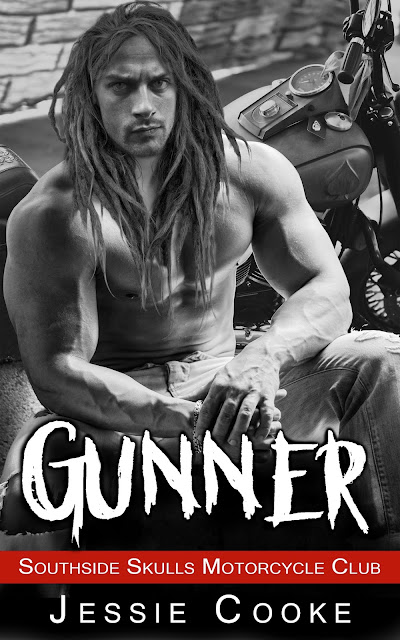 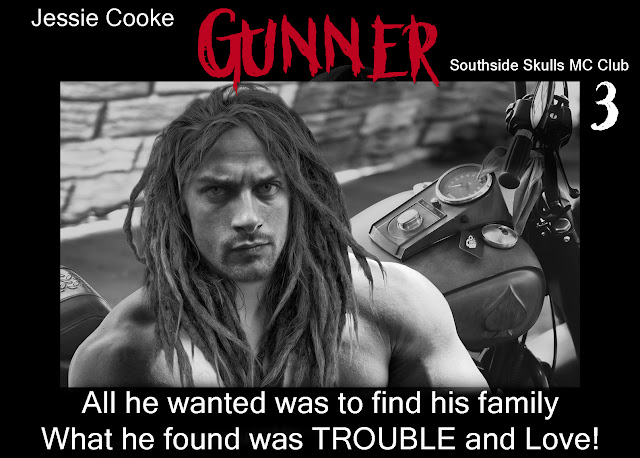 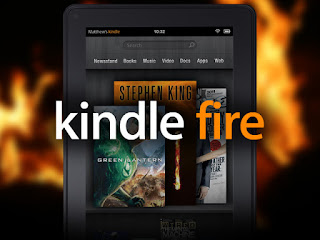