It was right out of one of my movies:Tropical island, sexy single man, two hot nights of nameless passion.Except instead of falling into each other's arms, we went our separate ways, never to be seen again.Of course I thought about him all the time. The way he laughed, the way he saw right through me, the way he took no shit as his strong hands roamed my body. If there was one night I could repeat, it would be that one.I never expected to see my mystery man again.Fast forward to my new movie set and the handsome property owner. Yep, same guy. Same sexy, sexy guy. Our chemistry is still off the charts but there’s one tiny problem: he doesn’t trust me. Okay, so I skipped a few important details. I don’t blame the guy. But they were just little white lies. Unfortunately if I want that movie-perfect ending I’m going to have to set the record straight...and hopefully have a little fun in the process.*a standalone book in the world of Tease 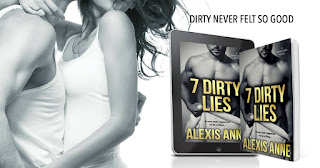 This book is part of a series, but I read it as a standalone and I was not confused or lost with this book. but it did make me want to go back and start from the beginning since this book was so good.
Lily and Colt are from 2 different worlds, but are both so stressed with family and work issues that neither can seem to find a way to relax until they meet each other. When they part, they believe they won't see each other again. Too bad Lily is thrown into Colt's world and with not all of the truths told, Colt is upset. The chemistry and relationship between the two struggles but they both realize what they had with each other is so much better together than apart.
4.5 stars
~JEN~