Blog Review ~ If Ever by Angie Stanton

If Ever by Angie Stanton

Fiercely independent Chelsea Barnes has caught a rare break and been cast as the first non-celebrity on the hit show Celebrity Dance Off. Chelsea is coined ‘America’s Chance to Dance,’ but her partner planned on an A-lister, not a nobody. Clashing with her partner, she’s ready to go home; but during an emotional dance, her heart-breaking past as an abandoned, homeless teen is revealed. Not only do the viewers fall in love with her, so does the flirty British guest singer, Broadway star Thomas Evan Oliver.Tom is struck by this feisty girl who complicates his over-structured life, and pursues her in a romantic cross-country courtship until she’s voted off and joins him. Their sexy whirlwind love affair blossoms in New York as she navigates the big city and his exhausting eight shows a week, but most important, her scarred heart begins to heal. Perhaps happily ever after might be a possibility after all. 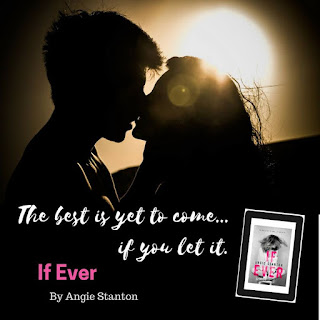 This is a story of overcoming difficult life events and finding your self worth. After a dare, Chelsea finds herself as a contestant on a popular reality show, laying bare all of the ugliness of her life. During the course of the show she finds herself meeting Tom, a british thespian singer of a song that strongly connects for her. There is an instant attraction and this sets Tom and Chelsea on the path for love. Will Chelsea be able to reign in her insecurities to move forward with Tom. Can Tom convince her their love is worth it?

I really enjoyed the premise of the story and the connections and flow. The reader gets a glimpse into the behind the scenes blood, sweat and tears, the highs and the lows that it takes to do a reality show and the insides of a Broadway show.The friendships that organically happen shine throughout the story. The only thing that felt a little flat for me was the ending. There was so much angst towards the end and then he whips out a ring and “poof” all of their problems disappear. I felt there was a little more story to wrap up that wasn’t done. Would I recommend it, definitely.
4 Stars
~CINDY~ 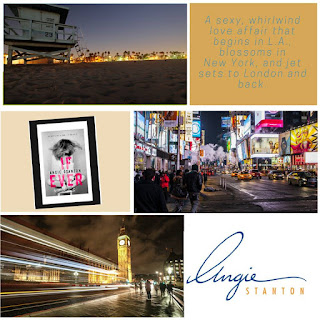