Cockloft: A firefighter term used as a structural space above ceiling and below rafters, often connecting adjacent occupancies and permitting fire to spread laterally, often unseen.Gabriel Martinez is the most arrogant and infuriating man I’ve ever met. He has a knee-weakening smirk that makes me want to kiss—no—slap it off his rude, sexy face. Judging by his ego, you’d think the hose in his pants is as big as the one on his fire truck. Not that I know anything about that nor do I want to. Nope, not at all. He’s already been forgotten like last season’s Michael Kors.CeCe Kensington is as pretentious and spoiled as they come. The ridiculous purses she shoulders around are as big as her attitude. And don’t get me started on her mile-long legs or full, glossy lips that are meant to be wrapped around a guy’s… If she only knew the dirty things I think about doing to that sassy mouth of hers, she'd be hightailing it back to her side of town.✿¸.•´¸✿*´¨) ¸.•*¨✿When the beautiful boutique owner and sexy firefighter meet in the most unlikely situation, their two worlds collide, creating an explosion of misperceptions and combustible heat, trapping them in a fire they never saw coming. 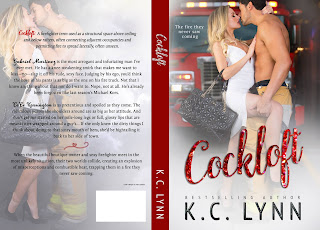 I was laughing from the beginning! This book started with a bang and it had me laughing, yelling and cheering both characters on throughout. Gabe and Cece are from two different worlds, but when they realize the chemistry is too off the charts they can't deny trying a relationship.
Fun, sexy and humorous is all the great things you will find with this book.
4.5 Stars
~JEN~ 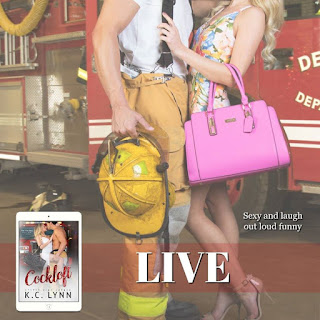