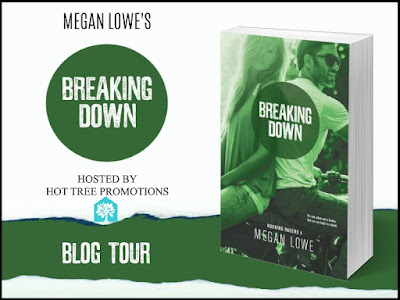 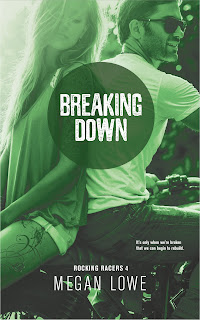 When a hot BMX champion butts head with a woman who could kick his arse, it’s only a matter of time before the gloves are off and the heat is on.

What happens when the unexpected flips your world upside down?

That’s the question Jax Ryan must answer when everything he knows and loves is tipped on its head. Adjusting to his new reality is not easy. Throw in the woman of his dreams, who won’t even give him the time of day, and Jax is out of his element.

Bentley La Roche is tough. She’s a fighter, literally. In her spare time, she can be found with the best MMA fighters on the Gold Coast. But she’s guarded and has no interest in getting involved with anyone, especially Jax Ryan.

But when things go from bad to worse for Jax, Bentley’s walls are no match for her desire to help him. Breaking down is easy. It’s the rebuild that’s hard, but so much fun.

“This is Bentley and Harley, two of our fighters.”
We stand and watch as they spar, neither giving an inch. Just as I think neither of them is going to crack, the guy drops his guard. It’s only for a fraction of a second, so quick if you blinked you would’ve missed it. But that’s all it takes as the chick seizes the opportunity, hitting him with a nasty right hook and sending him to the floor.
“Holy shit,” I say as I adjust my rapidly hardening MIP in my shorts. That’s Most Important Part, in case you were wondering.
Bert chuckles. “Yeah, Bentley’s a firecracker.”
“Firecracker? She knocked that guy out,” I say, as trainers help him up.
“’Snot the first time. Come on,” he says, walking over to the stairs that lead to the cage, “I’ll introduce you.” I race after him, so eager to meet this firecracker of a woman it’s not funny. “Bentley,” he calls, “I’ve got someone here I want you to meet.”
She turns and almost knocks me on my arse. Stunning is not enough of a word to describe her. She’s tall, taller than me, which oddly I don’t mind. If I had to guess, I’d put her at five eleven. Her eyes are a gold colour, she has a hole in her chin where I’m guessing a labret piercing would usually go, and her arms and legs are a riot of colourful tattoos. Her lips are pink and full and I’d like nothing more than to spend all day kissing them. She takes off her headgear as she walks over to us, and a heap of platinum-blonde hair falls around her and down her back. Her body is a typical athlete’s body, toned and trim, but what it’s doing to me is anything but typical.
“Bentley, this is Jax Ryan,” Bert says.
Quickly I wipe my sweaty palm before offering it to her. “I don’t want to scare you off,” I say, “but I think you’re my perfect woman.”
She looks at me with disgust, and I let my hand drop to my side again. Unperturbed, Bert carries on. “Jax is a freestyle BMX rider,” he explains, “he’s got—”
“Eight Extreme Games gold medals,” she finishes.
“Ah, yeah,” Bert says, disappointed she stole his thunder.
A smirk crosses my face. “So you’ve heard of me?” I ask.
“I’ve heard of you,” she says as she takes the bindings off her hands. “I also saw your epic defence of your medals at the last games.”
I shrug and try to play it off. “Freestyle BMX can be dangerous. Every rider knows it. I know it. I’m not afraid of it.”
“No,” she says, crossing her arms over her small but adequate chest, “you just ate it in front of millions of people.” 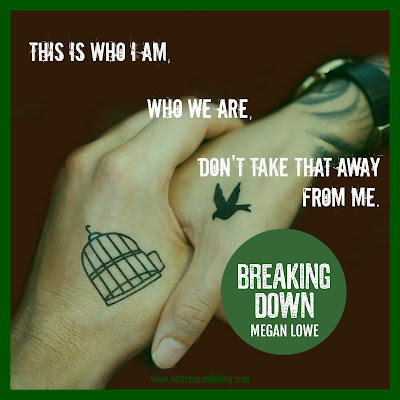 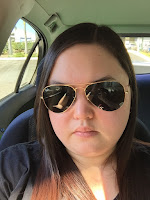 Megan Lowe is a lost journalism graduate who after many painful years searching for a job in that field, decided if she couldn’t write news stories, she would start listening to the characters whispering stories to her and decided to write them down.  She writes primarily New Adult/Contemporary Romance stories with Sport and Music themes. She is based on the Gold Coast but her heart belongs to New York City. When she’s not writing she’s either curled up with a good book, travelling or screaming at the TV willing her sporting teams to pull out the win.