He knows every play in the book. But she’s calling the shots.
I’m Maddox Ledger, all-star winger and the reason the Charlotte Strikers killed it in the playoffs. Yeah, the tabloids like to call me arrogant. A real hothead. All I see is a guy who plays to win. Wreaking havoc on the ice, breaking a few hearts—that’s all just part of the game. And I’m sure as hell not sitting on the bench.
When my teammate asks me to be in his wedding party, I can’t refuse. Lucky for me, the bridesmaid I’m paired with is the definition of eye candy, but she’s so much more than that. Lacey Easton is totally irresistible and she makes me want to be a better man. A glimpse of bare shoulder takes me back to a steamy, two-week Vegas tryst I can’t forget. One I’m eager to repeat.
Suddenly our one-night stand is turning into the sequel. Still, Lacey’s keeping secrets. She doesn’t trust me. And maybe I deserve it. But I know more than she thinks I do and there’s no chance I’m letting her get away—or letting another guy take what is mine. This time, I’m playing for keeps.

"Maddox has had a crappy upbringing by his father, and Lacey has had the best of it all. When the two meet, sparks fly and so do alot more. Never did they think years later they would both be fighting for what they love and want. Maddox loves, and loves deeply and I so enjoyed watching him grow in this book. This is book 3 of the series but each is a standalone, but you get to see each of the characters throughout them all. I think out of all of the Charlotte Strikers Maddox is my favorite so far."


"Well, I must say L.P. Dover has done it again. I love the back and forth of Maddox the hot hockey player and Lacey whose brother plays hockey as well. They have a history together but will it repeat itself? I would highly recommend reading this series and this book. It will not disappoint." 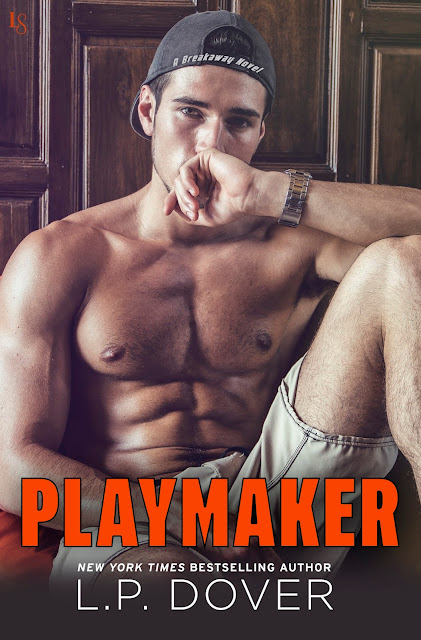 Goodreads Review - “This 5 star story took me by surprise, that I had no choice but to read it in one sitting.” Goodreads Review - “Overall this is a book I would recommend for any Hockey lovers or just anyone looking for a Hero with a sensitive side.” Red’s Romance Reviews - “I have to say this one is definitely one of my favorites from this author, it was a well rounded emotionally rich read that left my heart overflowing, and put a unshakable smile on my face!! Highly recommend this one!!” 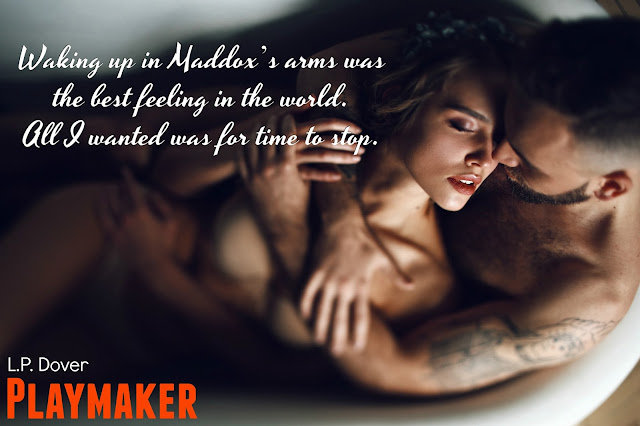 New York Times and USA Today bestselling author L. P. Dover is a southern belle living in North Carolina with her husband and two beautiful girls. Before she began her literary journey she worked in periodontics, enjoying the wonderment of dental surgeries.
She loves to write, but she also loves to play tennis, go on mountain hikes and white water rafting, and has a passion for singing. Her two youngest fans expect a concert each and every night before bedtime, usually Christmas carols.
Dover has written countless novels, including her Forever Fae series, the Second Chances series, the Gloves Off series, the Armed & Dangerous series, the Royal Shifters series, the Society X series, the Circle of Justice series, and her standalone novel Love, Lies, and Deception. Her favorite genre to read and write is romantic suspense, but if she got to choose a setting in which to live, it would be with her faeries in the Land of the Fae.