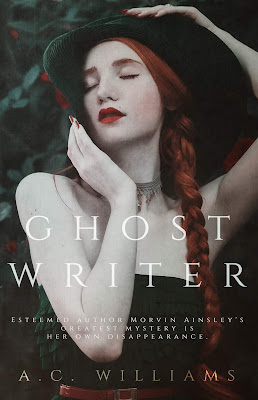 Wren Fallon has a love for the written word, a passion for prose, and a skill for weaving webs that rival the prowess of the most manipulative of Black Widow spiders. While her spoken tongue is awkward, words flow from her pen like water rushing from a fresh spring. She is a ghost writer. A voice for the voiceless. A nameless narrator telling tales for another. She didn't write for just anyone, though. Wren Fallon had the tremendous feat of penning new material for the reigning queen of the twisted, herself, Welsh-born Morven Ainsley.

The press assigned Morven many names.
The Maven of Mystery
The Duchess of Suspense
Queen of the Cliffhanger

At the ripe old age of 92, Morven Ainsley had published one hundred and nineteen full-length novels. Her first novel, titled The Starling, was published in the summer of 1948. Her most recent work, a fierce best-selling novel titled The Crystal Ocean was released just six months ago, and is enjoying its twenty-seventh consecutive week atop internationally recognized best seller lists.

Morven Ainsley is an enigma. A mystery in and of herself. Despite the awards, the critical acclaim, and the leagues of adoring fans, Morven Ainsley's greatest mystery cannot be found in the shelves of a bookstore or in the archives at the Portland Library.

Morven's most tremendous mystery to date is her own disappearance. The author vanished from public view in 1983. No one, not even the ever-prying journalists at the South Main Gazette, have gotten a glimpse of Portland's famed Mystery Maven. Despite this, Lorcan Press still releases five Ainsley novels per year. Her text never tired. Her writing never showed signs of her advancing age. As far as documentation went, Morven Ainsley ceased to exist in the early '80s. Only two people know how to reach the esteemed author. Not in person, of course. Never in person. Not even by telephone. Written correspondence was her chosen method of communication. Only Wren Fallon, Morven's ghost writer, and Marcus Withering, her estate manager, were privy enough to receive her messages. The author's floral scrawl wound gracefully over cream, perfumed stationary pages. These letters were the only proof that Morven was actually alive. But then, one day, the letters stopped, removing the last shred of evidence that the Maven of Mystery was still among the living.

This is the story of two women. One, a struggling writer, the other, no more than a ghost. Like the willowy bend of  phrase tossing to and fro, the sharp gust of wind whooshing through the plain, the subtle flicker of a candle's ember in a damp and dreary room, the hammer of a heartbeat in a body presumed to be dead. This tale has more than it's fair share of surprise. Morven would have it no other way.

When the weaving of a web comes undone. When all clues slip loose and fall into oblivion. When the silent can send the loudest message of all. Only one person can unravel the truth. 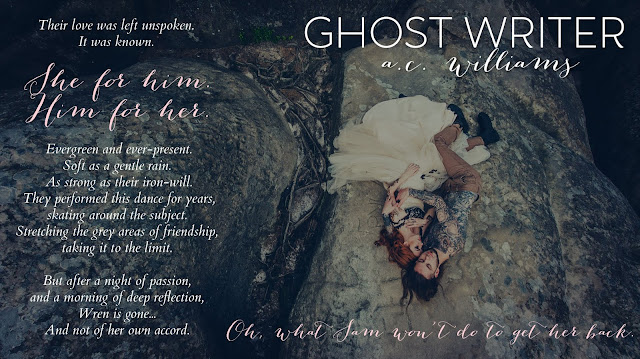 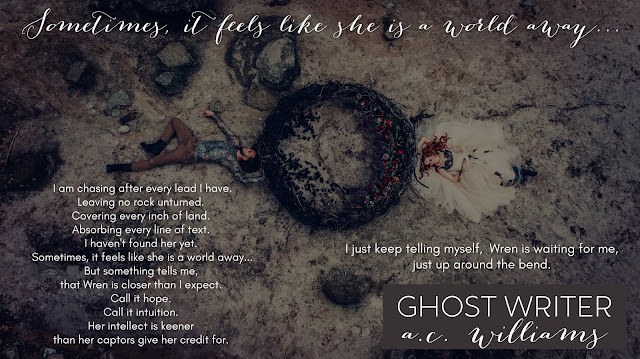