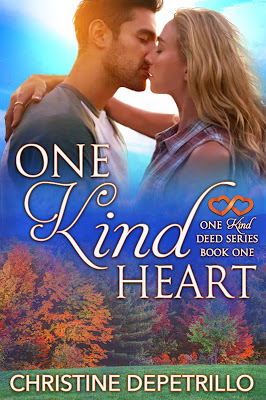 Dakota Brenton spends his days leading thrill seekers on adventures through the woods of Maplehaven, Vermont. He’s traveled all over the world on expeditions, but he always comes back home to the cozy town his ancestors founded. Dakota loves his free-spirit lifestyle. He comes and goes as he pleases, however, he can’t help wanting more.
Leah Greenstead is the new fourth grade teacher at Maplehaven Elementary, a school built through a generous donation from Brenton Sawmill. Having abandoned New York City after a tragedy, Leah is doing her best to adjust to life in the quiet Vermont town. With any luck, she’ll be able to leave her past behind, stick to her rules about not getting close to anyone, and preserve what little is left of her heart. She wants to believe the world is safe again, and if that means being alone, then so be it.
When Dakota meets Leah at a ceremony honoring his family’s sawmill, he sees his next adventure. As Maplehaven’s golden boy, he’s surprised when Leah doesn’t immediately accept his advances. He’s never had to work this hard, but he has a feeling Leah Greenstead will be worth the effort.
Is one kind heart enough to change Leah’s mind about love? 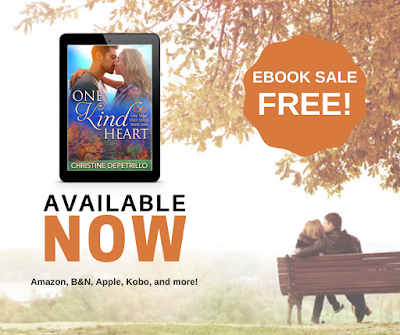 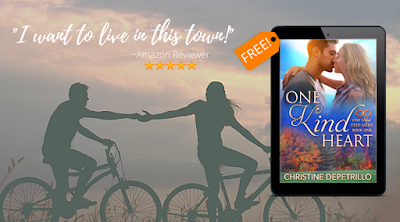 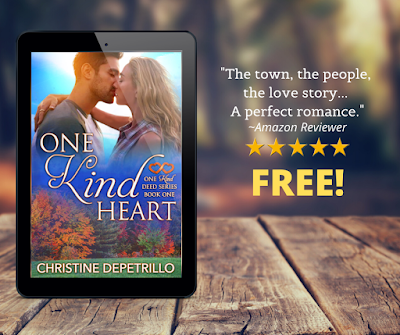 “Maplehaven is full of nice stories. That’s how we roll here.” Dakota leaned against the building, pulling his sunglasses back down. Though his beautiful eyes were hidden now, the man was a sex god in sunglasses. The slight smile on his lips ought to be illegal.
Not that Leah was noticing. She wasn’t. Not at all.
“Where are you from?” he asked.
“New York. New York City specifically.” Where she’d been born and raised... and lost everything she’d cared about.
Dakota let out a whistle. “Wow. Maplehaven must seem downright backwoods to you.”
A little laugh escaped from her throat. “It’s quiet. That’s for sure. Takes a little getting used to.”
“How long have you been here? I mean, I haven’t seen you around.” He shifted his weight from one leg to the other, muscles twitching in his thighs and making Leah speculate about how hard those thighs were.
“A month. I moved here at the beginning of August.” Left everything behind in New York. Everything that threatened to swallow her whole. Of course, some of it followed her. Some of it she would never get rid of completely.
“A whole month? Where have you been hiding? Ginger here usually sniffs out anyone new in under a day.” He nudged the pooch sitting between them with the tip of his boot.
She’d been hermiting in the tiny cottage she’d bought by Brenton Lake since her arrival in Maplehaven last month, trying her best to avoid people and piece herself back together. But she wasn’t going to tell Dakota that.
“I guess I was busy settling in and preparing for the school year. Haven’t explored all that much.” A vague yet honest answer.
“It’s a good thing we met today then.” Dakota pointed to his business card which Leah just realized she’d been stroking. “I can take you on any number of adventures that will let you explore and enjoy the surrounding outdoors.” He pushed off the building and opened his arms wide to encompass the woods around the school and beyond. He looked as if he were preparing for a hug. “What do you like to do? Hiking? Canoeing? Biking?”
His enthusiasm was a little intoxicating, but Leah wasn’t about to get carried away here. If she went on an adventure with him, she’d possibly have a good time. If she had a good time, she’d probably want to see him again. If she saw him again, she’d no doubt end up liking him and getting close to him.
If she got close to him… no, she wouldn’t put herself through that. Not again.
“Thanks, but I like reading and writing and solving word problems. Indoors.” She shrugged one shoulder and backed into the stream of people going into the new school. “It was nice to meet you.” But let’s never talk again. She scurried into the school even though she’d caught the way his mouth had opened to say something more to her.
She didn't want to hear it. She'd come to Maplehaven to teach. Nothing more. 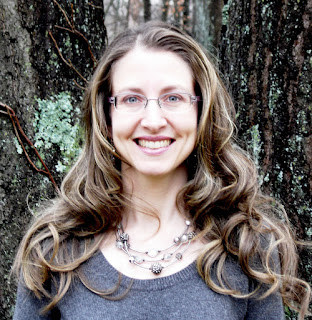 Christine DePetrillo can often be found hugging trees, conversing with dragonflies, and walking barefoot through sun-warmed soil. She finds joy in listening to the wind, bathing in moonlight, and breathing in the fragrances of things that bloom. If she had her way, the sky would be the only roof over her head.
Her love of nature seeps into every story she tells. As does her obsession with bearded mountain men who build, often smell like sawdust, and know how to cherish the women they love. Today she writes tales meant to make you laugh, maybe make you sweat, and definitely make you believe in the power of love.
She lives in Rhode Island and occasionally Vermont with her husband and her cat who defend her fiercely from all evils. 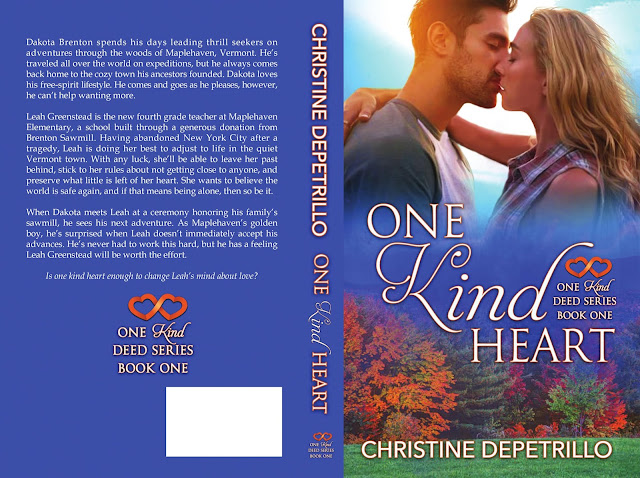