Cover Reveal: THE ONE I WANT by S.L. Scott

She was everything he never knew he needed.

He was everything she avoided. 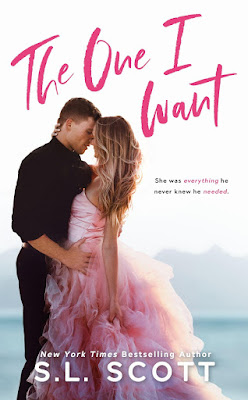 It's not the first time I've been called a stalker.

I can’t blame Andrew Christiansen for thinking that since we keep crossing paths, especially when I pop up in the most unexpected of places—his office.

We’re opposites in every way. Not the kind that attract.

Somehow, we become friends, the teasing, flirting, and kissing kind. But this thing blooming between us threatens to turn this relationship from friends-to-lovers into a full-blown office romance.

That's the least of my worries because one or two, little, okay big, secrets I've been keeping may turn him from the one I want into the one I can't have. 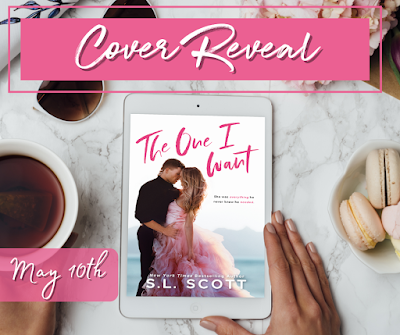 New York Times and USA Bestselling Author, S. L. Scott, was always interested in the arts. She grew up painting, writing poetry and short stories, and wiling her days away lost in a good book and the movies.

With a degree in Journalism, she continued her love of the written word by reading American authors like Salinger and Fitzgerald.
She was intrigued by their flawed characters living in picture perfect worlds, but could still debate that the worlds those characters lived in were actually the flawed ones.
This dynamic of leaving the reader invested in the words, inspired Scott to start writing with emotion while interjecting an underlying passion into her own stories.

Living in the capital of Texas with her family, Scott loves traveling and avocados, beaches, and cooking with her kids. She's obsessed with epic romances and loves a good plot twist. She dreams of seeing one of her own books made into a movie one day as well as returning to Europe. Her favorite color is blue, but she likens it more toward the sky than the emotion. Her home is filled with the welcoming symbol of the pineapple and finds surfing a challenge though she likes to think she's a pro.