Release Blitz & Giveaway ~ Dragon in the Blood by Juliette Cross 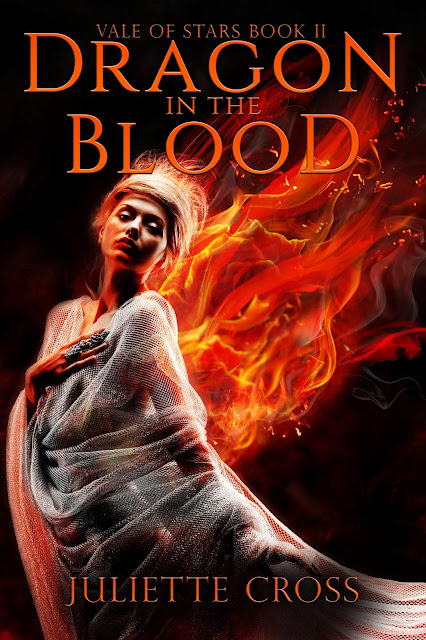 When desire bites, there’s no patience for a slow burn.

While all seems quiet in Gladium Province, the Morgon Guard—the global justice force for the dragon hybrid race—knows their enemy is rebuilding its forces in the underground.

Valla Moonring, an assassin for the Order of the Morgon Guard, is ordered on a mission into the Wastelands of Aria—a formidable, icy wilderness fraught with all manner of dangers, including outlaws, deadly weather, and big-game predators.

To her great distaste, she’s partnered with a Nightwing Security operative, Conn Rowanflame, a Morgon with the aggravating ability to get under her skin. While she takes her mission seriously, Conn’s confident charm throws her off balance, a dangerous place to be in conditions like these. Especially when cold nights require close contact.

Sensual attraction binds them ever closer, igniting a passion of unexpected force—the soulfire. But when the hunters become the hunted, their bond could prove perilous. Even fatal… 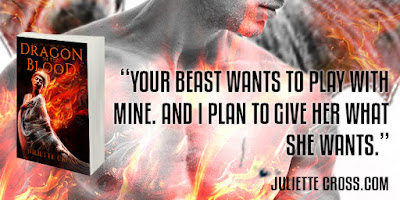 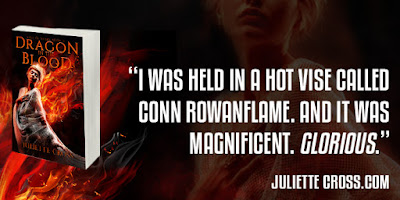 Conn slowed his descent as treetops came into view beyond the fading mist, which had thinned to nearly nothing in the past hour. Whipping open my wings, I landed softly on the hard ground among a grove of evergolds. Even in this frozen tundra, the giants famous for their flora of fire-gold leaves grew tall and thick-branched in abundance. I lifted my visor to a brilliant burst of color that contrasted against the brown earth and snow-swept embankments.

Bowen landed quietly behind me. “How about some lunch before we set out on foot?” He removed and tucked away his visor and unpacked his crossbow from its sheath on his back for the first time on this journey.

“Let’s get into the cover of trees,” said Conn, moving along the natural path. “And lunch sounds perfect.”

“Benta’s breakfast wasn’t enough for you?” I asked, meeting his long stride.

“I always have an appetite, sweetheart.”

“While you two continue flirting, I’ll find some small game nearby. Set up the hotpad over near that big evergold.”

Without a sound, Bowen disappeared into the trees.

“I haven’t even gotten started yet.”

“So you’ve said before.”

“Listen—” I put up both gloved hands to stop his snarky banter for just one second. “I’m glad we’re finally alone.”

“Me, too.” His lopsided grin made my heart flutter.

Exhaling a frustrated sigh, I stopped under a thick oak with ample coverage from above and unhooked my chest pack before dropping it to the ground. “There’s something I’ve been meaning to talk to you about…about last night.”

He removed his own pack and gloves, then pulled out the small, electronic hotpad. After opening the tripod that kept it off the ground, he turned it on. Gisa ordered us to use the hotpad instead of fire when we were in the open to avoid alerting predators or criminals to our presence.

Conn stood and propped his hands low on his hips. “Would you like a second round?”

“No…no.” I cleared my throat and shook my head, my ponytail sliding on the smooth leather of my jacket. “Actually, that should never have happened. I shouldn’t have let that happen. But I—”

He broke his rigid stance and sauntered closer, a feral glimmer in his gaze. By instinct, I backed up a step, my wings scraping the rough bark of the evergold behind me. He moved into my personal space.

“What are you doing?” I asked, heart hammering.

He flattened one hand against the tree above my head, his finger grazing the arch of my wing. I shivered.

“Are you sure you could resist?”

I cleared my throat. “Of course,” I said, trying to sound confident, but my voice betrayed me and broke.

“Well…I couldn’t.” He brushed the back of his knuckles along my jaw. I held still, caught.

“Actually, I want to taste you again. Right now.”

Even stone-cold sober, I felt drunk from a single touch, longing to fall back into his arms and let him show me what his hazel-gold eyes promised without a word.

He leaned close, his warm breath grazing my ear. “Let me taste you again, Valla.”

I planted my hands on his chest, wishing there weren’t the layers of thermal suit and leather between my palms and his rock-hard chest.

He nuzzled the shell of my ear with his nose, then his lips. “Let me.”

His darkened voice pleaded and demanded at the same time, spreading warmth between my legs. What had gotten into me? I pushed him out of my way and stormed toward a densely wooded area.

“Where are you going?” he laughed. “Running away?”

“I’ve gotta go to the bathroom,” I yelled over my shoulder.

“Not by yourself, you’re not.” His footsteps crunched across the thin blanket of snow and leaves behind me.

I whirled, heat burning up my neck, now from anger not lust. “Whoa, there, big boy.” I threw up a hand, halting him several feet away. “Look. You’re not my keeper. And just because we shared one kiss doesn’t mean anything. I’m going to relieve myself by myself. Do you understand?”

His wings twitched at his back. Agitated. Whatever.

“And stop scowling at me,” I called back as I spun and trekked off the path into the brush. 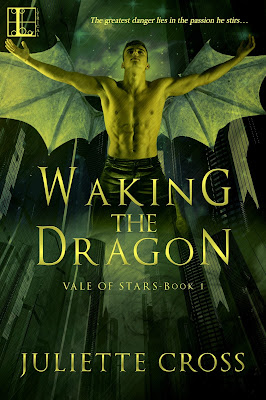 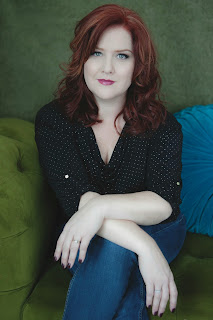 Juliette lives in lush, moss-laden Louisiana where she lives with her husband, four kids, and black lab, Kona. Multi-published author of paranormal and urban fantasy romance, she loves reading and writing brooding characters, mysterious settings, persevering heroines, and dark, sexy heroes. From the moment she read JANE EYRE as a teenager, she fell in love with the Gothic romance. Even then, she not only longed to read more novels set in Gothic worlds, she wanted to create her own. You can discover more of Juliette and her books on her website. 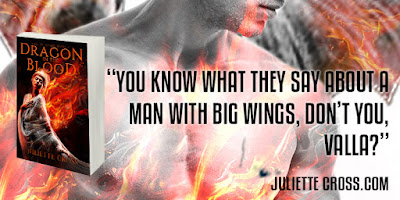