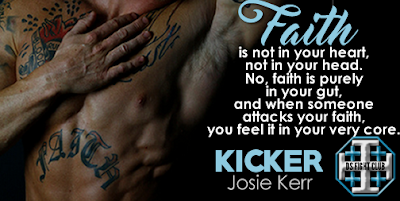 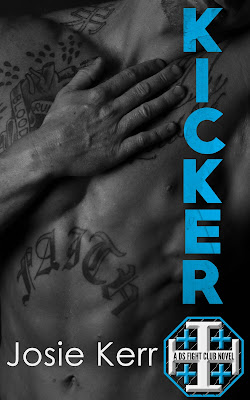 "Kicker" is the first book in an MMA contemporary romance series, chronicling the fighters of DS Fight Club in Atlanta, Georgia.
The Kickboxer Trevor “Tig” Mashburn is a man on the edge: on the edge of his twenties, on the edge of giving up his dreams of becoming an MMA fighter, and on the edge of losing the family farm. Little Miss Perfect Charlotte Markham always seemed to have it all: family, wealth, career, but now, at age thirty-six, she’s tired of being Little Miss Perfect and just wants to be herself. When Charlotte has a chance encounter with Tig, he impresses her with his brash confidence and complete honesty. Tig immediately responds to Charlotte’s sweet demeanor, and feels compelled to encourage the fragile woman from underneath her veneer of perfection. Opposites attract, but Tig and Charlotte’s relationship is more complementary than chaotic. Together, they help each other become their best selves.

“Tig is a sweetheart, even for being a "fighter". He's definitely more lover than fighter. His southern charm and manners were just refreshing.” - TBR Book Blog

“This was my first book by this author and after getting a third of the way through I quickly bought her other books.” - Loves 2 Read Romance 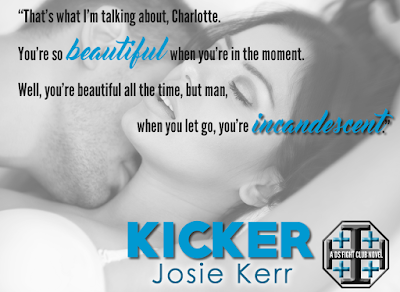 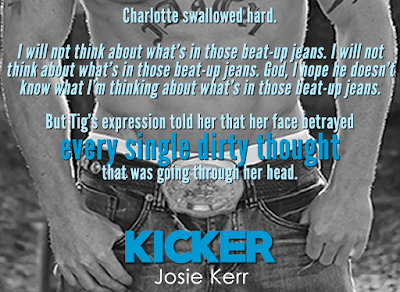 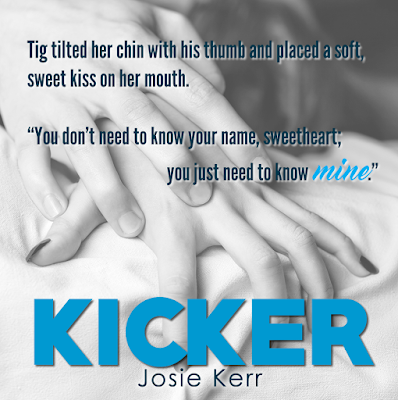 “Charlotte.” Tig’s voice and eyes softened. “Life’s too short to surround yourself with things you hate, and people that make you feel like you’re wanting.” He sighed and shook his head.
“I’m a coward,” Charlotte said quietly. “I’m thirty-six years old, and I’m still trying to please . . well, just about everyone.”
“Well, cut that shit out,” Tig said, and he put his hat back on his head. “Pack a bag, girl.”
“What?”
“Pack a bag. We’re going to my place.”
“What . . . what should I pack?”
Tig shrugged. “Something to wear tomorrow. I like the way you smell, so bring some of whatever that stuff is because I sure as hell don’t want you smelling like my soap.”
Charlotte nodded, stunned, and walked into her bedroom. As she was packing a small quilted tote bag, she heard Tig call her name.


“Don’t bother packing pajamas, Charlotte; there’s not going to be any need for those tonight.” 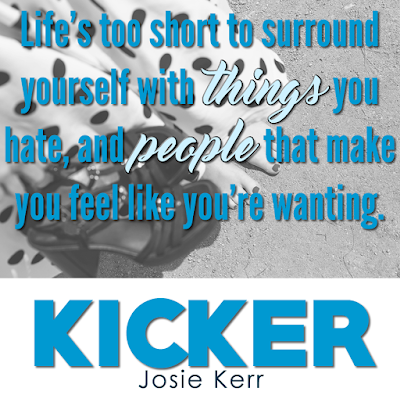 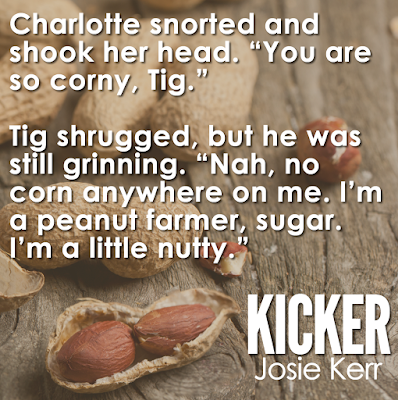 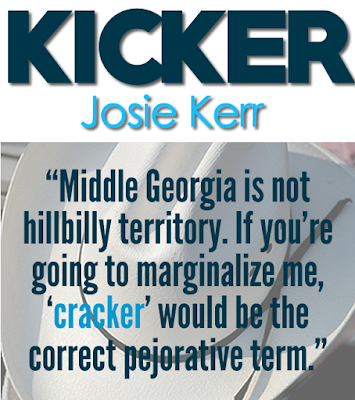 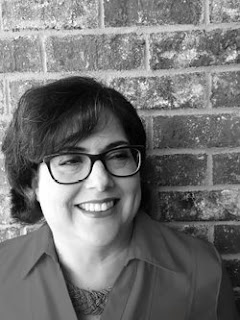 Josie Kerr is transplanted West Texan living on the edge of semi-profoundly rural Georgia, a.k.a. the southernmost edge of the northernmost county in Metro Atlanta. She has an M.Ed. in Secondary English Education, but discovered that she hated high school more the second time than she did the first, so she decided to meld her love of technology with her background in education and became an Instructional Designer. When not writing articles about how to fire someone without getting sued or why you should really not apply for jobs using your SexxyStud99@aol.com email address, she writes steamy romance novels that feature grown-up Heroes and Heroines. 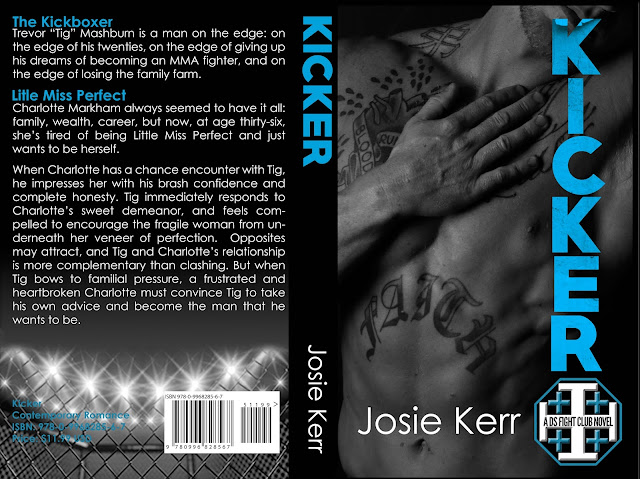