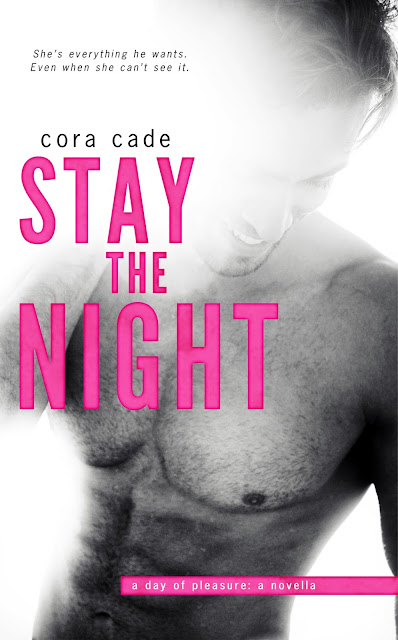 She's everything he wants. Even when she can't see it.

After her last relationship ended in the hospital, Lainey Eversman ditched Ohio to start fresh in a sleepy North Carolina town. Her tiny apartment above the Drunken Duck may be cramped, but she’s ready to let her big dreams erase those bad memories.

When she sprains her ankle, she reluctantly accepts Chris Harper’s help to cut her last few ties to Ohio, though she dares not accept anything else from the sexy architect. The last thing she can trust is her instincts when it comes to men.

Chris knew the fiery Lainey was his one and only the moment he set eyes on her. If only she’d let him get closer than arm’s length. But their trip to Ohio cracks the walls shielding her vulnerability, and she finally, hesitantly, takes that last step into his arms.

It’s still going to be tough to convince her to give love a fighting chance—especially with an ex who won’t take “go away” for an answer.

Warning: Contains a small-town hero who’ll do anything to convince a skittish big-city girl that he’s a safe bet. Expect loyal friendships, sweet kisses, and hot, dirty sex in the great outdoors.

The idyllic countryside of Lainey Eversman’s new home left a lot to be desired when you were under attack by mutant country spiders. Four weeks ago she’d purchased ten lakeside acres in the lush mountains of North Carolina. Currently she was standing on a rickety kitchen chair swatting at a horde of massive spiders crawling through a crack in her cabin’s ceiling. All the while wishing desperately she’d never left the confines of city life.

She was trying admirably to not freak out like a total pansy, but when a shower of leggy spiders fell in her hair she gave up the fight. Giving a little squeak she launched herself from the old wooden chair and began to dance around like a lunatic while brushing her hands madly through her hair.

After a brief tussle with her own ego, she finally gave up and headed for a real shower. The kind with water and soap. No one had to know she’d nearly had a meltdown over a few spiders. Those ten acres, so happily purchased a few weeks ago, had come with a tiny hunting cabin. One room encompassing a very small and formerly very dirty shower, a toilet, a kitchen sink the size of her favorite pair of shoes, and a mini fridge fresh out of the box, all in a twelve-by-twelve room.

At the time it had seemed like the perfect place to hang tight while she had a place built. In retrospect she should have taken her brother and his girlfriend up on the offer to make use of their guest room until the build was completed. She loved both Cal and Molly, but she had little interest in finding them in compromising positions all over the apartment. Given the pair of them, it would be near impossible to catch them doing anything but getting frisky.

The creepy cabin in the middle of nowhere was her home for the duration. It wasn’t so bad, aside from the bugs, the smothering summer heat, and the incessant nature noise. No one ever told her living in the sticks was loud. Since her first week in the cabin she’d been serenaded nightly by an orchestra of bullfrogs, crickets, and assorted evening critters. Every morning the birds woke her at first light. Eventually she’d adjust to the nature sounds, but to date she’d been averaging about six hours a night; not really enough to feel rested. Altogether leaving her just a little bit cranky from lack of sleep.

In theory living alone surrounded by nature was an amazing retreat, but in reality it was quite the adjustment for a city girl leaping into the next stage of her life.

After scrubbing all the spider particles from every square inch of her body she exited the shower and tossed on a pair of simple cotton panties and the thinnest tank top she could find. It was a beautiful August evening, but the heat of the day hadn’t dissipated enough to leave Lainey comfortable. The heat and humidity left her feeling sticky the moment she toweled off from the shower.

Being a half-mile down a winding lane in the middle of nowhere had its perks. Sitting on her miniscule porch in her underwear with her feet propped up was definitely one of them.

Well, until she saw a car’s lights turn off the main road and make its way toward the cabin. It could only be a handful of people. Her brother Cal, Cal’s girlfriend Molly, or more likely Chris. Chris the hottie architect that she’d met through Cal and Molly, who was contracted to redesign the coffee shop she’d purchased.

Given the light glow of a near full moon, Lainey guessed it to be nearly ten. Rather late for a business meeting. Finally, she determined it was Chris, as his sleek black car eased slowly closer until it was nearly ready to park next to her own car on the far side of the porch. Lost in her own thoughts, she was about to greet the hottie architect in her panties.

Launching herself to her feet in an effort to reach the front door of the cabin before Chris cleared the porch was easier said than done. In her rush she almost crushed a cricket with a poorly placed foot. Attempting to save the cricket’s life, Lainey lurched to the left and managed to trip over her own feet. Landing in an inelegant pile, she watched the cricket hop away unharmed.

As she was attempting to right herself Chris stepped into view and halted his progress at the foot of the porch. 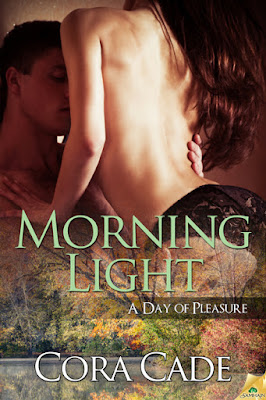 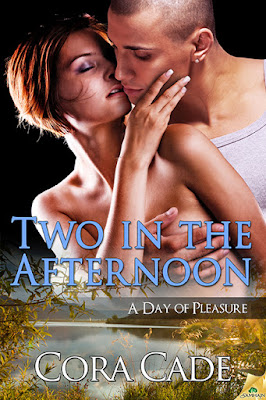 Nestled away in a small town in Ohio, I spend my days adding delicious books to my library, snuggling with my three rotten dogs, and debating the finer points of life with the dear husband. When I'm not tucked away with a book you can be find me tapping away at my laptop. With coffee. And my playlist.