“This series grips you by the throat and refuses to let go—and you’ll be begging for more the entire time.” — Sierra Simone, USA Today Bestselling Author

"𝑼𝒏𝒛𝒊𝒑 𝒕𝒉𝒂𝒕 𝒅𝒓𝒆𝒔𝒔 𝒃𝒆𝒇𝒐𝒓𝒆 𝑰 𝒔𝒉𝒓𝒆𝒅 𝒊𝒕."
You married a decent man.
A rock solid, arrogant war hero who knew exactly who he was and what he wanted. He wanted you, and you gave yourself to him.
You are his only desire--the only woman in his orbit--but the intensity of that desire is turning dangerous.
Love may be the death of both of you.
NY Times Bestselling author CD Reiss brings dark intensity to a couple so in love, they'll make the darkest of sacrifices to save each other. 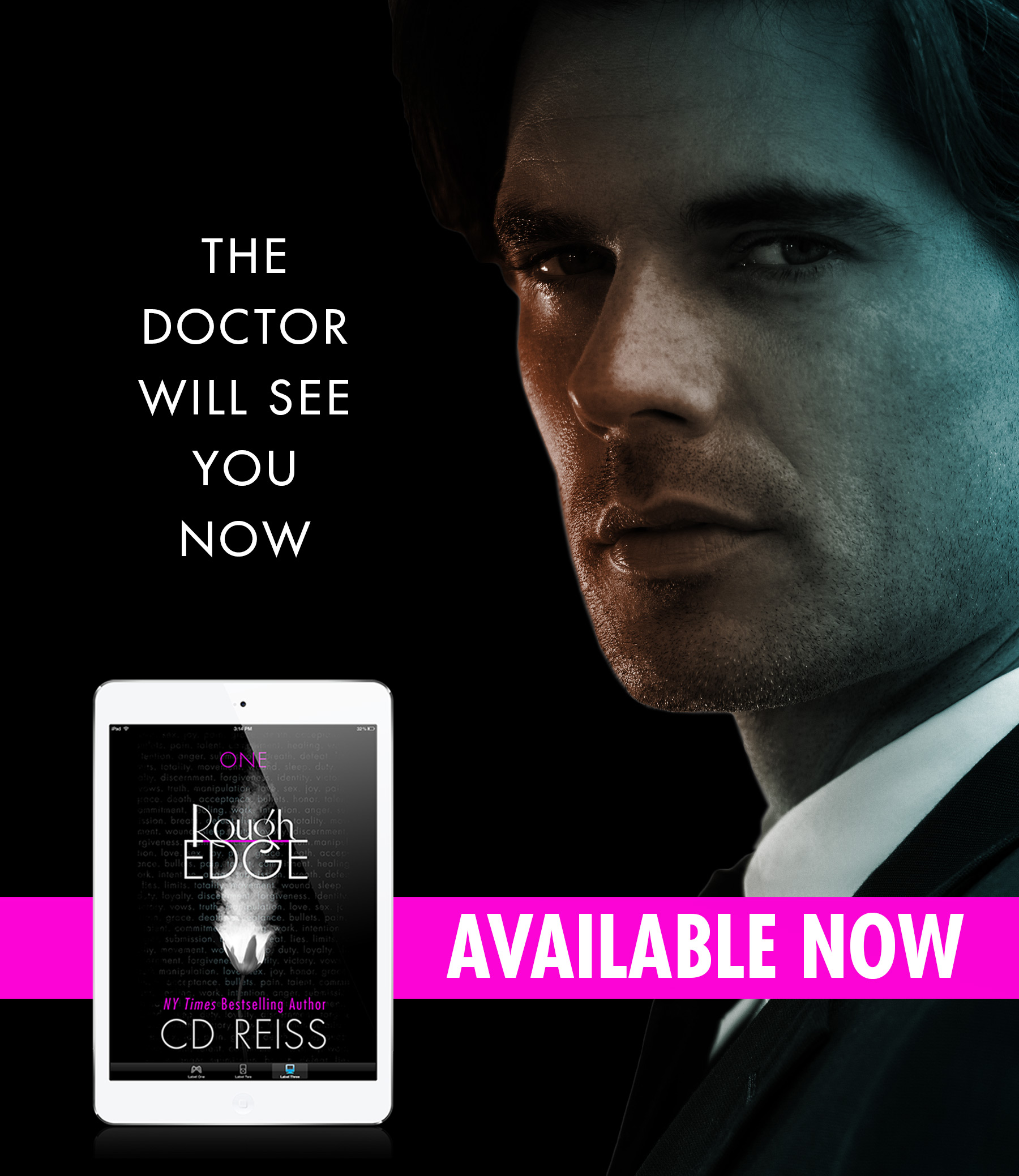 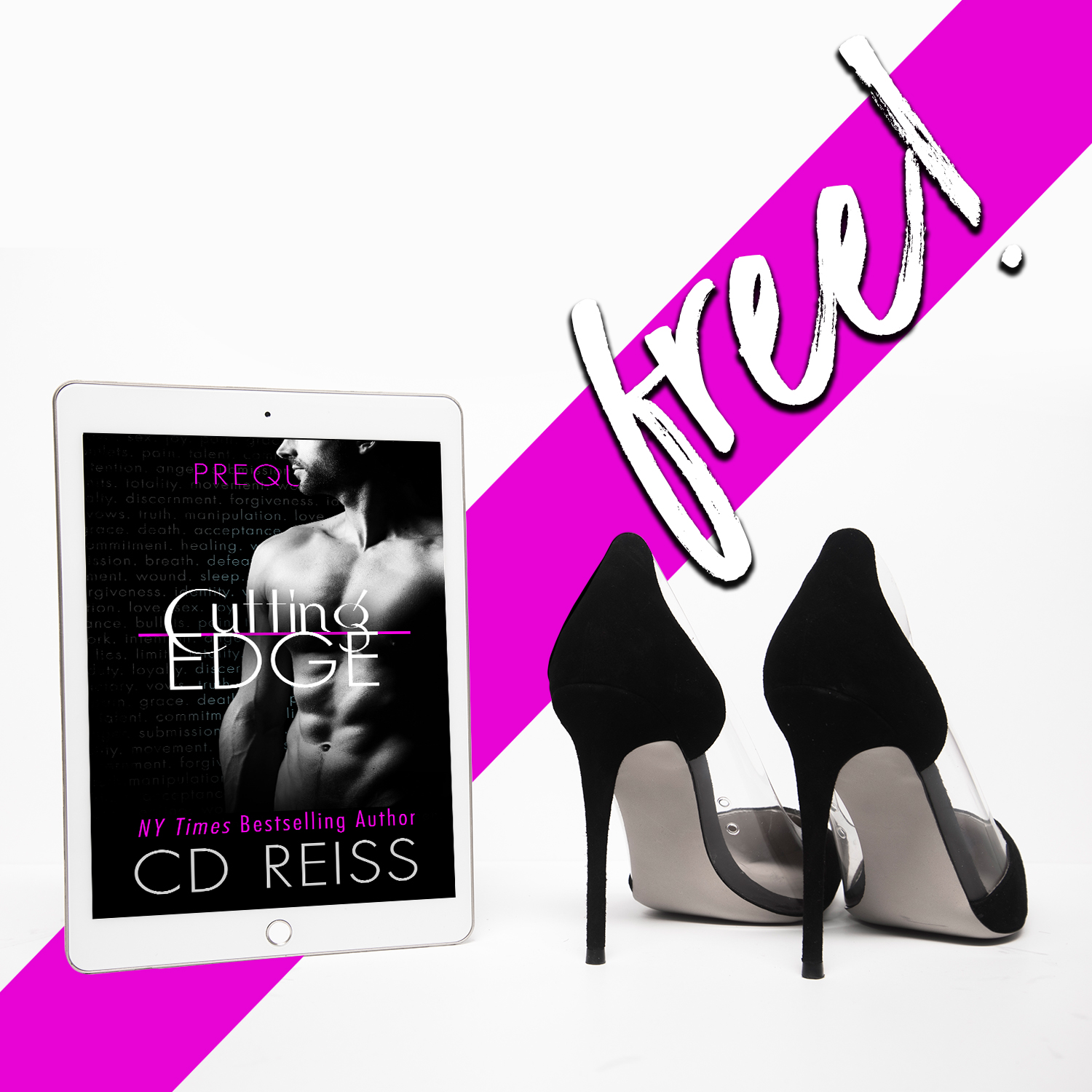 Read the prequel, Cutting Edge FREE today!
Exclusively on iBooks: https://apple.co/2Ia9q6U
Excerpt:
In the dark, during the fundraising video, she leaned into me, taking my hand. “What’s going on?” “Nothing.” “Caden.” My name was more than a statement. It was a comment on how well she knew the animal, and how well she loved it. If eyes could listen, hers did, gazing at me in the darkness. I couldn’t lie to her for much longer. The entire invite list was watching the video. The bar was empty. The hallway lights were dimmed. The kitchen staff moved constantly and quietly to set up the buffet. I laced my fingers in hers. She had a gold band we’d gotten out of expediency. No big sparkling rock. No sign I’d ever courted her properly before marrying her. My father always said a man didn’t skip steps if he wanted to do something once. I slid my cheek to hers and whispered in her ear, “I want to destroy you.” Her hand tightened in mine so tightly I could feel our bones. Her glands must have fired, because the apples and the perfume melded and became something so uniquely her my balls ached—but not for simple release. For something more. An agreement of ownership. Waiting wasn’t an option. Pulling her by the hand, I headed for the hallway. “Caden,” she said when we were away from the event, “slow down.” I didn’t. I couldn’t. I pulled her down the carpeted steps to the lower level, stepping over a velvet rope at the bottom. The lights were out in the hall. Three doors led to three empty event rooms. “What’s with you lately?” she asked. “Are you saying no?” “I’m asking a question.” I backed into one of the rooms and pulled her in. It was dark but for light coming from under the doorways on each side. I walked in deeper, eyes adjusting quickly enough to avoid the tables and stacks of chairs on wheeled dollies. “So am I.” I faced her. “Are you saying no?” “What are you hoping I’ll say yes to?” “I’m going to pull that dress up until I can get to these hard nipples.” I pinched them through the dress and she gasped. “Then I’ll bend you over one of these tables and fuck you so hard walking’s going to hurt. Are you saying no?” “I’m not. But I want to know what’s going on with you.” “Pull your dress up before I shred it.”

About the Author
CD Reiss is a New York Times bestseller. She still has to chop wood and carry water, which was buried in the fine print. Her lawyer is working it out with God but in the meantime, if you call and she doesn't pick up she's at the well hauling buckets. Born in New York City, she moved to Hollywood, California to get her master's degree in screenwriting from USC. In case you want to know, that went nowhere but it did give her a big enough ego to write novels. She's frequently referred to as the Shakespeare of Smut which is flattering but hasn't ever gotten her out of chopping that cord of wood. If you meet her in person, you should call her Christine.