ICE is the fifth book in the bestselling Devil’s Nightmare MC series by Lena Bourne. It is a standalone story with a guaranteed HEA ending, no cliffhanger, and no cheating!
Ice
The fighting cage made me a monster, and that’s what came out when they freed me. She thinks I saved her from monsters, but she just fell into the hands of an even bigger one. She also thinks we’re falling in love. She’s wrong. I forgot how to do that. Besides, love’s not what I want from her.
She should’ve run away from me when I told her to do it. Because now it’s too late.
Barbie
What I didn’t give freely they just took anyway. Until there wasn’t much left to give. But he showed me different, so I’m giving what’s left to him. I’m not letting him toss me aside, I’m staying right where I am. In his arms, and in his bed, and on the back of his bike.
We’ll find the road together or get lost trying. Because Ice and me, we were made for each other.
Note: This is biker romance novel, which contains steamy sex scenes and deals with disturbing themes that may be uncomfortable for some readers. Intended for 18+ audiences. 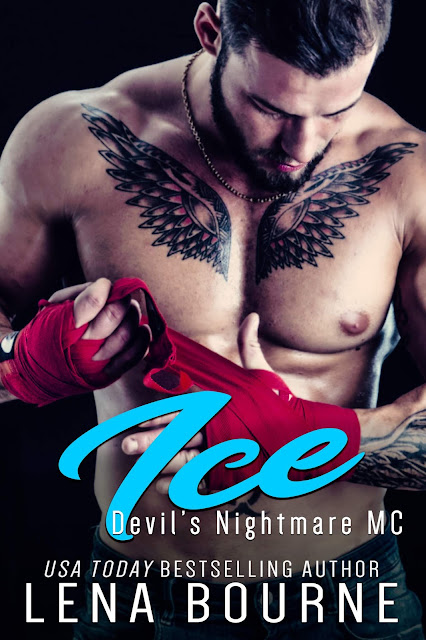 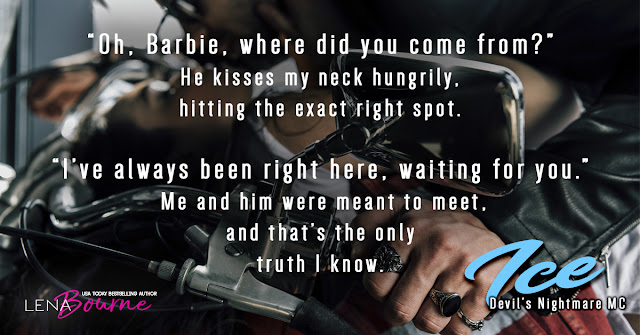 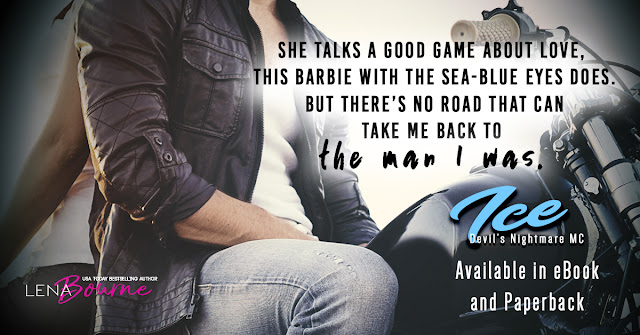 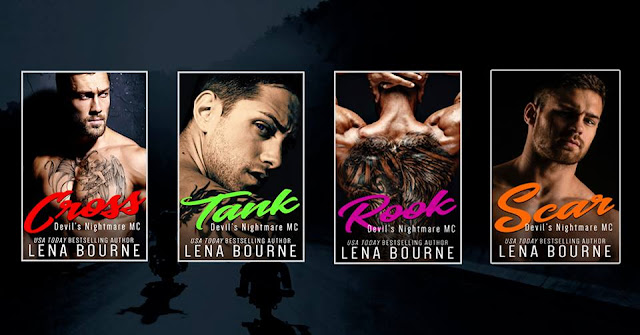