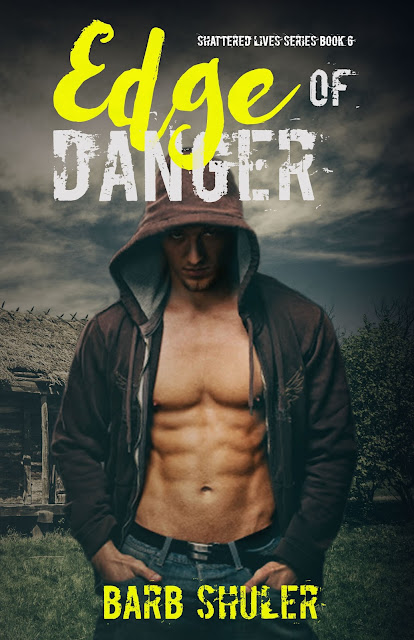 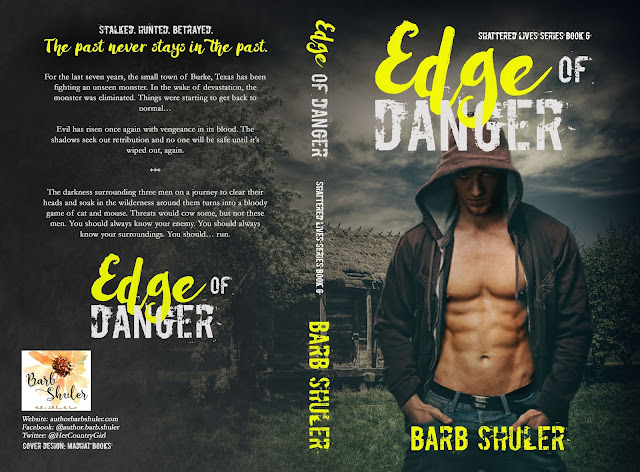 Stalked. Hunted. Betrayed. The past never stays in the past.

For the last seven years, the small town of Burke, Texas has been fighting an unseen monster. In the wake of devastation, the monster was eliminated. Things were starting to get back to normal…

Evil has risen once again with vengeance in its blood. The shadows seek out retribution and no one will be safe until it’s wiped out, again.

I don’t think my feet actually touched the ground as I hurried up to the door, punched in the code, and made my way in .

“MA!” I hollered before I caught myself. I winced when Mama Jay scowled at me. Doc and Dani Lynn came from the back office and I moved towards them. “We got a problem.”

“What? You better have a damn good reason for running in here like a crazy fool.”

“Doc, we got a call. Shelby needs you. She’s in active labor. I’ll come with you,” Mama Jay said. Dani Lynn smiled, but it faded when she saw that my face hadn’t changed.

“Dani Lynn, can you come to assist as well?” Doc asked her and she nodded.

“Talk and walk, kid.” She grabbed her bag, keys and waved to the door. We all moved out towards her SUV and Doc’s truck.

“Derek, what’s going on? You look like you’ve seen a ghost,” Doc said. We stopped and I shook my head.

“Shit. I got a call from Gramps. The only thing he said was ‘Mayday’ and then I lost the transmission. His SAT phone is off the grid.” I saw the instant change in Dani Lynn. Her body stiffened, her face flushed and the hand that held her keys in balled into a fist so tight her knuckles turned white. I tried to pry them from her hand before she hurt herself.

“It could be anything,” Doc said, but I saw the look he gave Dani Lynn. He didn’t believe that for one second.

“Come on, I’ll take you to Charlie’s, then we’ll come back and try to get a line on them again.” We loaded up quickly, and Doc followed us in his truck, along with Mama Jay. Dani Lynn tried to ease her breathing.

“Was there anything else?” she asked me. She was fighting back emotions that I knew were trying to take over. I saw her body shaking. I reached over and took her hand.

“No, Mama, nothing else. He’s with Robert and Wayne. I can’t see anything being so bad-”

“He called you and said ‘Mayday’. He wouldn’t just do that. Something is wrong... Bad wrong. Fucking knob swallowers! I need Drew.. why did they have to fucking go to goddamn Dallas now? Some fishy shit is going on,” she cursed, her hand whacking against the dash. I knew this was serious. Things were bad.. But she had said knob swallowers, I didn’t just hear that, or make it up. I managed to stop in front of Charlie’s a few minutes later, and I was still laughing. She was scowling at me, but I was just gonna laugh it out.

I was told to stay out here, which was good because my cell rang a minute later. “Landry.”

“Hatcher, got your message. What the news?”

“Nothing new. His SAT phone is out. Nothing is showing on the map. Neither Robert nor Wayne have their phones on, and even if they did, there’s no signal up there. They don’t have the damn tracking apps on.”

“Shit. Alright, let me run a few things on this end. I called in a favor for you. Walker and his team will be there by zero one-thirty. They’ll meet you at the station at zero-eight hundred.”

“Roger that. I’ll let everyone know. We’re in the middle of having a baby. Dani Lynn is about to have a stroke, and both Drew and Jacks were pulled to that court thing in Dallas.”

The silence on the other end of the phone said something that words wouldn’t. I could hear him typing but he wasn’t saying anything. 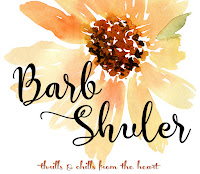 I’m a Carolina Girl by right and a Texan by birth... so I have a Texas-sized temper. Living and working in both states I’ve learned a lot about hard work, adapting to your surroundings and making the best of the path that you have been led down. My grandma Dollie once told me I would know what I was meant to do when it happened. She was right, as always.


As with most book lovers, I am an avid reader. Reading has always been a hobby - a passion, really. Reading helps to expand the perimeters of one's mind. That is what got me to start writing as a kid. If I had paper...or a wall... I was writing. Words are a part of us all. Why not use them, right?


During the day I work as a ‘desk jockey’ and help the residents of my county navigate themselves around our little, but not too little country town. By night I am either blogging, doing PA work for some of my favorite authors or I am fighting with the voices in my head. (They can be stubborn at times.) It’s a way to cope and make the troubles of the day disappear, if only for a few hours. It’s a blessing and I am cherishing every moment. For that which is my creation, may become someone else's treasure.