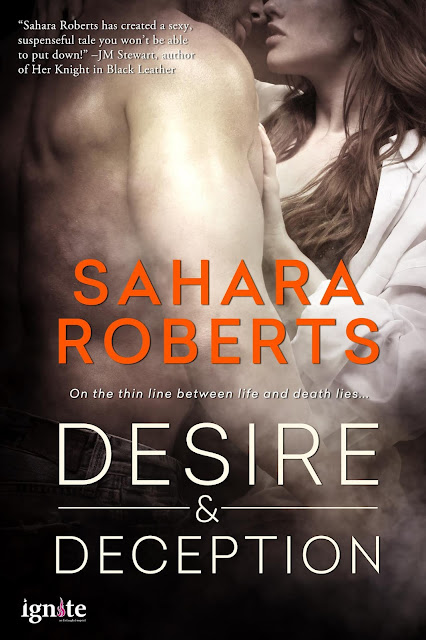 Tessa Marshal agreed to make her last night in Mexico memorable, but she didn't expect that to include being dragged out of her car in the middle of the night. She wakes up to find herself bound on the floor of a cartel safe-house, having to account for her part in a double-cross.
Kristopher "Kris" Harmon has spent years climbing the ranks within the Mexican cartel. He walks a tight line between vicious drug runners with agendas of their own and working with the cartel leaders he's trying to organize. Any distraction could prove fatal for him.


Their worlds collide when Tessa is mistaken for a drug mule and taken captive. As time runs out for both of them, Tessa has to reach beyond her fears and trust a stranger while Kris must choose between his lifelong ambitions and saving Tessa's life. If they want to survive, both must trust that there is more to the other than what meets the eye. 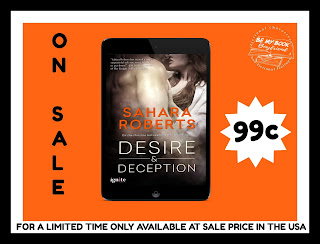 Why him? The only man who’d ever stirred such an intense physical reaction from her without a single touch.
“The hard-on can’t be helped, preciosa. It started when I saw you last night and hasn’t let up.”
“I spent some very uncomfortable minutes watching you bathe. I’m only friggin’ human!”
Her unexpected response left him huge, and hard, and hungry for so much more.
“If I hadn’t claimed you, they would’ve expected I share you.” And I’m not about to do that.
If you’ve spent any time with him,” she indicated Kris, “you’d understand my irritability.”
He was half golden-haired angel, half dark, intense temptation.
A strong arm pulled her against the heat of his body, holding her tight. “I’ll do my best to keep you safe.”
Was she indebted to a man or monster?
She cracked open an eye to find herself directly beneath the handsomest man she’d ever seen.
An eternity went by as they remained in the same spot, impossibly close, fueling urges at all the wrong places.
As muc-h as he’d tried not thinking about her, he’d grabbed a shirt in the same chocolate brown as her eyes.
“Sweetheart, trust me, neither one of my partners could fill out a teddy like you do.”
She was barefoot and bare-assed without a clue as to where they were holding her.
“I would’ve given you whatever you wanted.” He was quiet, thoughtful. “You know that, don’t you?”
This beautiful woman who fate delivered into his life had pulled at every heartstring he’d thought dead.
“I doubt I was breathing the whole time he looked at me.”

Sahara Roberts spends her days dealing with international trade issues (the legal kind) and her evenings writing romance. She is currently working on the 4th book in the Dangerous Desires series and the first book in a contemporary romance series.
Sahara lives in South Texas with her husband, who she lovingly refers to as Brat. She enjoys cooking, baking, and cake decorating, but she would certainly prefer to have someone else do the dishes.