Single hockey dad meets virgin nanny...can she crack the ice around his heart? Defending Dani by Kat Mizera is releasing on JUNE 7th! Keep reading for an excerpt! 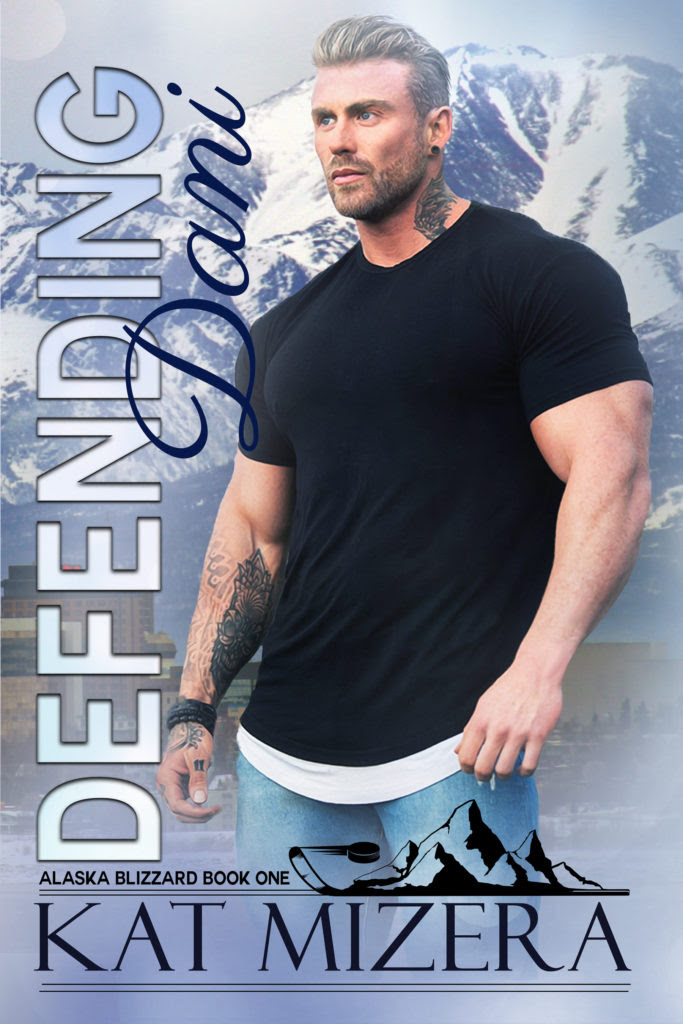 Professional hockey player Sergei Petrov has had a rough time after the tragic loss of his wife. Playing hockey and taking care of his son are all he has time for, all he wants. Getting traded was not on the agenda. Neither was a sexy, hockey-playing nanny to further complicate things. Star college athlete Danielle Cloutier may dominate the rink, but off the ice, she’s an amateur. She has been trying to get rid of her virginity for years, but guys are always intimated by her strength. That’s about to change when she meets her new boss. Chemistry between them sizzles, hot enough to melt the most frozen of hearts, but Danielle can’t afford to get attached. Not when she’ll be leaving soon. Sergei doesn’t know what to do with the sexy, stubborn woman, but watching her turn his new house a home makes him wonder if she’s exactly what he needs. Can he come to terms with his feelings before she skates out of his life for good? 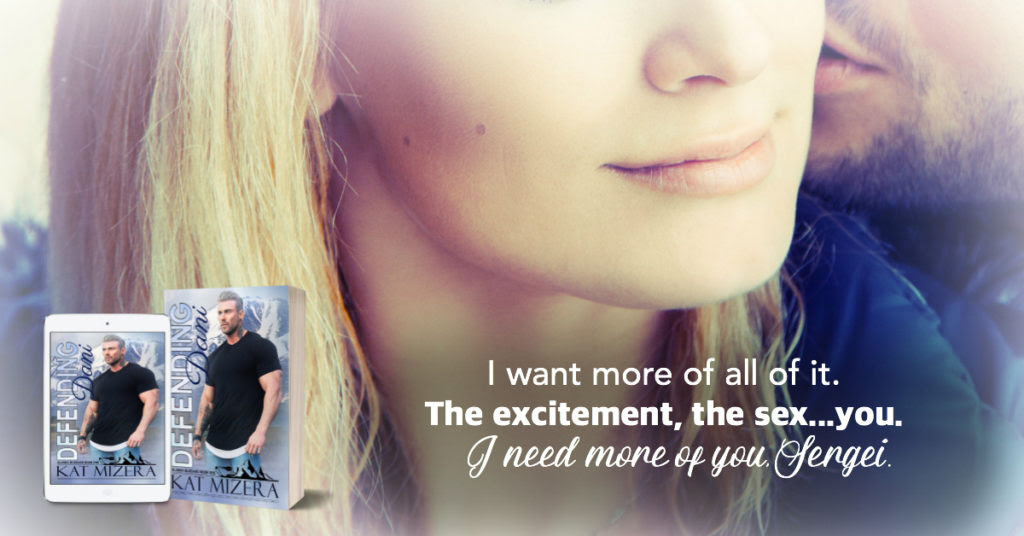 EXCERPT:
“Now that everyone’s distracted, I can kiss you in private.” He found her mouth with purpose this time, hauling her against him and sliding one hand under her dress. Sweet Jesus, she was wearing a thong. He ran his hand along the soft swell of her ass, wondering what made her so special. Every time he reminded himself she was leaving soon, he felt the strangest need to ask her to stay. It was entirely irrational, and he tried to brush it off, but now that he had her in his arms he couldn’t deny how perfect it was. How perfect she was.
His fingers drifted to the silky strip of fabric along her hip and he slid along the edge until he cupped the warm, damp V between her legs. “Damn, baby…are you wet for me?”
“Is there someone else kissing me and touching me and whispering in my ear?”
“There better not be.” He let out a grunt of disapproval. “You’re killin’ me, baby. Tell me what to do next.”
“Keep kissing me?” She cocked her head, her eyes burning with intensity.
He sighed, tracing her full lower lip with his finger. “I’m not afraid of your brother, per se, but I’m going to make damn sure I know what you want before I touch Zakk Cloutier’s little sister.”
“You’re already touching me, but if you want a formal proclamation, fine.” Her eyes twinkled with mirth. “I, Danielle Maryanne—”
“Maryanne?” he interrupted. “Did I know this?”
“I don’t know but shut up and let me finish.”
“Sorry.” He tried to keep a straight face.
“I, Danielle Maryanne Cloutier, do formally proclaim that I want you to make mad passionate love to me. Though maybe not here at your boss’s house.” Her smile was impish. “What about you?”
“Jesus.” He took a breath. “Well, then… I, Sergei Wayne Petrov—”
“Wayne? Your one-hundred-percent-Russian parents named you Sergei Wayne?” She was gaping at him.
He rolled his eyes. “My hockey-obsessed father was one of Gretzky’s biggest fans. May I continue?”
“Sorry.” She bit her lip in an obvious attempt to stop her laughter.
“I, Sergei Wayne Petrov, do formally proclaim that I will make you come at least four times tonight. Against my fingers, all over my face, and at least twice on my cock.”
A flicker of nervousness shadowed her face but then she dipped her head and pressed it against the hollow of his shoulder. “Did we just make sexual vows to each other?”
“Seems like we did.” He wrapped his arms around her. “And I’m going to make good on one of those vows right now.” He nudged her into the adjacent bathroom and locked the door behind them. 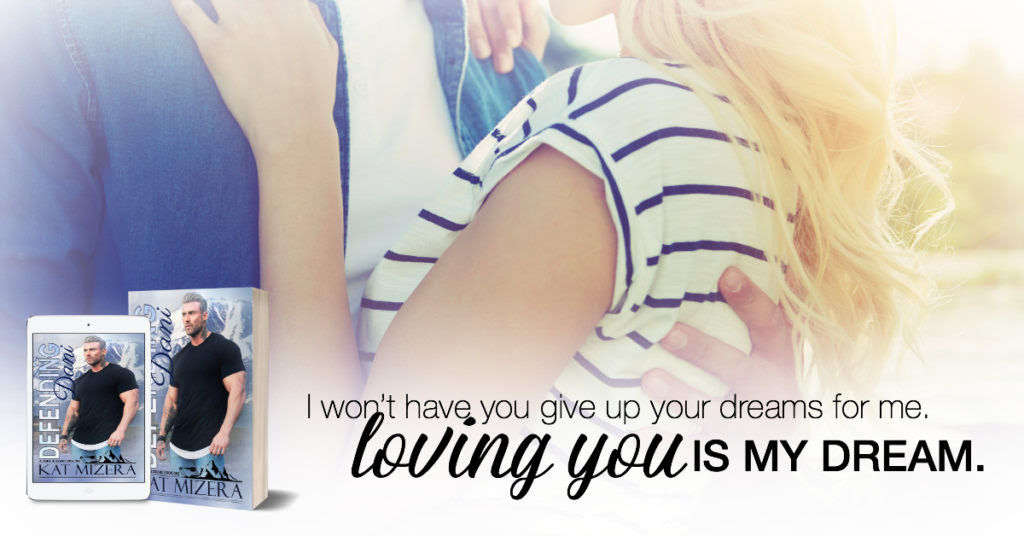 About the Author: Kat Mizera is a South Florida native. Born in Miami Beach with a healthy dose of wanderlust, she’s called Los Angeles, Long Island, upstate New York, Massachusetts, New Hampshire and Atlanta home. She’s never been able to pick which locale is her favorite, but if pressed, she’d probably choose the west coast. Kat’s a typical PTA mom with a wonderful and supportive husband (Kevin) and two amazing boys (Nick and Max). When she’s not writing, she’s either scrapbooking or indulging in her second love (after writing) – traveling. Greece is one of her favorite places in the world. She loves that Athens is a big city with a small-town feel. The food, beaches and culture keep her going back as often as possible. She hopes to retire there one day so she can spend her days writing books on the beach. Kat has been a working freelance writer for nearly 30 years. She sold her first article–a review of a rock concert–for $10 in 1985. Since then she’s been an entertainment journalist, waitress, bartender, legal assistant, food critic, magazine editor, substitute teacher, and sports writer. She also spent some time working at A & M Records in Los Angeles. As you can guess from her series, the Las Vegas Sidewinders, Kat loves hockey. She is also a freelance hockey writer, covering her favorite team, the Florida Panthers, and any other teams that have an interesting story. The rest of the time, she writes novels: sexy, romantic fiction that she hopes makes you as happy as it makes her. There’s something enticing about hockey players and romance…