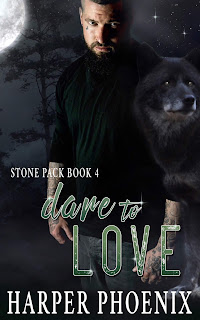 Harrison has never been your average guy. He just didn't fit the mould.


His past is behind him and now he has purpose.
A job.
And he does it well.
He lives for it and is prepared to die for it.
He's damaged but finally accepted. He has everything he needs, or so he thought.
Grace is broken, vulnerable and on the run. Carrying a piece of her past with her, a past she's desperate to leave behind.
But as the past and present collide she turns to Harrison for help.
Could he be the man for her?
But more importantly can she tame the wolf? 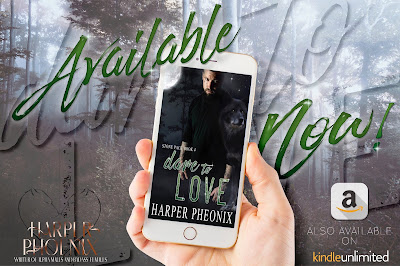 Prologue
Harrison aged nine.
Mum has two black eyes and a split lip when I get to the kitchen.
Dad came home in a bad mood last night. He hurt her bad. I’m still limping from the beating I got too. He didn’t come alone though, and dad took pleasure in watching. His friend always liked me over my mum, and my dad didn’t mind that at all. No matter how much I begged for it to stop, it never did. I wanted to run. But if I tried and he found me, it was always worse.
Last night, my mum had to strip naked as well as me. I had to watch that too. Dad’s friend took a belt to me, and when I wouldn’t bend over, and I fought to get free, he wrapped the belt around my neck. I passed out.
I woke up with him inside me, my dad grinning in front of me, while my mum wailed and cried, screaming for them to stop. He was grunting each time he went in. I struggled with all I had, screaming and flailing my arms, so my dad made my mum hold me still until the man was done with me.
My dad and his friend are passed out in the living room now. I glare at my mum, hatred burning deep in my belly. She starts to whimper and cry. I can’t be here anymore. There has to be somewhere better. This can’t be it.
‘I’m leaving, and I’m not coming back,’ I tell her in a small whisper. ‘You should come too.’
‘Shhhhh! Harry, I’m so sorry, so fucking sorry.’ I shake my head and look her up and down in disgust. I curl my lip and growl in frustration. Why me?
‘One day, I’m going to come back and kill them and if you’re still here...’
‘I have a plan, shhhh, Harry. I know what to do,’ she whispers then in an overly-loud voice adds, ‘go on now and get ready for school.’ I frown at her. Lowering her voice again she says, ‘Don’t take anything that won’t fit in your pocket. Everything is going to be okay, Harrison, I promise.’
I do as she asks and go to my room. I don’t have much anyway, so I put on two pairs of socks and pants and do my best to dress in a few layers without looking like the Michelin man. When I’m dressed and back in the kitchen, I watch as she gathers her bag and coat like she does on any normal day. Her eyes widen at me as I open my mouth to say something. Why isn’t she getting her things? I say nothing and walk out of the door without a word. It’s only when we turn the corner at the bottom of the street that she finally speaks. ‘There is a group of people a few miles away. They look out for each other, and they're like you and your Dad.’ She looks at me, and a small smile comes across her face—not a happy one though, it’s full of pity. I know right then that she isn't coming with me. I want to want her to come wherever she's taking me, but also, I don’t. A huge part of me blames her for everything too.
We travel for hours, and when we get to the place, my mum goes off with a guy into a room and leaves me in a small living room with another man. I'm on alert immediately, wondering what the hell she's playing at, and when he gets up and comes toward me, I hold my fists up to ward him off. He laughs as he passes and ruffles my hair with his hand.
'You want a drink, kid?' he asks a smile on his face.
I drop my hands and nod my head. I don’t speak.
'Your mother not teach you manners, kid?' I just look at him as he hands me a can of coke.
'Thanks,' I mumble. I sit back at the table, and he sits with his feet up on it.
'Looks like you have a story to tell, kid. If you want to talk, I can listen. Or we can just sit right here until your mother is done.' Again, I say nothing. Just acknowledge that he's spoken with a small nod of my head. I have red marks around my neck that cannot be hidden, and I know that’s the reason he's asking me to talk. But I won’t. Not ever. 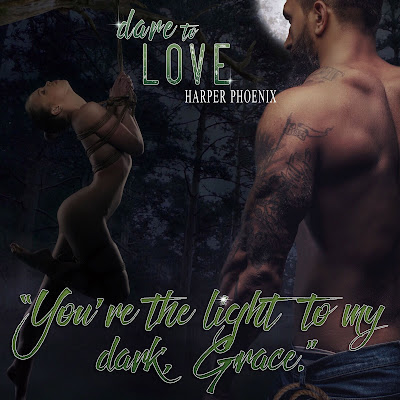 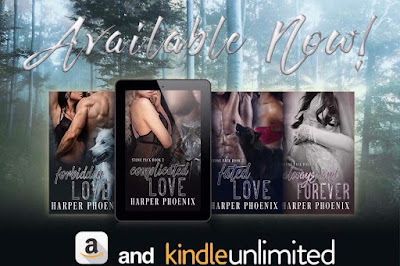 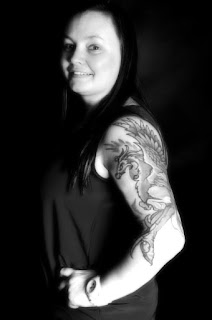 I was born and bred in East Yorkshire England, and I still live in my hometown, with my husband and children.
My journey with stories began when I was just a child, I would often scribble down wherever my dreams or imagination took me.
My journey with writing stories, began much later when I became ill and housebound for a period of eighteen months. I decided I would escape real life and become immersed in a story of my creation. With the support of my husband and family my first real story was born. I would stay up night after night tapping the keys of my trusty laptop, while my husband lay sleeping beside me. I was hooked. But it wasn't as easy as that. My story needed work. A lot of it. And it sat on my computer for some years after that. Later on I decided to embark on another journey. I went to university, where I studied Creative writing and english literature.
I then decided with a new wealth of knowledge that I would once again delve into the world that I had created. I had never forgotten the characters and would often think about what I would have liked to have done with them over the years. I had grown to love them for getting me through a very difficult period in my life, and I wanted other people to read all about them. And so I began to rewrite my book.
It wasn't until I delved into the 'Book world' on facebook that I discovered the 'Indie book world.' It's amazing! So many authors are now being heard publishing this way, and I can only hope that my books will leave a lasting memory for some or all of you readers too! 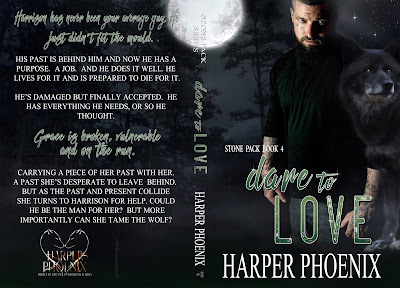