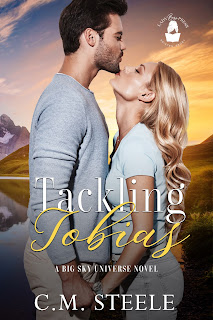 Tackling Tobias is part of Kristen Proby’s Big Sky Universe.
Grumpy, angry, a curmudgeon…
Who uses the word ‘curmudgeon’ anymore?
Those are the words used to describe my new boss and some other less than flattering words. The new boss who doesn’t even know I’ve been hired to invade his private sanctum and run the show. I’m the new cook for Tobias Reynolds, a Montana Cowboy with a surly attitude. I shouldn’t work for him given my background, but my options are limited and it’s a temporary arrangement.
A violent man left me scars, mostly invisible ones, but they promise me that Tobias will never lay a hand on me. One look at my new boss and I know it’s not his anger I fear, but the raging desire for his touch coursing through me.
They were wrong about the boss. Tobias can’t seem to keep his hands off me and I don’t want him to stop.
Beautiful, broken, mine…
That’s what I see when I look at Ava. From the first second I saw her, it felt like I’d been tackled to the ground my chest ached so intensely. I want to keep her, but this is just a temporary stop for her. She’s running from someone. Given the black eye she’s sporting, I’m guessing it’s someone who needs to be taught a lesson.
I’ve spent my time in the spotlight, but now I’ve gone back to my roots, working my family’s ranch. Some say I’m like a grizzly bear with a thorn in his paw, but I just want to work and go home to a good home cooked meal and some peace and quiet which has been hard to come by.
It’s not until she shows up that I realize how much more I want out of life. I’ll slay all her dragons, destroy her fears, and do all I can to get her to stay. 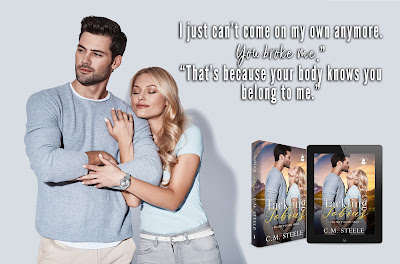 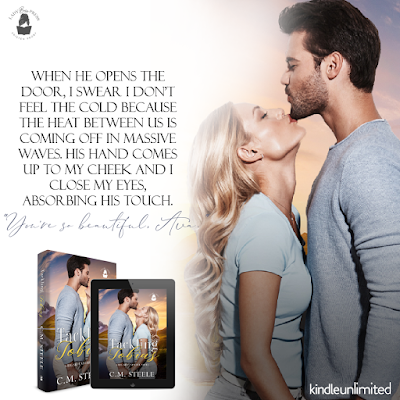 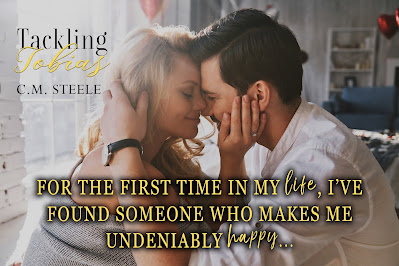 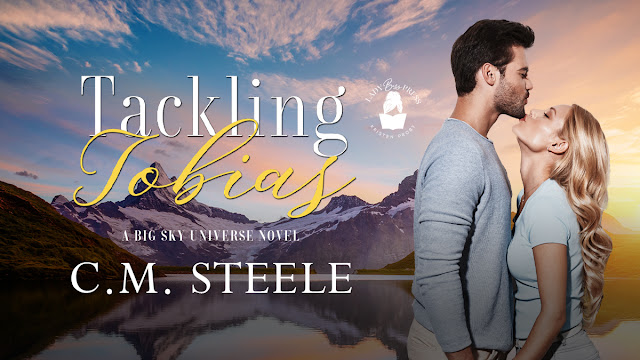 Not many can write an insta-love quite like CM Steele. What makes Tackling Tobias push above the others? It’s written in Kristen Proby’s Big Sky world!

The town of Cunningham Falls is back in the spotlight and once again, I’m enamored. Tobias, a grump rancher, meets his soul mate when he lays his eyes on Ava. He’s alpha, he’s protective, and he will lose his ever-loving mind if anything touches her.

Ms Steele writes characters that leave you feeling like you’ve known them your whole life. You are invested in their story while praying it never ends. And the sexy times...will make you blush! They are that H.O.T!!
The town of Cunningham Falls is once again at the backdrop of such a fun story that had it all, heat, romance, some sweet and a lot of alpha male.

Tobias and Ava didn’t quite hit it off great off the bat, but man did they make up for it. Ava is running from an awful family and she ends up in Montana
Tobias, can’t keep a good cook/housekeeper, he just fired the last one and holds out no hope for his future. Until he lays his eyes on Ava, after a short time he realizes he has met the love of his life.

There is no one like C.M. Steele that can write an insta-love story that will make you fall in love with her characters.