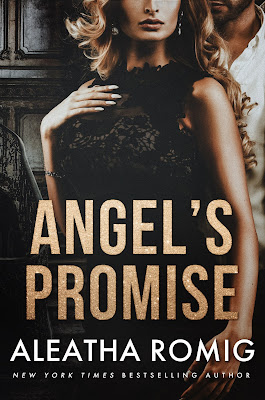 Everett Ramses came into my life like a hurricane on a dark New Orleans’ night. With a deep voice and penetrating gaze, his mere presence tingled my nerves and twisted my insides much as the city’s legendary stories of spirits and ghosts.
As the ruler of New Orleans, Everett Ramses lives life hard and takes what he wants without apology.
He wants me to be his queen.
I am not an unwilling capture or a damsel in distress.
No, I, Emma North, willingly fell for the man who proclaims himself the devil.
Rett brought me into a world I never knew existed. He saved me when I faltered, while setting his rules and satisfying my needs. In his large mysterious home, he provided a safe haven, helping me understand that there is only one person to whom a queen bows, her king.
I promised to be Rett’s wife, to give in to fate’s demand, with one warning. I would take his name and rule at his side; Rett Ramses could have my thoughts and my body, but my heart would never be part of the deal. I’d given it long ago to another man, one who left it in broken shards when he disappeared.
Do I follow through on the promise I made to Rett, or do I listen to the advice of my past and run before it’s too late?
The future of New Orleans is now in my hands.
*From New York Times bestselling author Aleatha Romig comes a new romantic suspense duet set in the dark and mysterious world of New Orleans. This full-length novel is the conclusion of the Devil’s Duet that began with the prequel “Fate’s Demand”, continued in DEVIL’S DEAL, and concludes in ANGEL’S PROMISE.
Grab Your Copy Here:
Amazon US | Amazon UK | Amazon AU | Amazon CA | Apple | Nook | Kobo
Have you been Aleatha'd? 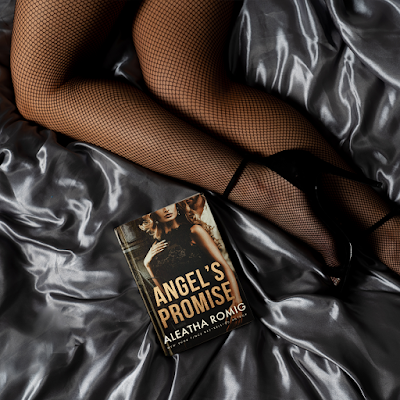 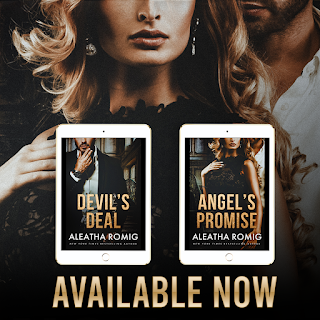 Emma and Rett's unconventional love story continues as outside forces try to infiltrate the leadership of New Orleans. Rett is doing everything he can to keep Emma safe but it is time for several confrontation and conversations to occur. Just when you think you know what is going to happen, Aleatha Romig once again proves you wrong. This story has suspense and so much angst but will end leaving you with a smile on your face. Rett isn't the devil he portrays to the world when he is bowing to his queen. Emma wields more control then she knows.

"I knew that the man walking toward me was more than the king of New Orleans. He was more than and prophet of fate's demand. Everett Ramses was capable of changing my stars." Emma