Series Tour & Giveaway ~ The Portland, ME Series by Freya Barker

“"From Dust" by Freya Barker is one of those special books. One of those whose plotline and characters remain with you for days after you finished it.” - Jeri's Book Attic - From Dust

"This book touches on some very serious subjects and really tugged at my heartstrings, but nevertheless, it was beautifully written. Be prepared to go through a lot of tissues, because Cruel Water is a tear jerker for sure!" - Author Maureen Mayer - Cruel Water

"Through Fire was another beautiful novel by Freya Barker. One thing you can always count on is to truly feel the book, and relate with the very real characters she creates." - Author Harlow Stone - Through Fire

"In my opinion, there is nothing better than a Freya Barker book. With her final installment in her Portland, ME series, Still Air, she does not disappoint. From start to finish I was completely captivated by Pam, Dino, and the entire Portland family." ~ Author RB Hilliard - Still Air 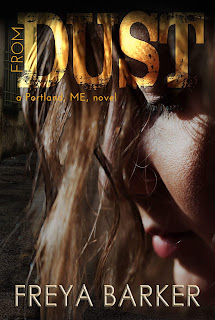 The bottle numbed her.


In the dark alley of a pub, the words “Please don’t” take hold of her heart and break the silence she seeks. Thinking herself beyond redemption, she tentatively grabs on to the slim thread of hope that unfolds inside of her.
Holding her secrets close, she can’t resist the comforting draw coming from The Skipper. The unconditional friendships it offers, the protective roof it provides, and the spark that its owner ignites in her—melting the frost off her heart, and slowly stripping away her resistance.
His life flows from one crisis to the next. Under the pressure of competition crowding him out of his family’s pub and the need to protect his children from the ruins of a bad marriage, he barely breathes. That is until a mane of strawberry-blonde hair and a set of big, pale blue eyes, shake him up.
He never expected the shadow of a woman he finds on the floor of his washroom to bring him the air―the balance and the light he’s been missing.
**Due to some content of a sexually explicit nature, this book is recommended for a mature audience only.** 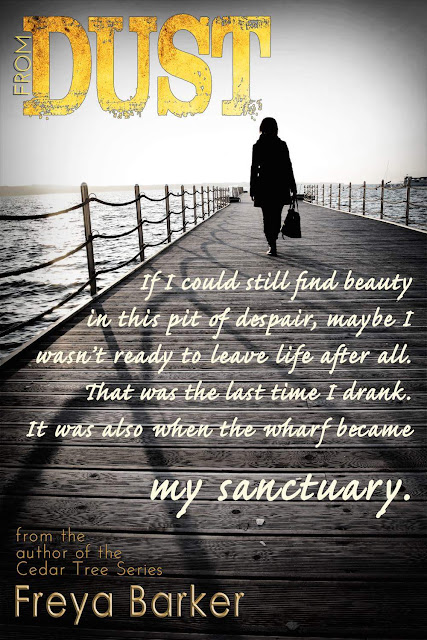 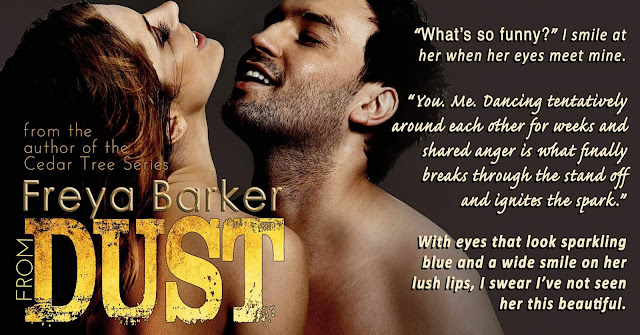 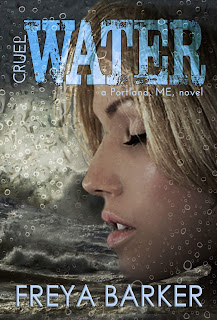 Love left her raw…
The life she carefully rebuilt is challenged when she is confronted with the sins from her past. The carefully applied protection is at once ripped away, leaving her exposed and vulnerable.
Her single night of indulgence with the silver-eyed stranger is only the beginning. He sees right to the heart of her and she is unable to ward off emotions that have been deeply buried. With the sting of betrayal still fresh in her soul, she’s surprised to find herself opening up to the honest integrity of the sharp-eyed, rough-looking biker.
When he lost everyone who mattered, he was left without roots and learned to be content simply living in the moment. Completely unprepared for the feisty blonde bartender with old pain marring her clear-blue eyes, he questions his own rules of detachment, as she unwittingly finds a way under his skin.
Appearances deceive and when the masks fall away, revealing deep, dark secrets, there is nothing left but to hang onto each other and survive the storm. 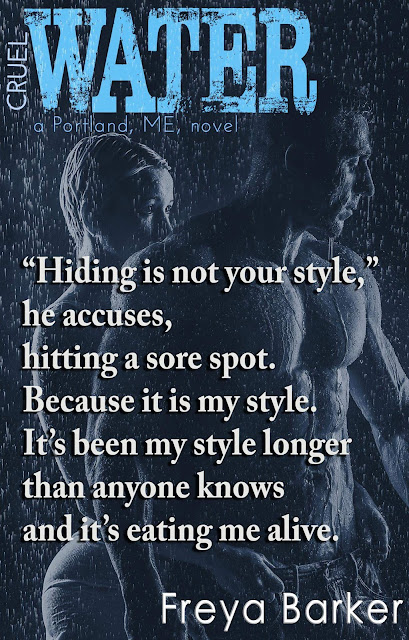 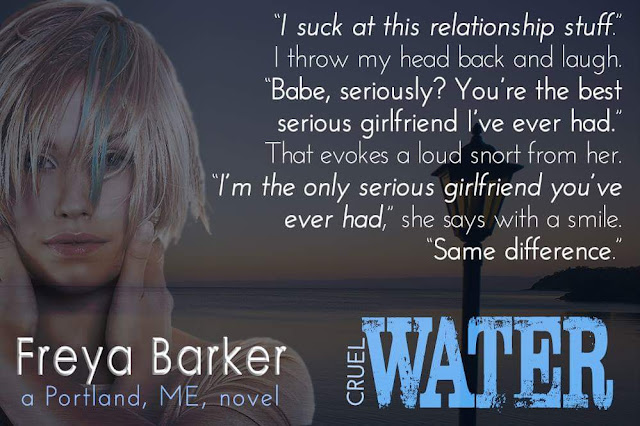 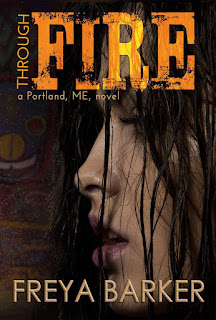 Violence corroded her… Obedience defiled her… Fear kept her chained… Freedom is hard to embrace when she’s never learned to trust. Yet in the span of a second, she grabs a single opportunity and runs toward it. Straight into the sanctuary of a pub at the end of a wharf. She doesn’t understand the concept of friendship. She’s never felt the connection of a relationship. She’s as innocent as the driven snow and yet tainted with corruption. Still, she finds herself surrounded by people who accept her, without even knowing the first thing about her. But one of them is determined to dig deeper. He treasures his friends, yet he’s steered clear of committed relationships. He likes his life comfortably predictable and entirely controlled. Until it isn’t. For months he’s avoided interacting with The Skipper’s newest addition. Perhaps realizing that once he looked deeply into those liquid brown eyes, he wouldn’t be able to turn away. When his present and her past puts them both on the brink of change, they are forged through fire as one. 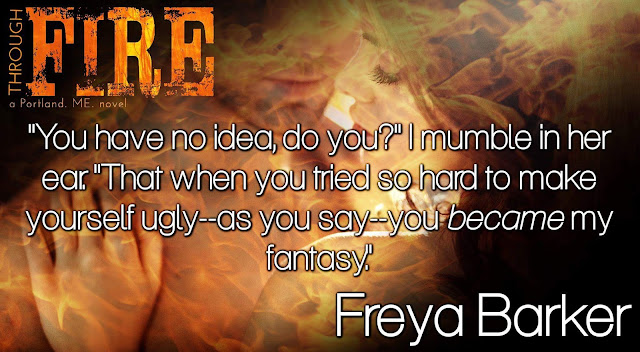 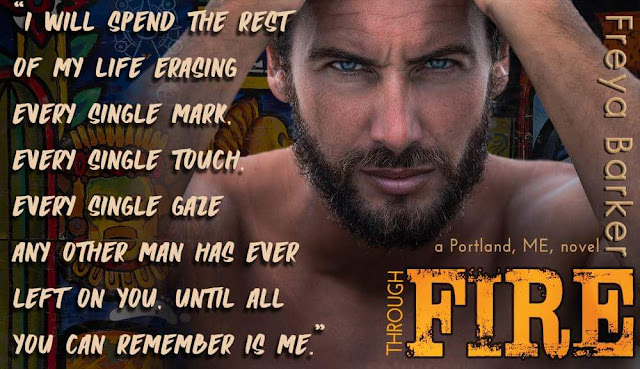 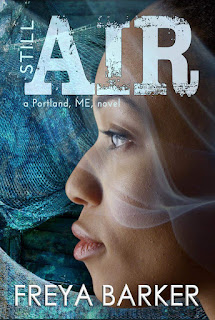 Deprival haunted her…
Regret troubled her…
Silence left her detached...
A life in the service of others is both penance and a blessing. She soothes her personal hell by pulling victims from theirs, helping them on their path to survival; never finding her own.
When a crippling blow finally evaporates her last hope, the temptation to give up is strong. Still, she can’t find it in her to turn her back on those who need her: the innocent, whose rescue is her perpetual goal.
He was blind, but now he sees how his family has sifted through his fingers. The reality hits hard when his son becomes a stranger, slipping deeper into transgression. Concern has him call on the one person he fears will see his own failures all too clearly. A woman he’s kept his distance from for his own protection.
What appeared to be an incompatible pairing, turns out the unyielding bond needed to heal them all. 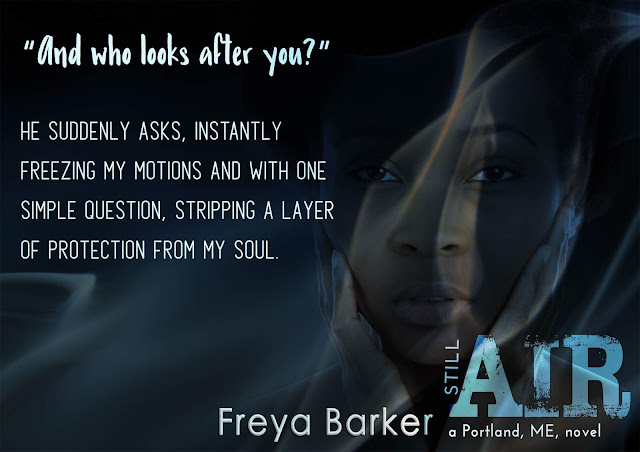 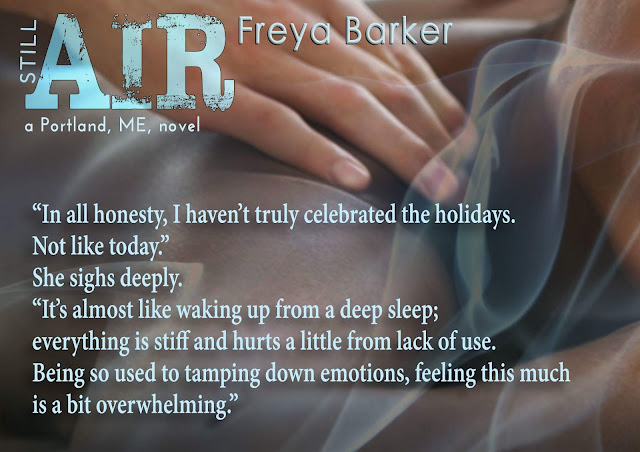 Freya Barker inspires with her stories about 'real’ people, perhaps less than perfect, each struggling to find their own slice of happy. She is the author of the Cedar Tree Series and the Portland, ME, novels.
Freya is the recipient of the RomCon “Reader’s Choice” Award for best first book, “Slim To None,” and is a finalist for the 2016 Kindle Book Awards for “From Dust”. She currently has two complete series and three anthologies published, and is working on two new series; La Plata County FBI—ROCK POINT, and Northern Lights. She continues to spin story after story with an endless supply of bruised and dented characters, vying for attention! 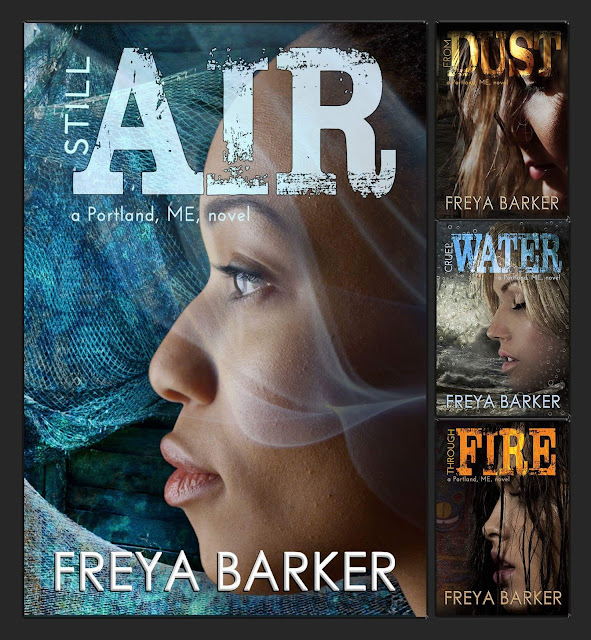