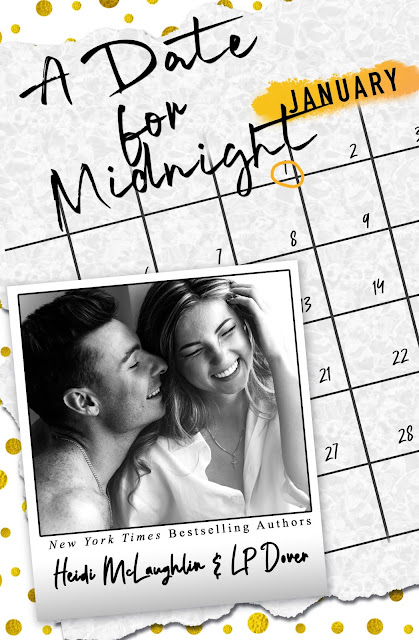 It’s New Year’s Eve and Natalie has a rare night off from her shifts at the hospital. Determined to have fun with friends, she stops at a local store for provisions.
There, amongst the craft beer and pork rinds, she comes face to face with her high school boyfriend, Brennan McLean. He’s a rockstar. She’s a nurse. To say life led them in different directions would be putting it mildly. Still, time hasn’t lessened the electric chemistry between them. By the end of the night more was dropping than just the ball.
Convincing herself she could have fun without getting attached, Natalie treats herself to a weekend tangled in the sheets with him. But that lie she told herself pops faster than champagne bubbles.
With media rumors swirling around Brennan, can the pair find a way to make their unlikely relationship work? Or will Natalie’s resolution not to get her heart broken meet a painful end? 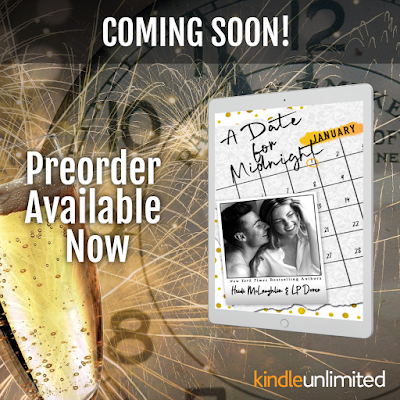 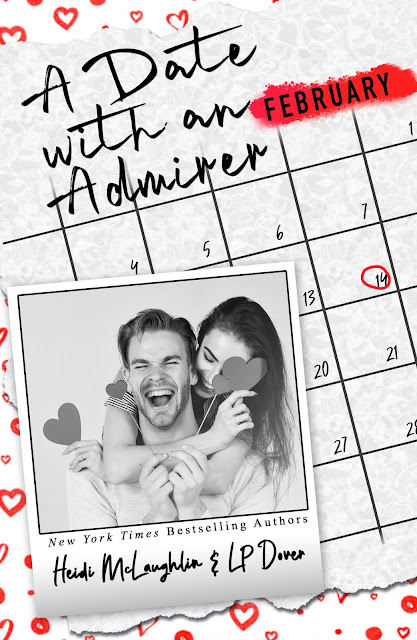 February is the month of love, but not for Sophie. One week before Valentine’s Day, she learns her boyfriend of two years has been cheating on her with one of his dental hygienists. As much as she wants to erase any trace of him from her life, she has no choice but to face him and his new squeeze at a huge Valentine’s Day bash that has fast become the social event of the season. No way is she going alone. What she needs is a beautiful hunk of arm candy... STAT. Sophie’s best friend, Ellie, proposes the perfect solution to her dilemma. Her brother Tanner, the smokin’ hot surfer, just got back into town and is more than happy to help Sophie prove she’s over her scumbag ex.
What starts as an act between Sophie and Tanner quickly swells into more. It doesn’t take long before Sophie finds herself wanting to ride more than just waves with the toned and tanned hottie. But when passion crashes over the pair, Sophie fears she’s putting her friendship with Ellie at risk.
Can Tanner convince her to give their love a chance? Or will the bonds of friendship repel Cupid’s arrow? 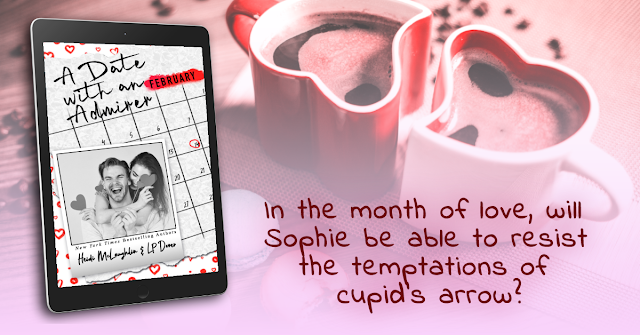 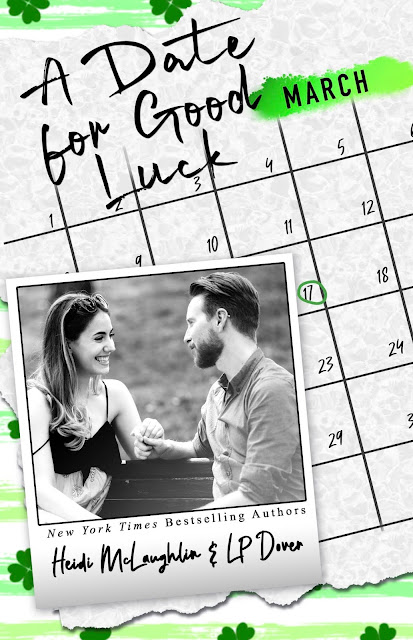 Kiss the Blarney Stone, Hope Dunn is going to need some good ole fashion Irish luck! In the chaos of tax season the Arizona accountant is pulled away to stand in her cousin’s wedding. All it takes is one step back in the Big Apple, and she regrets making the trip. True to character, her mother uses their time together to hound Hope about getting married and settling down. Still, Hope fulfills her bridesmaid obligations by joining the bridal party for a shamrock wearing, pint chugging St. Paddy’s day blow out. There she runs into best man—and smokin’ hot ginger—Kellan Townsend. Far too much green beer later, she finds out exactly what that fine Irish lad keeps under his kilt. Afterwards, Hope wants nothing more than to walk of shame her way into a dark room and nurse her hangover. Unfortunately, wedding demands won’t allow it. As if facing Kellan isn’t awkward enough, her mother picks that moment to launch into a fresh guilt-trip over her lack of grandbabies. Like a lucky little Leprechaun, Kellan cuts in with a magical offer.
A pretend romance, to get her mother off her back, seems like a wish granted. But Kellan has an agenda all his own. Can he use this opportunity to jig his way straight into Hope’s heart? Or will he need a four-leaf clover to get past this workaholics defenses? 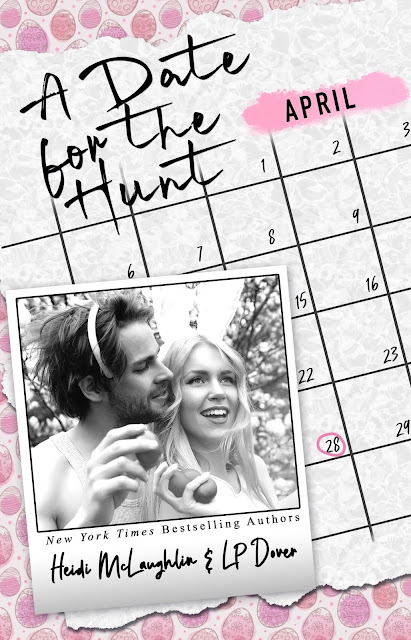 Allison Wood is single and not looking to mingle. Unfortunately, her sister, Erin, doesn’t take no for an answer. As the producer of a new reality TV show, that turns a traditional Easter egg hunt into a dating show, Erin believes her sister would be a perfect contestant and secures her a spot. Instead of cozying up at home and biting the ears off a chocolate bunny, Allison finds herself in Aruba hiding an egg while America watches. She could have been paired up with a slew of other guys. But who does fate match her with? Sexy fireman Hudson Bryant, who happens to be the same guy that made Allison’s high school years miserable. Go on a dating show, they said. It’ll be fun, they said. When viewers learn of their history, the pair instantly become a fan favorite. Everyone is eager to see how their story will unfold. For the good of the show, Allison agrees to play nice with the former jock... for now.
Can Hudson make amends for the past and crack through Allison’s hard candy shell to her cream-filled center? Or will her time with him leave a bitter, black jelly bean taste in Allison’s mouth? 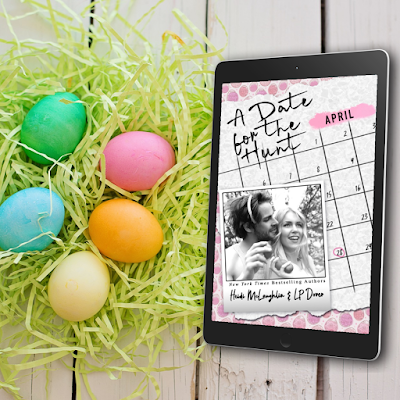 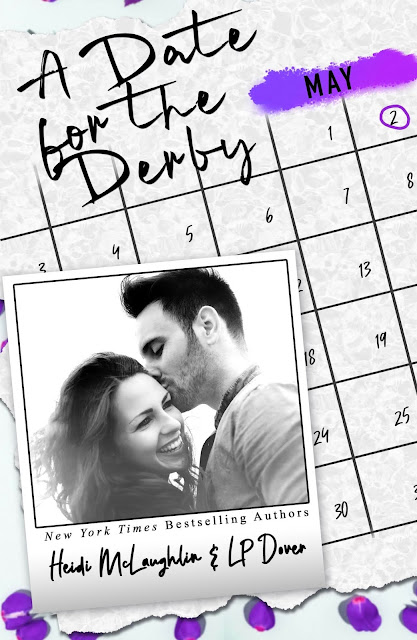 For Brielle Armstrong the pomp and circumstance of the days leading up to the Kentucky Derby are truly the most thrilling time of the year. Press junkets, designer gowns, everyone schmoozing her in hopes of getting in her daddy’s good graces. What’s not to love? But this year, her heart is racing with anticipation to see Colby Hensley. As a former trainer of her family’s champion horses, his rugged sex appeal has always filled Brielle’s mind with naughty thoughts of a little barebacked fun. Even though Colby walked away from their farm, her father, Butch, would never approve of him. But what daddy doesn’t know can’t hurt him. If their secret comes out, it could cost Brielle everything. Still, what fun is life if you don’t ride it at a gallop? Grab your riding crop, and place your bets. It’s Derby Day! 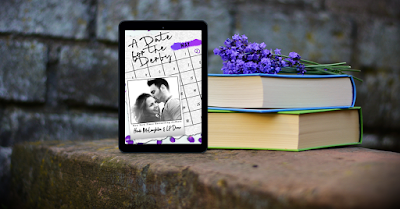 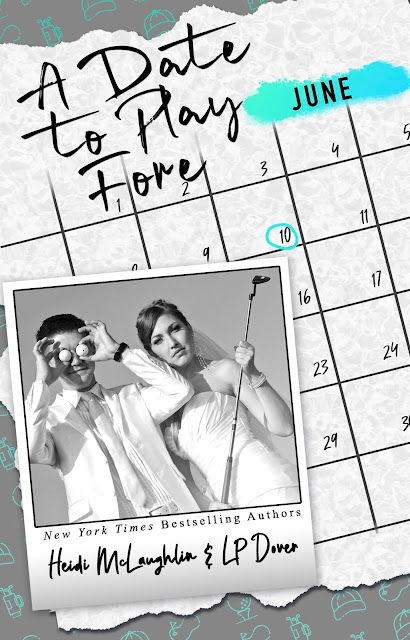 Tee up for the long drive, it’s golf season! After winning the U.S. Open, Greyson Jennings couldn’t help but take playful jabs at Bryan Nelson, his prime competition’s, expense. His snarky claims during the press junction may have burned off like fog on the green, if a week later they hadn’t found themselves at the same golf resort. Hungry for a little payback, Bryan challenges Greyson to a grudge match: Grey and his best friend versus Bryan and his sister, Leah. Turns out, Leah is a ringer with a swing—and curves—that turn Greyson's thoughts to a hole in one of another kind. Unfortunately, Leah’s opinion of him has been formed by the many stories Bryan has shared. That may hurt this golfer’s handicap, but he’s nowhere near ready to give up. It’s game on as Leah agrees to meet Greyson on the green and go head to head with the hole as the goal. Can Greyson prove there’s more to him than an impressive club and a carefully crafted bad boy persona? Or will the sting of Leah’s rejection leave him in need of some alone time and a good ball washer? 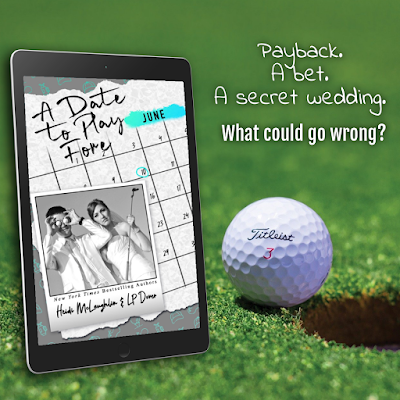 Heidi McLaughlin is a New York Times, Wall Street Journal, and USA Today Bestselling author of The Beaumont Series, The Boys of Summer, and The Archers.
Originally, from the Pacific Northwest, she now lives in picturesque Vermont, with her husband, two daughters, and their three dogs.
In 2012, Heidi turned her passion for reading into a full-fledged literary career, writing over twenty novels, including the acclaimed Forever My Girl.
When writing isn’t occupying her time, you can find her sitting courtside at either of her daughters’ basketball games.
Heidi’s first novel, Forever My Girl, has been adapted into a motion picture with LD Entertainment and Roadside Attractions, starring Alex Roe and Jessica Rothe, and opened in theaters on January 19, 2018.

New York Times and USA Today bestselling author L. P. Dover is a southern belle living in North Carolina with her husband and two beautiful girls. Everything’s sweeter in the South has always been her mantra and she lives by it, whether it’s with her writing or in her everyday life. Maybe that’s why she’s seriously addicted to chocolate.
Dover has written countless novels in several different genres, including a children’s book with her daughter. Her favorite to write is romantic suspense, but she’s also found a passion in romantic comedy. She loves to make people laugh which is why you’ll never see her without a smile on her face.