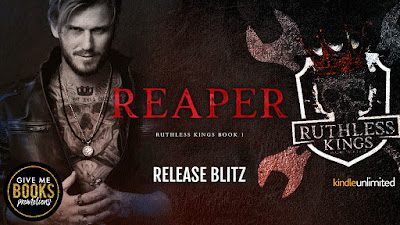 
My dead best friend's daughter and the woman that haunts my dreams are one and the same.

For the last two years, I've told myself she's off limits.
That a man like me, can't be with a woman her age.
Then my little maniac turned eighteen.
And I gave in to my temptation.
I shouldn't have, but now it's too late.

She's mine now, and I'll never let her go.

Then one of the biggest sinners in Vegas thought he could just take her.
He's forgetting. It's my job to protect her. Mine.

Now, I'm going to burn this city to the ground.
I'll reap havoc until my little maniac is back in my arms. 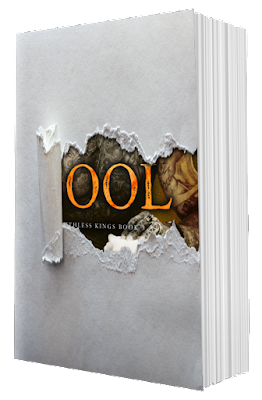 K.L. Savage decided they were tired of looking for the kind of books they wanted to read. They had an itch that needed to be scratched, and as every girl knows, nothing scratches better than an alpha.

They write about gritty, alpha males, sometimes their dark sides, and the women they love.
If you have the same itch, their alpha males should fix that.

If you like crazy, alpha bikers then Reaper is a must read. Reaper is the foul-mouthed, take no prisoners president of the Ruthless Savages. Sarah is the daughter of his dead best friend, and former president of the MC. Sarah was rescued by the MC six months before this book starts. She is head over heels in love with Reaper, but she’s 17 and off limits (at least until her 18th birthday). Then all hell breaks loose.

This is the first book in the Ruthless Savage MC series by KL Savage. It’s full of drama, suspense, cursing, and carrying on. Pretty good book to start the series. The secondary characters are a hoot (and a little scary 😳).