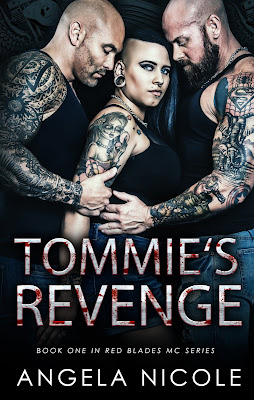 An MC leader falls, igniting a blaze for vengeance.

When her father, the president of the Red Blades MC, is killed, Thompson "Tommie" Beado becomes hellbent on revenge. No longer the young girl she once was, the brash and bratty beauty just might be crazy enough to pull if off... even if that means putting the club in danger.

Lennox "Blue" Black is the Red Blades enforcer. His greatest thrill is making men pay for their dirty deeds, especially against his beloved MC. But when he's assigned the task of keeping Tommie out of trouble, he finds himself faced with far more danger than he ever anticipated.

As the newly named president of the Red Blades, Shaw "Whip" Benson is on full alert. Enemies are closing in, and Tommie Beado's smart mouth is adding fuel to the fire. Lacking the time and patience to deal with her, he fears she will bring a bloody war to the MC.

Now, both brothers must find a way to protect their club, while struggling against their growing desires for Tommie. Can Tommie find the person responsible for her father's death? Or will she lose herself to the passionate pull of retribution? 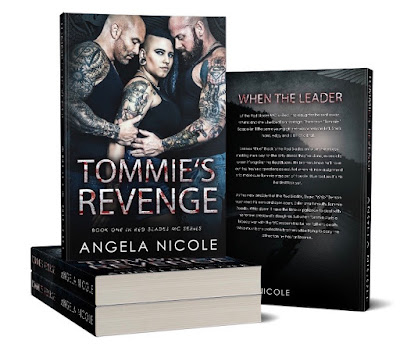