The war is over. The rogue vampires dispatched. As a full-blood vampire and sorceress, Kayci Pierce finally feels safe. Her focus now set on how to run the Covenant and best protect her species. The next-in-line, Lycan clan leader shares Kayci’s vision—but his captivating and sexy brother, Cassius McCabe is a distraction Kayci can't afford.
New threats surround Kayci as she navigates unfamiliar territory and feelings she can't hide. Will temptations destroy her and everything she's worked for, or will love be enough to pull her back from the edge? 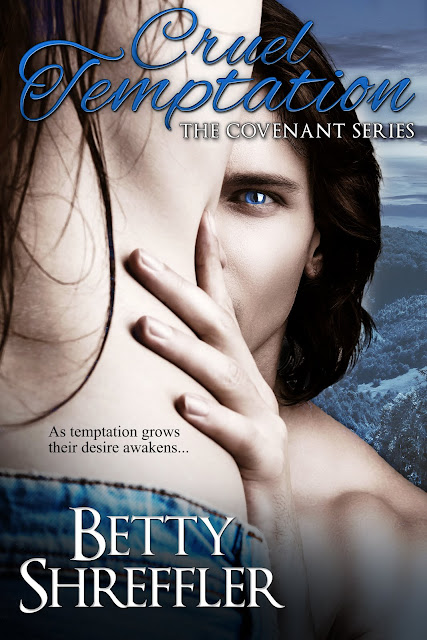 “Loved this story even more than the first! Shreffler's writing is exquisite - the events and the way she describes them are incredible. You don't dare take your eyes off the page.” ~5 Star Amazon Review

“The second of the Covenant Series, Cruel Temptation is even better than the first book in the series. A fun and great read!” ~5 Star Amazon Review by Katie

Excerpt From Chapter 8: Cruel Temptation
She laid back on the ground. Stared up at the moon, still reeling from her meal. Her vampire senses on high alert. She heard the rustling leaves. The light footfalls of two feet. He had shifted. She smelled him as he neared. Heard his elevated heartbeat. He approached quietly. Her eyes drifted in his direction. He stood, illuminated by the moonlight, stripped of his clothing. He'd lost them in the transition.
She sat up abruptly, unable to look away from the deliciously naked male in front of her. Even without an erection, he was abundant and monumental, just like the rest of him
"Cass." She heard the purr in her own voice, her body betraying her. "Where are your clothes?" She knew where. Torn and laying in the woods.
"Couldn't find them."
"How convenient." She nearly growled beneath her extracted fangs. She hated how the moonlight shimmered across his muscular abs and the indentations of his hips.
Cass laughed, deep from his belly. "It wasn't intentional, Kat, if that's what you're thinking. I never worry about my clothes. It's freeing. Not like anyone is going to see me anyway. No one's out here. Didn't think to grab an extra set for you."
Kayci forced herself to stop staring. She lay back on the ground, admiring the moon once more. Desperately trying to erase his delectable image out of her mind. His quiet footfall moved toward her. He rested himself next to her, his hands behind his head. Not a care in the world, as usual.
She felt the heat radiating off his body, his warm masculinity and rugged scent much too close.
"You led them to me?"
"Figured it would get your predator instincts to kick in."
"The blood wasn't you, was it?"
"Just a scratch. No big deal."
She leaned up on her elbow and looked him over. She hadn't even noticed the broken flesh on his shoulder. Her head tilted. She examined his closed eyes, then gently licked the blood from the wound. He tasted amazing. Luscious. Savory. Just as she thought he would.
His eyes jerked open. His gaze froze her. He trembled. His manhood stiffened.
"Kat." He threatened to ravage her just with the whisper of her name.
"Sorry." She giggled. "Couldn't help it. Vampire, remember?"
"Just friends, remember?" He tilted toward himself. "You're making it difficult."
His husky voice amused her. She giggled again. Decided it was best not to tell him how delicious he tasted. She laid her head back down.
"Right. That wasn't fair."
She could feel his steely gaze.
"What isn't fair is that you still have your clothes on."
Kayci raised her brows. Her head tilted toward his predatory gaze. His wolf eyes moved over her like a savory meal.
"Easy now, wolf. This was your idea, not mine."
"Yeah, but I feel at a disadvantage. You've seen me. I haven't seen you."
"And it's going to stay that way."
"You sure?" His question came out more of a statement, his confidence in her attraction apparent.
Kayci sat up on her elbow as she met his gaze and smiled. "Is this how you get all the ladies? Bring them into the woods under the beautiful moonlight and then tempt them with your attractive naked body?"
Cass grinned. His playful, arrogant grin. "You finally admit it. You do find me attractive."
"Of course, Cass. What woman wouldn't? Look at you. It's like you've been plucked right out of an underwear ad. You're stunning, but I'm not the kind of woman who loses herself over every sexy male she encounters."
She saw the defeat in his expression. He lay back, resting his hands behind his head.
"No, you're not." 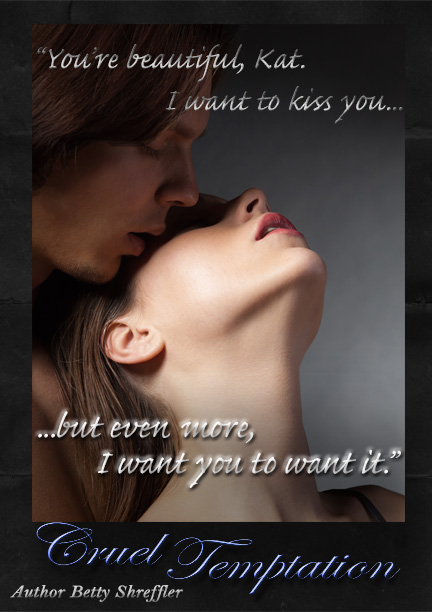 Betty Shreffler is a self-proclaimed nerd and nature enthusiast obsessed with folklore, photography, writing, reading, movies, board games, hiking, gardening and spending time with her husband and five fur babies. Not necessarily in that exact order though. During her outdoor adventures she's been face to face with an alligator, a bear and a coyote, making for some of the most memorable experiences of her life. She loves to capture and share the world's beauty through the lens of her beloved Nikon camera. Her work experience has been diverse from working as a Ranger for the National Park Service to management positions in Fortune 500 companies. She’s lived in four different states and moved homes twelve times. She received a BA in organizational management and minor in sociology, although her heart has always belonged to writing and photography. Growing up, she read romance or supernatural novels and jotted down poems and short stories to express her emotions and alleviate the characters' voices in her head. Not much has changed, only now her stories are lengthier and her characters more interesting. 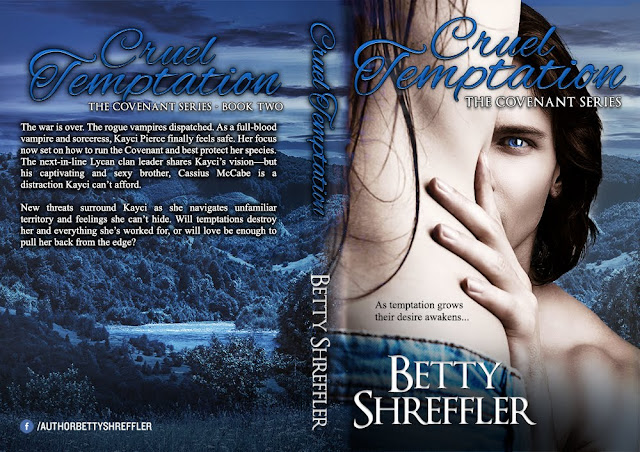