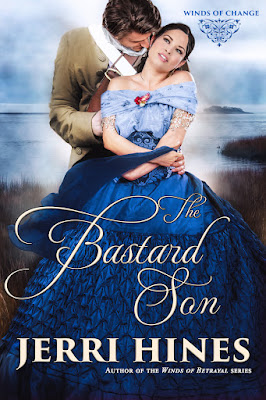 Sumner Meador walked in a world of wealth and privilege as part of Charles Town’s elite, but that was years ago. Now he fights in the Southern backwoods driven by the passion he holds for the Patriot cause, shadowed by his past. Reeling from a devastating defeat at the hands of the British, Sumner seeks haven at his farm, only to find an interloper—an unwelcome and unwanted distraction. He has no time for the young woman or the complications she brings with her, but soon discovers he has no option but to give aid to the stubborn, courageous beauty whether she wants it or not.

Jane Kilmer has been violently thrust into the midst of the civil war ensuing in the backwoods. Hiding from one of the most dangerous vigilantes, Jane trusts no one. Suddenly, she has no choice but to put her life in Sumner’s hands. Both desire revenge, but neither wants what happens—to fall completely, undeniably in love with each other. As the war rages around them, their love is put to the ultimate test. The question becomes not whether their love will survive, but will they.

Author's Note: This book was previously published with Whiskey Creek Press as Another Night Falls under the Tides of Charleston Series.

Night had fallen. Everything had been set for the evening. The horses fed; the dishes cleaned. Warren promised to bring a cow next time out, although Sumner didn’t see the necessity since he wasn’t planning to be around here for long. But there again, the girl might enjoy fresh milk.

Jane prepared another fine meal for supper. She was a good cook, but he expected she had cooked from an early age.

Walking back from the barn, he found her sitting on the porch, smiling up at him. In the fading light, she looked beautiful. She had taken off her cap, leaving her hair down in a braid over her shoulder.

For the life of him, he couldn’t get the thought of having her in his arms out of his head, with her firm breasts pressed against him…her body arching instinctively to his.

Warren hadn’t even suggested it would be harmful to leave a young, innocent in his care. Perhaps, Warren thought it the lesser of the evils in her life.

“Thank you for the supper, Jane. I was thinking of retiring for the night.”

“I will do so shortly.” Rising, she moved over to the railing and stared out into the coming night.

Go, leave her. Instead, he came up behind her. “Are you feeling well? I know you still have the effects of the bump upon your head.”

“I have recovered,” she whispered. “It is not what bothers me. I feel so lost. I had thought I would at least have my grandfather’s land after…”

“We are working on a plan to remove you from this area. I know of people where you would be safe and won’t have to worry until after this war is finally over.”

Turning, her eyes met his. “I don’t want your pity.”

“It isn’t pity I feel for you.” With the words, all his good intentions dissipated with a strong craving to have her back in his arms. He gently caressed her cheek. “Run, Jane, from me.”

She made no movement to leave him. She lifted her face up to his. He needed nothing else for his lips to descend upon hers. He would have stopped if she pulled away. She did not.

His kiss deepened, devouring her with his lips. His hand lowered, caressing and smoothing along the curves of her body.

“I want you, Jane,” he whispered. “More than I have ever wanted another. You feel it also…this longing between us. Tell me you do.”

He talked no more, but swept her in his arms and answered the dictates of his body. In quick strides, they were in the bedroom, making quick work of the barrier that lay between their bodies and their desire. 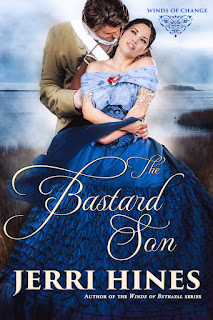 Book One: The Governor's Daughter 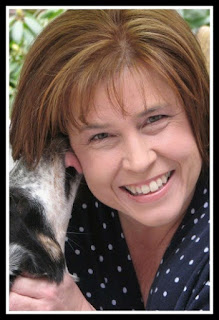 Jerri Hines is an Amazon bestselling author of the Winds of the Betrayal series and Southern Legacy serial that were inspired by her fascination with history. She is a Southern gal who has lived the last thirty years near Boston with her Yankee husband. She believes in love and the power it holds. It is the reason she writes romances. Her next release under Jerri Hines will be the much anticipated conclusion to Winds of Betrayal, Set Fire To the Rain, coming in 2016.

She is also an Amazon Bestselling author under her penname, Colleen Connally. Her historical romance series, Secret Lives, is riddled with romantic suspense and a touch of paranormal. Fragmented, Book One Boston's Crimes of Passion, marks her first contemporary suspense thriller. Framed, Book Two, will be released in 2016.

She is a supporter of The Home For Little Wanderers in Boston and the Alzheimer's Association.

Jerri has limited spots open on her Street Team. If you are interested, please click here to send her an email.