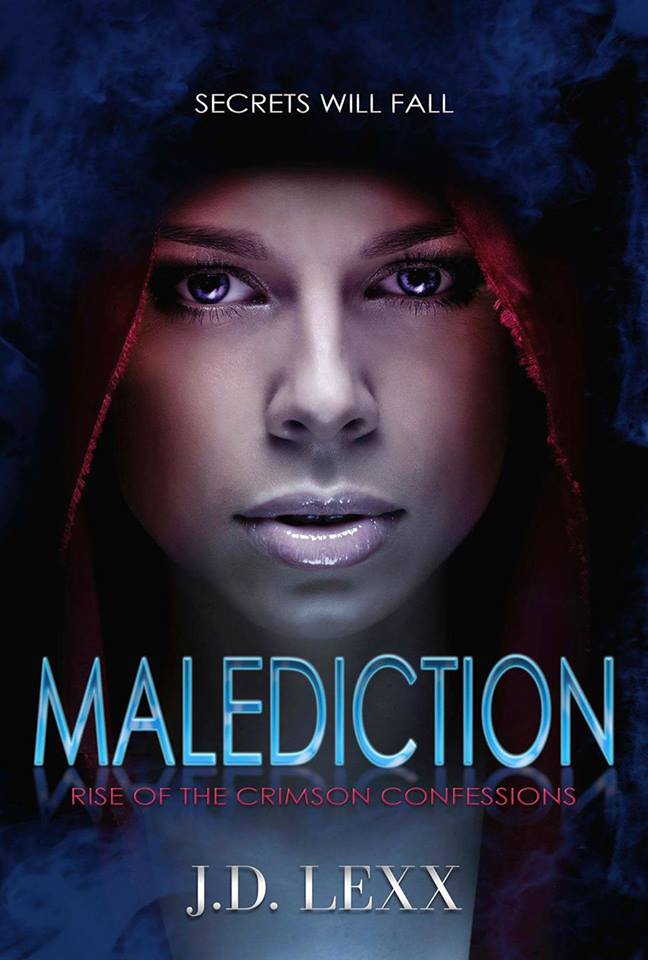 Some devote a lifetime to the endless pursuit of love. Others spend even longer trying to outrun it. Between the shimmering lights of Paris and New Orleans’ commercialized sin, author J.D. Lexx embarks on his latest hunt. Once content to walk blindly in the light, these days he prowls a different world, one of shadow and sensuality where flesh yields to the probing hungers of fantasy. Driven by painful reminders of opportunity left unseized, he roams, tirelessly seeking the next in a growing collection of Crimson Confessions. Yet these tales of conquest and seduction which have brought such notoriety are merely bait for a more transcendent prey. The one he truly stalks is infinitely more elusive, and lethal in her charms. To win her over, and write the happy ending to this unfinished story, an infamous collector of secrets must now lay his own bare for all to see. Chasing a trail of enticing exploits stretching from Sin City to Prague, every stop leads him back to the beginning…and one step closer to her.

Determined to retake control, I feathered a caress over the sloping muscle of her abdomen while fighting to my last breath the urge to explore her body further. As I took one step back to unsteady her balance, she instantly countered, throwing her palms against the wall behind her and launching the both of us backward. On the far side of the hall, we slammed with a crash so violent that it dislodged a pair of antique mirrors from their mounts. Moments later, I finished the job. As I shook off the impact of not one, but two bodies, she dropped to the ground, ripping my belt away and heaving it down the staircase. For a passing second, I humored the desire to leave her there on her knees, at the mercy of the beast she seemed determined to unleash. Any longer, however, and she risked getting herself into real trouble. With a grunt of reluctance, I lifted her to her feet and spun her hard against the wall. This time, both mirrors collapsed under the force of the blow, unleashing a deafening roar to each side as bronze frames hit the floor and rained shards of glass over ancient oak. Looking to one side and then the other while helplessly bound by my grasp, she shook her head and spoke softly, “Fourteen years of bad luck. I hope I’m worth it.” “You better be.” I pressed her firmly to the paneling with an added shove for emphasis, and then raked slowly up her sides. Keeping her shoulders glued to the wall, her lower body began to buck as the random whimper escaped her lips. Eventually, every inch struggled to break free and lurch forward for my lips but I allowed nothing on her terms. With a punishing tug of her hair, I held her still and licked a trail up the warm pulse of her neck. Near enough to taste her lips, I leaned in to stake my claim with that first deep kiss, mangling her blouse in desperation I could no longer control. With a starved tug of fabric, the top two buttons flew free to bounce across the floor, just as the resurrected power grid kindled a soft amber glow. While my eyes adjusted, I caught a first glimpse of the crucifix revealed by my assault. I can’t tell you how long it kept me at bay as the receding darkness left me once again accountable for my craving. For the first time that evening, I looked into her eyes, squarely and honestly, and reaped all the shame that she had sown. In the rekindled lamp light, I saw only a young girl, and the trust I had so long refused to break. “I have to get back,” I said, dropping my guilt-laden gaze to the floor. To this day, those words stand among the most difficult I’ve ever uttered. I knew perfectly well the repercussions they would echo, if not for how long they would do so. No longer had I sacrificed my opportunity for her unwitting benefit. I had now formally rejected it. Fourteen years of bad luck, indeed… As I turned to leave her trembling in the hallway, I feared the curse may have already taken hold. The moment I stepped again into solitude, that fear gave way to certainty. With a broken breath, I stepped to the bedside to take an icy hand in my own, realizing immediately that I’d returned just minutes too late. I collapsed back into my seat and buried a roar of resignation deep between my palms, grudgingly accepting the unpalatable truth that I had failed not one, but two vows that evening.

"Malediction is a creatively written masterpiece.. I was not sure what to expect but Wow!!" --Rachel Jones

"An original uniquely written story that is guaranteed to command your attention from beginning to end!!" --Missy Harton

"This book was a pleasure to read from cover to cover and one that I will most definitely read again...yes, it's that good." --Julie Cameron

"If a curse can be an addiction then "Malediction" is drug for the senses. J.D. Lexx invites you into a world that stamps your emotional passport, the emblem of his world is indelible." --D.K. Silver

"The way the story is told is so completely rare and eloquent. It is another example of creativity in its finest form. Keep writing, Mr. Lexx. I CRAVE more from you. ;-)" --Kari Nappi

Facebook | Twitter | Amazon | Website | Blog Join Lexx’s Lair and keep up to date with all the Lexx news and listen to his recent interview – the podcast is LIVE!
International attorney, award-winning journalist and last of a modest raconteur bloodline, J.D. Lexx has been a storyteller for most of his life and a student of humanity for even longer. Perhaps it’s no wonder that he takes such pleasure in the subtle tease of the written word, in kindling curiosity with every shared tale, then daring the imagination to continue on beyond The End. A traveler by nature, Lexx spends most of his time between the frenzied streets of New York and the slower pace of New Orleans’ Vieux Carre´. When not exploring the sensual psyche through his writing, he can usually be found honing his skills in the kitchen or working alongside charitable organizations to promote literacy and tolerance– two causes not only reflected in his work, but forever dear to his heart.