One last chance.
That's all Luke Collins, local bad boy and motocross champion, has to not only find his redemption, but win back the girl he lost. He'll stop at nothing to make her his, even if it means playing dirty.
Lara Jacobs doesn't want her heart broken again and refuses to give Luke a second chance. After he left her after their one night stand, she ran right into the arms of her close friend, Grayson Moore. He's always loved her, and he's determined to make her see he's what she needs.
However, in life nothing goes as planned and tragedy strikes. After a fatal accident nearly claims Lara's life, she's left inside a world she can't remember. Her memories are gone, including those of the men vying for her heart. Grayson sees her loss as a possibility to forget her love for Luke, but Luke sees it as an opportunity to start over. All he wants is one last chance to show her that she's the one he's been in love with all along.
*** An updated version of One Taste has been included in Last Chance with all new scenes. I highly recommend reading it again. *** 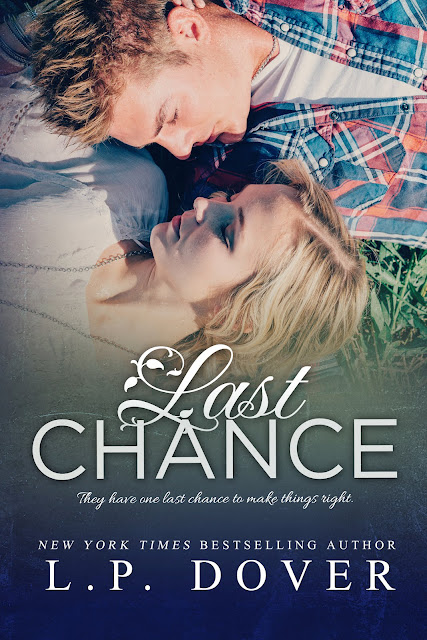 “Why can’t I go in there and tell her I’m sorry? She needs to hear it from me.”
“No, she doesn’t because she won’t believe it. You need to do a lot more than tell her you’re sorry. Actions speak louder than words. And until you can show everyone you’ve changed, it’s best you stay away from her. It’ll only make things worse.”


“What if I go in there anyway?” I questioned, crossing my arms over my chest. I didn’t want to fight Evan, but I was getting desperate. I needed her forgiveness, for her to know I never meant to hurt her.
Evan huffed and closed his eyes. “You’ll have to go through me first. Lara doesn’t want to see you. She’s with someone else now.”
It was as if someone had sucker punched me in the gut, the air being ripped out of my lungs as I took the hit. Summer groaned and I glared at her. “Is that true?”
“Yes, but I don’t see how that is any of your business. She’s happy, so leave her be.”
“Fuck that,” I shouted. “I’m going inside.” I tried to push past Evan, but he blocked me. We faced off with each other, the tension rising.
Summer stepped between us with a hand on each of our chests. “Guys, this is stupid. You’re friends.”
I scoffed and backed away. “That’s where I beg to differ,” I said, glaring at Evan. “If our situations were reversed and it was Summer inside, I’d let you go to her. I would give you the benefit of the doubt and accept that you’ve changed. But you’re not going to do that, are you?”
Evan’s face softened and he sighed. “I would, brother, but this night is special for Summer and Lara. The last thing they need is you and Grayson battling it out. I have no doubt he’ll come after you if you go in there.”
I faltered, the anger welling in my chest. “Fucking Grayson? That’s who she’s with?”
“Can you blame her? He was there for her, after everything you put her through,” Summer said.
Peering down at her, I hoped she could see the determination in my face. “You tell her it’s not over. I’m not going to give up.” With those final words, I jumped in my truck and sped out of the parking lot. The thought of Grayson touching her made me so goddamn furious. I didn’t care if she was with him . . . I wasn’t going to give up. 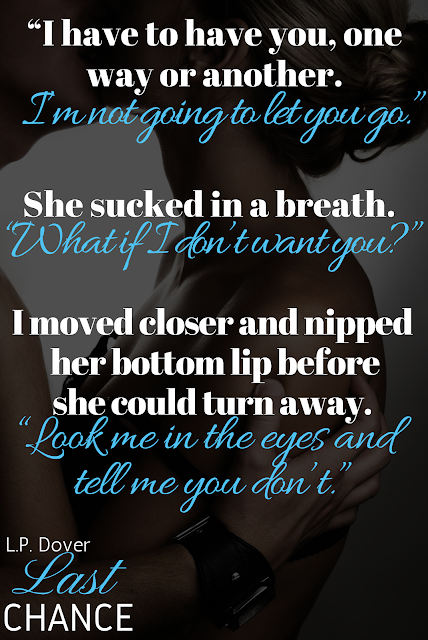 New York Times and USA Today bestselling author L. P. Dover is a southern belle living in North Carolina with her husband and two beautiful girls. Before she began her literary journey she worked in periodontics, enjoying the wonderment of dental surgeries.
She loves to write, but she also loves to play tennis, go on mountain hikes and white water rafting, and has a passion for singing. Her two youngest fans expect a concert each and every night before bedtime, usually Christmas carols. Dover has written countless novels, including her Forever Fae series, the Second Chances series, the Gloves Off series, the Armed & Dangerous series, the Royal Shifters series, and her standalone novel Love, Lies, and Deception. Her favorite genre to read and write is romantic suspense, but if she got to choose a setting in which to live, it would be with her faeries in the Land of the Fae. 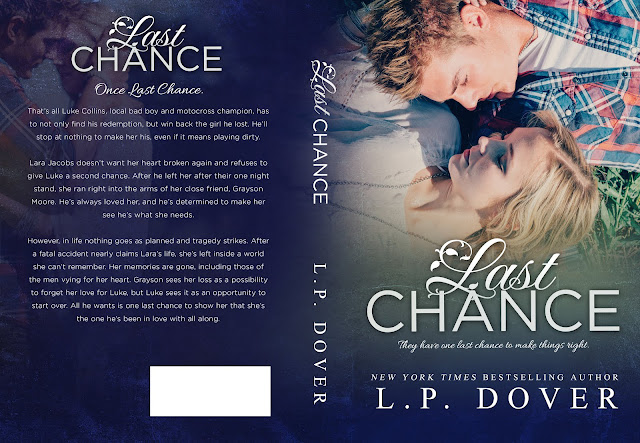