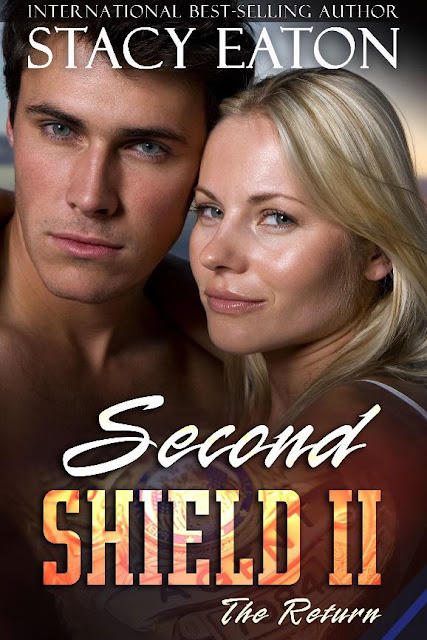 Six weeks after the biggest case of her life, Sgt. MacKenzie “Mack” McCallister receives information that changes her future. With the man she loves on the opposite side of the country, Mack isn’t sure she can do it on her own.

Special Agent Andrew Cooper is dealing with the hardest thing he has ever had to face, and in order to do it, he must shelve his feelings for Mack and pray that she will be there when he returns.

As time passes, Mack focuses her attention on the serial killer investigation and forces thoughts of Drew out of her mind. When emotions are running high, Drew returns, and everything in Mack’s world is turned upside down.

It will fall to Drew to figure out the missing pieces of the serial murder investigation, but will he be able to do it before he loses Mack forever?

I was about halfway down the hallway when Mack walked out of the unit door with someone and turned the other way. She was with Chris Carley, and he jerked her arm to a stop and towered over her.

“You’re not going,” he stated firmly.

“Get the hell out of my way, Chris. This has nothing to do with you. That is one of our guys out there that was shot, and I’m going out to the scene.”

“Mack, babe, do we know if the shooter has been caught? I don’t want you out there if he hasn’t.”

I came to a stop ten feet away when I heard him call her babe.

Chris grabbed her face and held her still, and my heart skipped a beat. “Mack, the doctor told you last week you needed to slow down. Honey, you shouldn’t be going out there. This isn’t good for you.”

Honey? What the hell was I witnessing? And what was wrong with Mack that she needed to be under medical care?

“You’re not going,” he repeated firmly.

“Listen, Chris, you are not my husband or my boss, so get the hell out of my way.” She tried to sidestep him, but he held her firm.

“Mack, please, stay here. I can’t afford to have you get hurt. Think about this, please.”

He leaned his forehead down on hers as my heart stopped in my chest. What the hell did he just say?

“Chris,” she pulled back and touched his face in an intimate way, “I get it that you’re concerned, but I have to go. It’s my job. If it was one of your guys, nothing would stop you. I’ll be careful, I promise.”

“Fine, but I’m going with you.” He leaned down and placed a kiss on her lips the moment before Jose rushed out the door and almost knocked into them. He spun around to avoid them and saw me, his jaw dropping in shock.

“Drew! What the hell are you doing here?” Jose called out, and Chris’s eyes flipped up over Mack’s head and slammed into mine. A look of pure shock crossed his face as he took me in. Mack spun away from Chris to face me and that was when the wrecking ball slammed into my chest; all I could see was her very large stomach.

“What the hell?” The words slipped through my suddenly-dry lips. 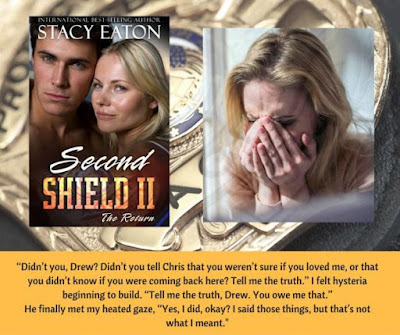 Detective Sergeant Mackenzie McAllister leads a team of police investigators. When the new kid, Drew Bradley, joins the squad Mack is bound by duty to show him the ropes. The chemistry between them is immediate, but with Mack being twelve years older, she fights becoming entangled with the young sexy detective.

Drew enters the unit, not only to help with the investigation they are conducting, but to find out what is really going on inside the walls of the unit. Working with the intense and strict Sergeant Mack is invigorating, but between the need to protect her and his second shield, he is at a loss and falling hard.

Together they will uncover the evil from within, and try to deny the passions that rage between them. Who in her unit is trying to keep her from finding out the truth? Who will take a life that will draw them closer? And what are the secrets hidden behind the shield?

NOTE: This book does contain a cliff-hanger. 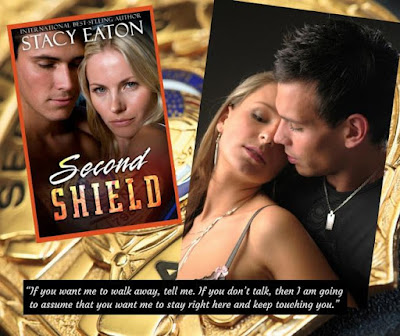 Stacy Eaton began her writing career in October of 2010 and as each year goes by, she releases more and more novels. Stacy recently took an early retirement from law enforcement after over fifteen years of service, with her last three in investigations and crime scene investigation. Stacy resides in southeastern Pennsylvania with her husband, who works in law enforcement, and her teen daughter who is working toward her second degree black belt in Tae Kwon Do and on the choral and cheerleading squads at school. She also has a son who is currently serving in the United States Navy. Stacy is very involved in Domestic Violence Awareness and served on the Board of Directors for her local Domestic Violence Center for three years. She continues to volunteer with them when she has time.