Release Blitz & Giveaway ~ The Killer In You by Dakota Madison 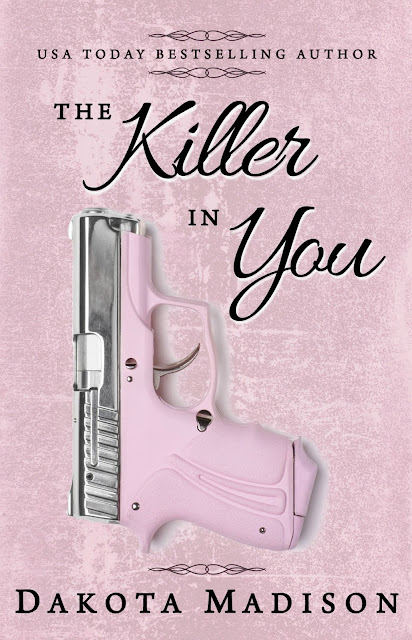 Falling in love with your boss's wife is never a good idea, especially when you're a mobster.

Mia Corrado can't remember the last time she had sex with her husband, Nicky. He's been preoccupied with his job as the head of New Jersey's most powerful crime family, and all of the wild oats he sows on the side.

When Nicky tells Mia he's too busy to attend her college reunion, and wants to send one of his underlings to accompany her, Mia is completely fed up.

Until she discovers it is Luka Russo who will be escorting her. He's handsome, charming and sensitive, definitely not the typical mobster.

Mia is completely captivated by him.

And Luka is just as smitten with Mia.

But if they act on their feelings for each other Luka may end up sleeping with the fishes. 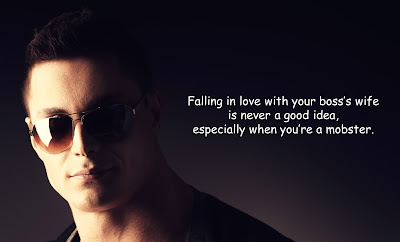 What I think might be a quiet day turns out to be anything but. As soon as the boss enters our small office I can see he’s got something on his mind. The lines etched on his forehead are more prominent than usual and his lips are puckered.

I know better than to ask what’s wrong. He’ll tell me when he’s ready. Then he’ll make me solve whatever difficulties he’s dealing with.

That’s the way it works in this business. As the underboss I’m the one who makes all of the boss’s problems go away.

Nicky likes to keep his legitimate business, the Pizza King, separate from his not-so-legal business dealings, so the office we use for our mob activities is located in a strip mall between a nail salon and a copy shop. Our front is a real estate office, but we never actually have any listings or sell houses. But we do have a broker, who makes a nice salary for sitting out front and handling any walk-ins or phone calls.

Nicky takes a gulp of his black coffee before he turns his attention to me.

“There’s something I’d like for you to do.” He points a finger at me. “You’re the only person I can really trust.”

Good morning to you too. “Anything. You know you just have to ask.”

A few months ago someone tried to whack Nicky. Luckily the shooter botched the hit. We all thought the Philly-South Jersey crew was responsible, but we haven’t found any proof yet.

Maybe Nicky discovered something and he’s ready for retaliation.

“I’d like you to escort my wife to her college reunion.”

That’s completely out of left field. “What?”

“Her reunion,” he repeats a little louder, as if hearing him was the problem.

The problem is the request is ridiculous. As fond as I may be of Mia, babysitting his wife isn’t in my job description.

“Why can’t you accompany her?” I realize my question may come across as insubordination, which is definitely frowned upon in our line of work, but his request goes above and beyond my job requirements.

Break a guy’s legs; that’s something I can do in my sleep. Take his wife to some dance; I don’t think so.

“I don’t remember this being a democracy. I give the orders and you carry them out. That’s the way this thing of ours works.”

I blow out air hoping to make his request somehow magically disappear. No such luck. He’s looking at me with anticipation.

“When is her reunion?”

“Labor Day weekend.” He gives me a sly grin.

He’s been talking our ears off about going to Tampa for the holiday weekend to spend time with his new comare. Apparently she’s a hot young nurse and he’s crazy about her.

Even though it’s common for guys like us to have mistresses it’s not something I approve of. I’ve never been a believer in multitasking, especially with affairs of the heart.

I believe a man should cherish the woman he has at home, especially if she’s the mother of his children.

On this point I differ from nearly all of my friends. Most of the guys in our crew want to have their cannoli and eat them too.

He nods. “Bookman is a small town. The hotel was sold out, but I was able to talk the owners into renting Mia one of their suites. It has a separate bedroom and you get the sleeper couch in the living room.”

I remember driving through Bookman once on my way to Old Town. I blinked twice and missed the place.

“Why do you need for me to go with her?”

“Because I said so. Isn’t that reason enough?”

“Of course, but is there anything specific I should be doing while I’m there?”

He nods. “You need to make sure no one touches Mia. Capisce?”

“Do you really think that’s going to be a problem?” Not that I don’t think his wife is an attractive woman, but she seems to be devoted to Nicky.

The two of them were high school sweethearts. They’ve been together for years.

“I attended one of my high school reunions.” He holds up his index finger for emphasis. “I know what goes on. A lot of reconnecting with old flames. I don’t want any of those guys even thinking about reconnecting with Mia.”

He makes a point of staring at my crotch, as if I’d engage in any type of indiscretion with his wife. I value my job, and my body parts, too much.

“Have fun dancing to Marky Mark and the Funky Bunch.” 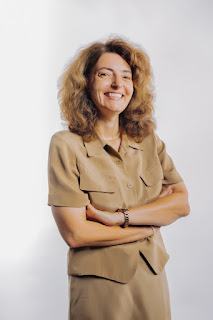 USA TODAY BESTSELLING AUTHOR Dakota Madison is known for writing new adult, love in midlife, and contemporary romance with a little spice and lots of heart. Dakota is a winner of the prestigious RONE Award for Excellence in the Indie and Small Publishing Industry. When she's not at her computer creating spicy stories Dakota likes to spend time with her husband and their bloodhounds. Dakota also writes under the pen names SAVANNAH YOUNG, SIERRA AVALON and REN MONTERREY.