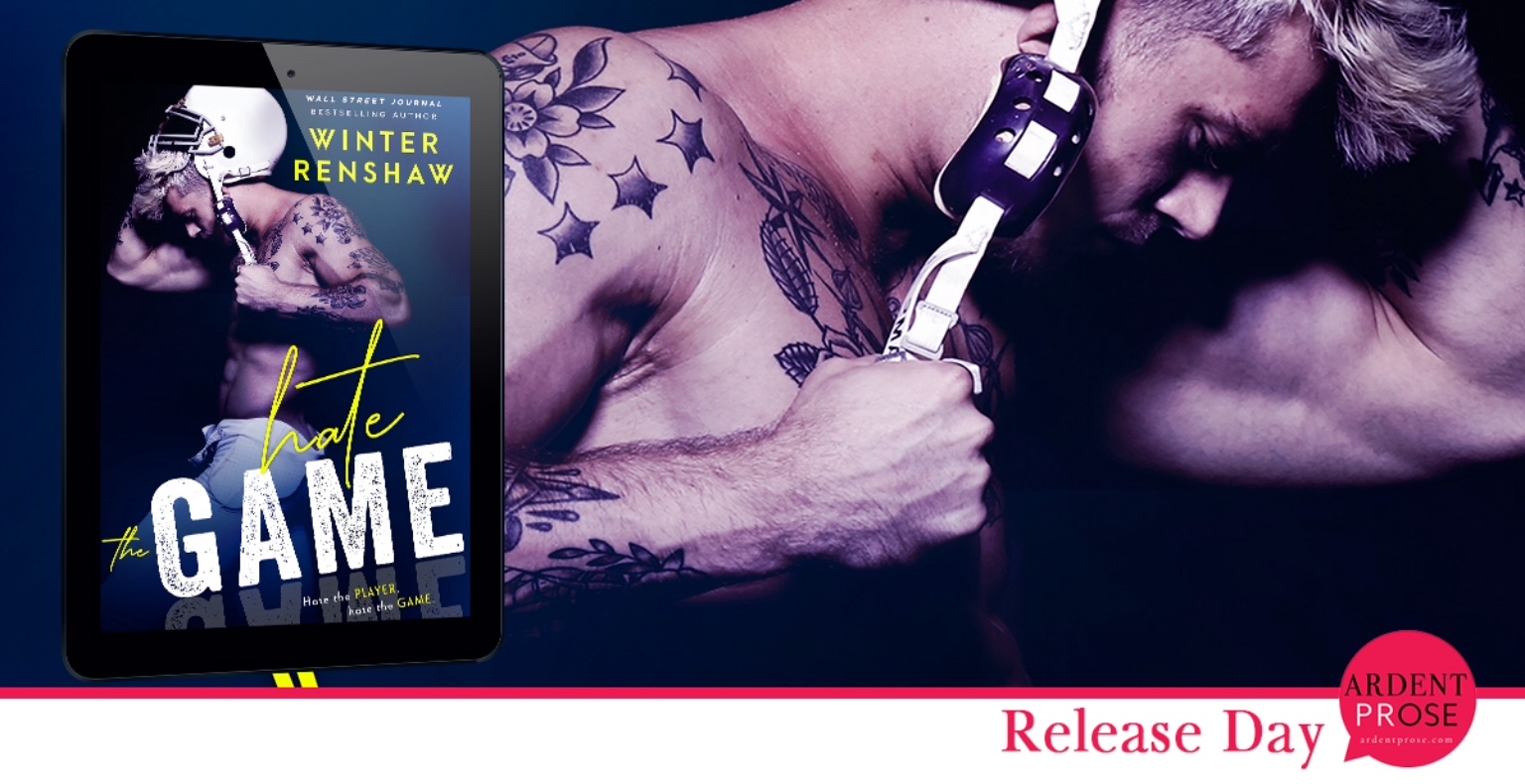 Talon Gold is a lot of things: good at football, bad at love. Obsessed with scoring, refuses to play by the rules. Cruel. Relentless. Brilliant. Intoxicatingly attractive.


Despite his demanding reputation and propensity for being the most arrogant a-hole ever to strut Pacific Valley University’s picturesque campus, everyone wants a piece of him: coaches, scouts, and pretty little campus fangirls with pouty lips and perfect top knots.


But Talon … he only wants a piece of me.


And four straight years of infuriating rejection means I’m almost positive he’d take a night with me over a national championship trophy.


But I’m no fool—he only wants me because he can’t have me. And with graduation approaching, time is running out. He’s more desperate than ever, pulling out all the stops and doing everything in his power to get in my good graces.


They say, “Don’t hate the player, hate the game.”


Sorry, BMOC. This victory? Not going to happen.

He scoffs, taking a sip of his beer.

“These are your glory days,” I add. “You should enjoy them. Take full advantage. You shouldn’t be pretending to be annoyed by all this attention all because you’re trying to impress some girl who doesn’t even want to be impressed.”

“Not trying to impress you.”

“All right.” He nudges his shoulder against mine. “Maybe I am. Just a little.”

“Just like that?” he asks. “And just because you say it does?”

“Pretty much.” I stand, stretching my legs. A small shiver works its way through me and from here, the house looks warm and glowing and a million times more inviting than it did before.

Talon rises, towering over me with his eyes locked on mine. “Why do you hate me, Irie?”

“Just because you’re not my type and I don’t want to date you doesn’t mean that I hate you, Talon. I don’t even know you—how can I hate someone I don’t know?”

“How do you know I’m not your type if you won’t take the time to get to know me?” he asks.

Fair enough. “Maybe I don’t know you, but I know enough about you to know you’re not my type.”

“Says the guy who’s fucked half the school.” I fold my arms and glance down. That was a little harsh even if it’s true.

I challenge myself to meet his accusatory stare, to own my stance. “I told you earlier … you have a reputation. I’ve heard girls talk about hooking up with you. I’ve heard about the way you treat anyone who so much as thinks they might have a chance with you. Forgive me if I’m trying to steer clear of your warpath.”

“Irie, you are the reason for that warpath,” he says, his tone callous and his jaw flexing.

“So I’m supposed to be flattered? You treat other girls like crap because they’re not me? Is that what you’re trying to say?”

“Am I though?” I angle my head to the side, my mouth twisted as I fight a smirk. Maybe I’m flirting. Maybe I’m also making a point.

Talon is looking at me like he’s two seconds from devouring me—my mouth specifically. His tongue wets his full lips and his left hand tightens at his sides, like he has to refrain from allowing himself to touch me.

There’s a lot of clout standing before me.

An insane amount of restraint.

He’s mere inches from the only thing he wants—the only conquest he can’t have—and it’s physically torturing him.

To wield this kind of control over someone so powerful is a sensation unlike any I’ve experienced before … and in an unexpected turn of events, my nipples harden, my sex tingles, and my lips swell with a curious ache.

In my defense, I’m not normally aroused by torturing people.

In his defense, he’s not normally used to reoccurring rejection.

This is quite the standoff we have going.