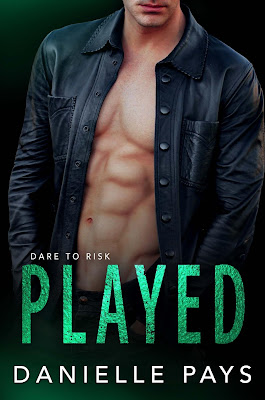 
If he doesn't pay up, everyone will.
But no way he's playing their game...
...until his blackmailer threatens Tara.
Tara fought her way back from scandal once to build a successful career. With her own morning TV show, her life now is almost perfect.
Hiding out in a small cabin with Tara was not part of Jake's plan, but the latest threat includes her, and it's the only way he can protect her.
Tara's not having any of it. From her view, Jake is arrogant, infuriating, and does nothing but argue with her. If he would only stay out of her fantasies.
When sparks fly, with the blackmailer closing in, Jake's not sure who'll take him down first--the blackmailer or Tara.
There's a good chance both their lives may go up in flames....

Her eyes grew large as her gaze went from his hand to his chest and then down to his jeans. Her gaze paused at his jeans. “My eyes are up here, sweetheart,” he said with a full-on grin now. Oh, he liked this. “Oh, I’m sorry. I just got lost in thought—” “I bet you did.” He leaned against the counter, purposely flexing his muscles. After spending most days in the gym, he knew he looked good. Most of the time he didn’t care so much what a woman thought about it, but for whatever reason, he cared what this one thought. He leaned in so close he could feel the heat coming off her skin. She kept staring. “See something you like?” The gravel in his voice surprised him. Tara locked eyes with him. “What?” He watched as she realized what he’d said. She pushed past him and moved toward the elevator, then stopped and turned around. “Katie mentioned Ryan had a brother. She forgot to mention he was an arrogant asshole.” “Hey, I wasn’t the one staring,” 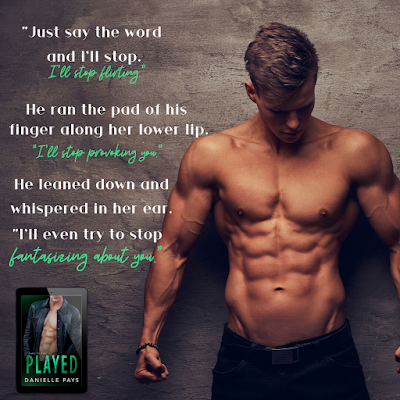